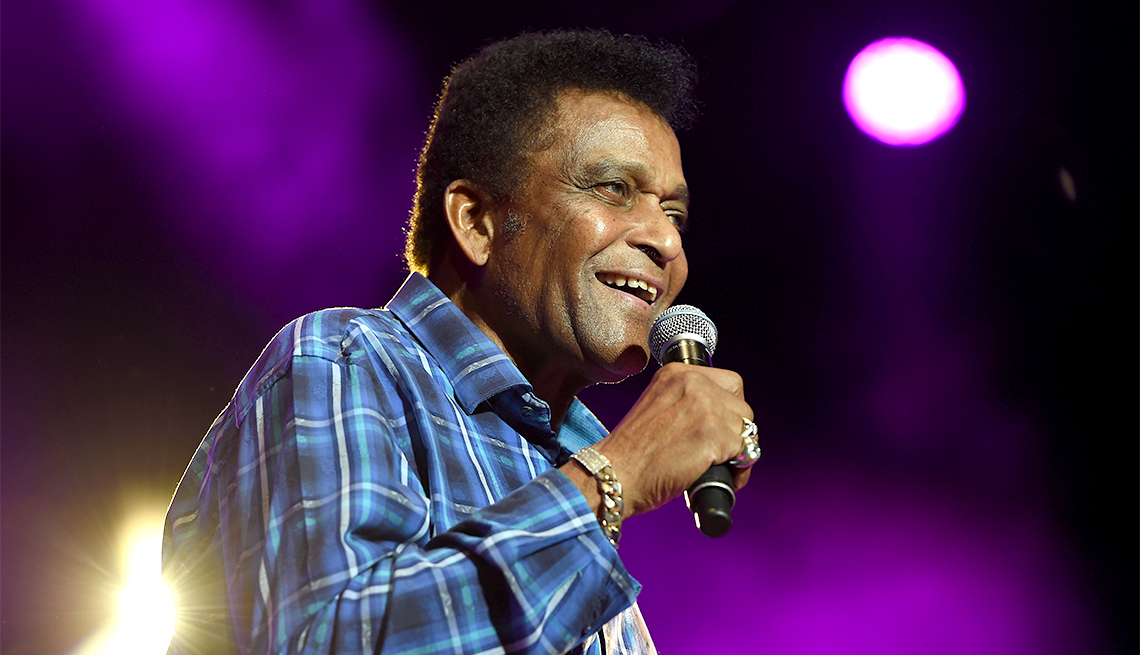 Charley Pride remains one of the most successful country singers of all time.

When Charley Pride’s first single “The Snakes Crawl at Night” was released to radio stations in 1966, his record company didn’t send out publicity photos to accompany it, fearing that country music fans would reject a black singer. Even today, country music remains a largely white industry. But Pride, who became one of the most successful country crooners of the second half of the 20th century, proved that it doesn’t have to be.

From 1969 to 1987, the singer, who was honored with a lifetime achievement award at the 2017 Grammy Awards ceremony, reeled off 29 songs that reached the top spot on the Billboard Hot Country Songs chart and totaled 52 top-10 hits. Over his entire career, Pride sold more than 25 million albums and earned a mantel full of awards, including the 1971 Country Music Association’s trophy for entertainer of the year. That was the year his signature tune, “Kiss an Angel Good Mornin’” topped the country charts and became his only song to cross over to the Billboard pop charts, peaking at No. 21. His 2017 return marked his first time accepting a Grammy in 45 years; he last graced the Grammy stage as a winner for best male country vocal performance in 1972.

Pride, who was born in 1934 in the tiny Mississippi Delta town of Sledge, took an unlikely path to country music stardom. As a youth, he was a baseball star who was good enough to spend a few years in the Negro Leagues. Baseball didn’t pan out, but it helped to launch his singing career. Working construction in Montana and playing for a local semipro club in the early 1960s, he’d entertain teammates with songs on bus rides to games. He was good enough that his team asked him to sing for the pregame crowds, which led to gigs at local country music clubs and, eventually, a record contract.

He remains the most successful black country singer of all time. In 1993, he officially became one of the country music industry’s elite when he became a member of the Grand Ole Opry, only the second African American to be so honored. In 2000, he was inducted into the Country Music Hall of Fame.

Pride is a pioneer in other ways, too. He has spoken openly about his battles with bipolar disease and depression, for which he has been treated since 1968. Despite his health struggles, his octogenarian status isn’t slowing him down. He’s now a minority owner of the Texas Rangers and annually joins the team for a few spring training workouts. And he’s still singing — in late 2016, he joined an all-star collection of country stars who belted out a medley during the opening number at the CMA Awards, and he continues to tour with his longtime backing band, the Pridesmen.