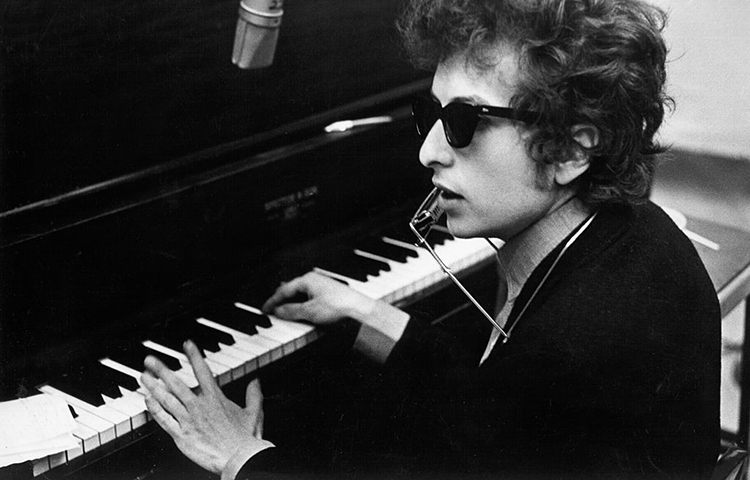 Singer-songwriter Bob Dylan won the 2016 Nobel Prize in literature on Thursday, a stunning announcement that for the first time bestowed the prestigious award on a musician for "having created new poetic expressions within the great American song tradition."

Dylan, 75, is the most iconic poet-musician of his generation. Songs such as "Blowin' in the Wind" and "The Times They Are A-Changin'" became anthems for the U.S. antiwar and civil rights movements of the 1960s. He is the first American winner of the Nobel literature prize since Toni Morrison in 1993.

Dylan's impact on popular culture was immense, and his influence as a lyricist extends to every major music figure and songwriter of the past 50 years, from the Beatles to Bruce Springsteen to Bono to Ed Sheeran and beyond.

Generally described as a rock musician, Dylan has been influenced by numerous musical styles, including country, gospel, blues, folk, pop, and rhythm and blues. He pursued them all, establishing a towering influence.

Although he had been mentioned in Nobel speculation for years, many experts had ruled him out, thinking the Swedish Academy wouldn't extend its more than a century-old award to the world of music. They were wrong. The academy's permanent secretary, Sara Danius, said that although Dylan performs his poetry in the form of songs, that's no different from the ancient Greeks, whose works were often performed to music.

Lyrics from scores of Dylan songs, such as "Blowin' in the Wind," ''Stuck Inside of Mobile With the Memphis Blues Again," ''My Back Pages" and "It's Alright Ma (I'm Only Bleeding)," have worked their way into the public lexicon over the years, being repeated over and over, much in the manner of lines from Shakespearean plays.

The literary value of Dylan’s texts is also supported by The Norton Introduction to Literature, a textbook used in American high schools and universities, which includes the lyrics to Dylan's "Mr. Tambourine Man."

Born on May 24, 1941, in Duluth, Minn., Dylan grew up in a Jewish middle-class family. By his early 20s, he had taken the folk music world by storm. From that time on, he would constantly reinvent himself, often enraging followers in the process — but then later winning them back and adding new admirers. His career was such a complicated pastiche of elusive, ever-changing styles that it took six actors to portray him in the 2007 movie based on his life, I'm Not There.

He won an Academy Award in 2001 for the song "Things Have Changed" and received a lifetime achievement award from the Academy of Recording Arts and Sciences in 1991. In 2008, he was awarded a Pulitzer Prize for his contributions to music and American culture.

In 2015 before Bob Dylan’s release of his album Shadows in the Night, he sat down for  a rare interview with AARP The Magazine. The award-winning exclusive by editor in chief Robert Love captured an uncharacteristically talkative Dylan, thrilling his fans and making it one of the most widely read cover stories in AARP The Magazine history. — AARP