Bob Dylan arrived in New York City at the dawn of the '60s and immediately set to work. He wrote "Blowin' in the Wind" and "Mr. Tambourine Man," went electric with a tumultuous performance at the 1965 Newport Folk Festival and changed the vocabulary of rock music with "Like a Rolling Stone." In the summer of 1966, Dylan crashed his motorcycle near his home in Woodstock, New York, which led to a lengthy period of withdrawal from the public eye. He was 25 years old.

The bike accident gave the rock star cover to cancel his touring obligations and devote himself to his new family. During the next year and a half, Dylan wrote dozens of songs that were given to other artists, including "You Ain't Goin' Nowhere," covered by the Byrds; "The Mighty Quinn," which was a hit for Manfred Mann; and "I Shall Be Released," which went to the Band. When he resumed his own recording career later in the decade, he had a softer, less strident style ("Lay, Lady, Lay"), and he continued to avoid live performances. But Dylan's influence extended to everyone from Johnny Cash to the Beatles. Jimi Hendrix traveled with a collection of Dylan's lyrics.

Bob Dylan prepares for his debut at Carnegie Hall in 1963.

In 1974 he returned to the stage for his first tour in eight years. A year later, he released Blood on the Tracks, among his best-selling and most beloved albums. It dealt with marriage and fidelity and the compromises of adulthood: "All the people we used to know, they're an illusion to me now. Some are mathematicians, some are carpenters' wives. … But me, I'm still on the road, headin' for another joint. …"

Dylan hit the road with a gypsy caravan called the Rolling Thunder Revue, which included Joan Baez, Joni Mitchell, Roger McGuinn, T-Bone Burnett and Ramblin' Jack Elliott. His career was at a peak, but Dylan was restless. In the late 1970s, he embraced a fire-and-brimstone Christianity. He preached from the stage: "I knew Jimi Hendrix. I knew Janis Joplin. If they knew then what I know now, they'd still be here."

In the early 1980s, Dylan stopped evangelizing. He toured with Tom Petty & the Heartbreakers and the Grateful Dead and was accompanied by Keith Richards and Ron Wood at the finale of Live Aid. He joined a supergroup, the Traveling Wilburys, with Petty, George Harrison, Jeff Lynne and Roy Orbison. But he was unsatisfied. "I had no connection to any kind of inspiration," he wrote 20 years later. "Whatever was there to begin with had all vanished and shrunk."

He threw himself into live performances. In the '90s, he played hundreds of shows with a succession of small, tight bands. For seven years Dylan released no new songs. In 1997 he returned to songwriting with renewed authority on the album Time Out of Mind, which won three Grammys, including for Album of the Year. While his peers were trying to remain youthful and up to date, Dylan wrote about aging, facing death, the dying light. The centerpiece of the album was a song with the refrain, "It's not dark yet, but it's getting there." When pressed in an interview about the focus on mortality in his new work, Dylan shot back, "I was singing songs about death when I was 12 years old."

In the first decade of the 21st century, Dylan's creativity went into overdrive. He won an Academy Award for "Things Have Changed." He released a series of critically acclaimed albums. He wrote a memoir, Chronicles: Volume One, that was extravagantly praised. Dylan's paintings and drawings sold at prestigious galleries. He set up a sculpting studio near his home in California, where he welds elaborate metal gates. It became a private mark of prestige for wealthy households to own Dylan gates.

As a recording artist, Dylan now has two careers. He regularly releases new albums — 2012's Tempest contained some of his darkest lyrics since the days of "Desolation Row" in the mid-'60s — while on a parallel track his record label puts out volume after volume of previously unreleased material. The value in Dylan's abandoned work was proved by the success of "Wagon Wheel," a song he left half finished in 1973 that was completed decades later by the group Old Crow Medicine Show. Nashville star Darius Rucker covered "Wagon Wheel," which became a No. 1 country single in 2013 and won the Grammy for Best Solo Country Performance in 2014.

President Obama presents Bob Dylan the Medal of Freedom at a White House ceremony in 2012.

In May 2012 President Obama gave Dylan the nation's highest civilian honor, the Presidential Medal of Freedom, at a White House ceremony. His fellow honorees included John Glenn, Madeleine Albright, Toni Morrison and former Supreme Court Justice John Paul Stevens. It was strange company for a rock singer, but everyone in the East Room was excited to meet Dylan. John Glenn's family said they had been singing one another their favorite Dylan songs since the prizes were announced. William Foege, an epidemiologist honored for helping eradicate smallpox, talked about what Dylan meant to him. He said that when his children were young, every evening he would get his guitar and they would all sing Bob Dylan songs. In a room filled with accomplishment, all eyes were on the songwriter. Dylan asked for a photo with Hillary Clinton and joked with Obama, who asked Bob to put on his cowboy hat for a picture of them together. The rest of the honorees stayed at the White House and mingled, but Dylan quickly made for the door. He was back on the road, heading for another joint. 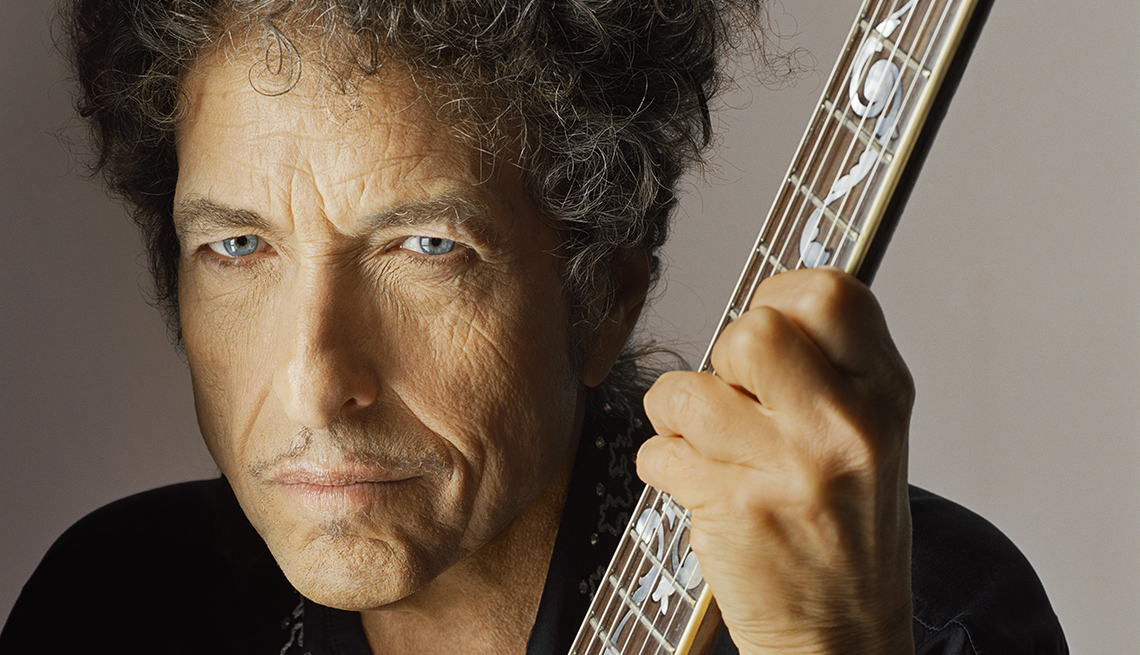 Exclusive Shadows in the Night Interview 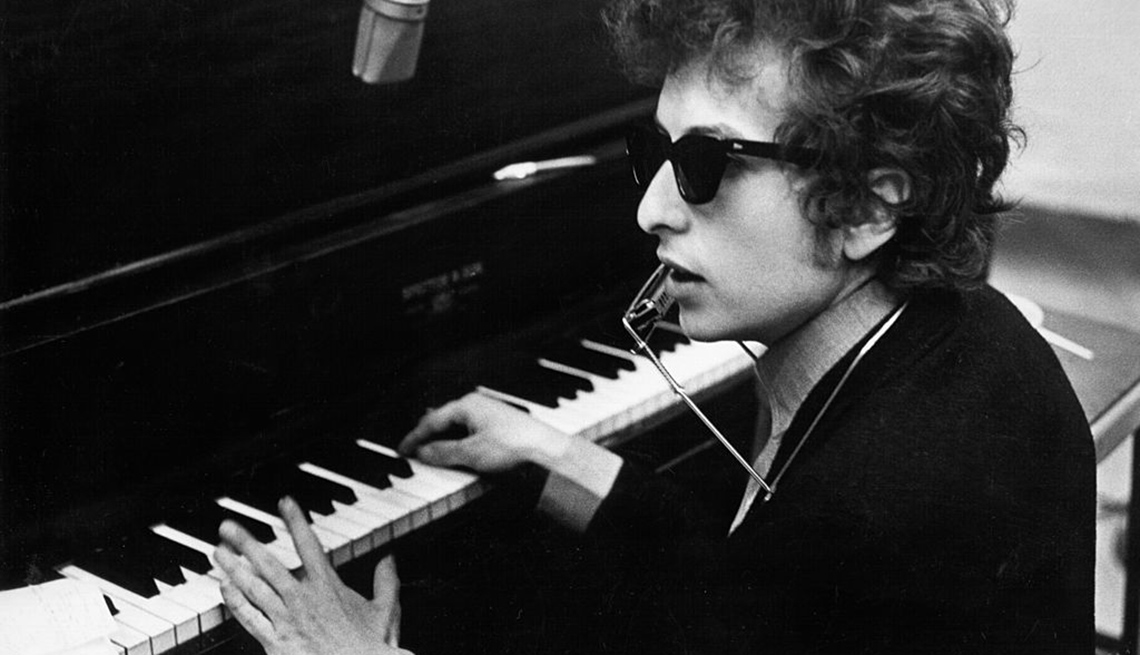 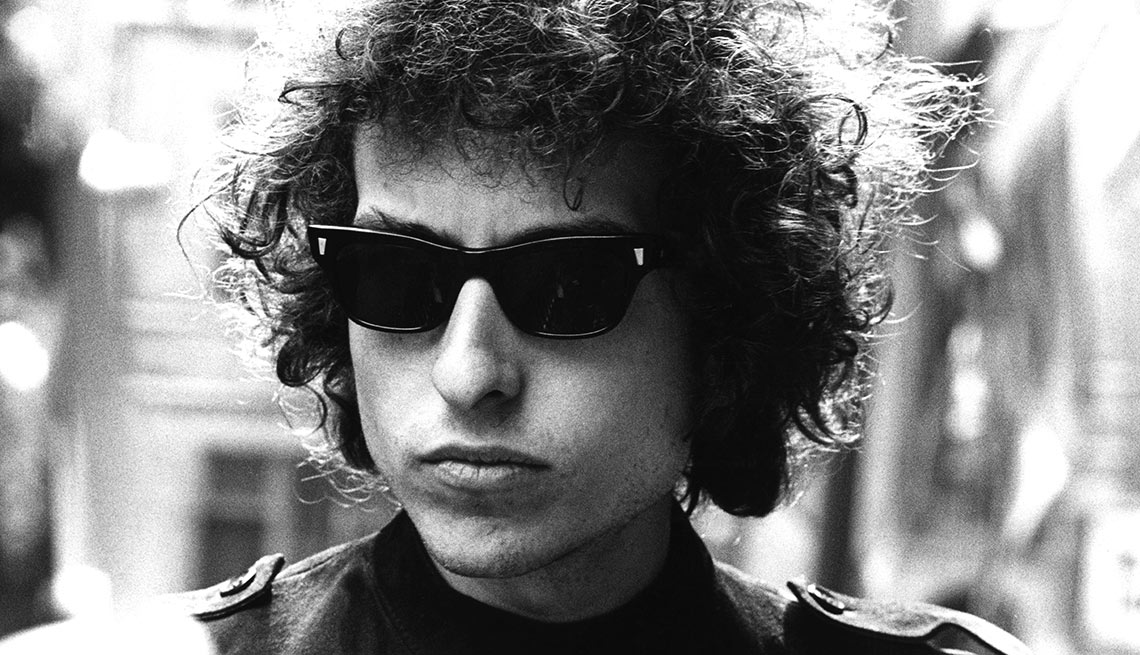 Dylan on Sinatra to Shakespeare