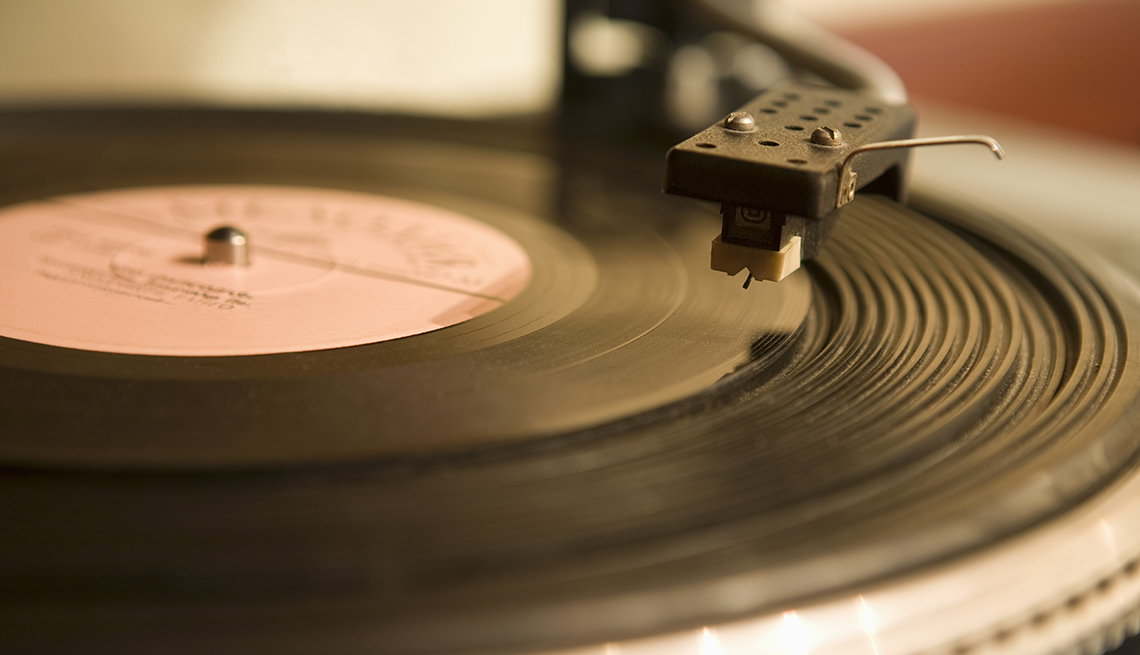 This is currently a back-to-the-future moment for vinyl LPs.

Vinyl just won't die, even though it's been pronounced dead twice already: once after the introduction of cassettes and eight-tracks, and again after CDs took over the world. Now a growing analog underground of DJs, collectors and music lovers of all stripes is once again buying vinyl records — both new releases and vintage favorites.

"You have many older customers who are rediscovering vinyl and filling their collection with old Zeppelin or Stones records," says Matt Garcia, vinyl buyer for two Easy Street Records stores in Seattle. Reports Adrienne Pearson of Amoeba Music, a renowned music superstore in Hollywood and San Francisco, "Older people are looking for albums from their youth, and 12-year-old kids want to listen to the music their parents love."

Is there gold in that old box of records in the garage? Maybe, but it's pretty rare. Adrienne Pearson of Amoeba Music says value depends on three things: condition, supply and demand.

It's not just edgy independent record stores that are stocking the old and new LPs. Mass retailers such as Urban Outfitters and Best Buy have taken note and now sell vinyl records and record players in many of their stores. And vinyl recently experienced its star moment in the movies when actor Ryan Gosling popped an LP onto his turntable in a scene in Crazy, Stupid, Love.

To be sure, vinyl sales comprise only a tiny fraction of overall music-industry revenues. But they're on the rise, with 2.8 million albums sold in 2010, a surprising 14 percent increase over the previous year, according to Billboard magazine. At Easy Street Records, owner Matt Vaughn says this is the best year for selling used vinyl in the 23 years he's been in business.

Maybe it's the sensory experience in a digital age: the warm sound and tiny imperfections, the tick of the needle as it settles on the record, the 12-by-12 inch cover artwork, or even the liner notes. Whatever the reason, this is a back-to-the-future moment for vinyl LPs, even though they may cost twice as much as a CD with the same tracks.

Paul Simon, Jeff Bridges and Lady Gaga released their new albums on vinyl. A re-release of Marvin Gaye's classic Let's Get It On album came out last year, along with a re-release of Music From Big Pink by The Band

Whether you want to listen to your own vintage discs (after a good dusting) or buy one of the hundreds of titles that came out recently, this is a good time to beg, borrow or eBay a turntable, and take a spin with venerable vinyl.