What do you need to know about Medicare? AARP's Medicare Made Easy has answers.

En español  |  The King's Speech and Secretariat are among AARP The Magazine's Top 10 Movies for Grownups this year. The rest, in no particular order, are Get Low, RED, Letters to Juliet, The Company Men, The Kids Are All Right, Another Year, City Island and Casino Jack.

"The films featured on our Top 10 list provide a daring group of must-see performances for the grownup audience,” said Meg Grant, West Coast editor of AARP The Magazine.  “From drama and period-pieces, to family comedies and romance, 50-plus actors and filmmakers have provided true entertainment this past year.”

“Our readers rely on us to cut out the kid stuff and put dynamic, character-driven films in their queues,” said Bill Newcott, the magazine’s entertainment editor and host of AARP’s weekly Movies for Grownups® radio show.

AARP The Magazine will spotlight and celebrate movies with relevance to the 50-and-over audience at its annual Movies For Grownups® Awards in early February. The year-end Top 10 list previews the annual awards, which include 16 categories — among them Best Grownup Love Story, Best Buddy Picture and Best Movie. The entire list of awards will be featured in the March/April issue of AARP The Magazine, available in late January 2011.

Begin a look at the Top Ten below. 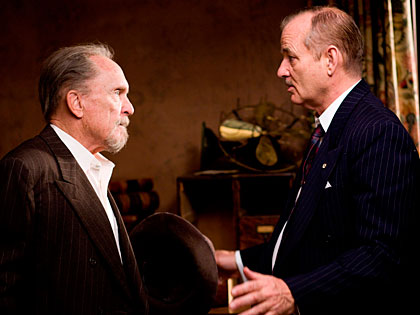 It's wrapped up in engaging performances by Robert Duvall, Bill Murray and Sissy Spacek, but at its heart this folk fable gets to the deep, dark places of regret, mortality and self-imposed isolation.

Next - Top 10 Movies for Grownups: The King's Speech 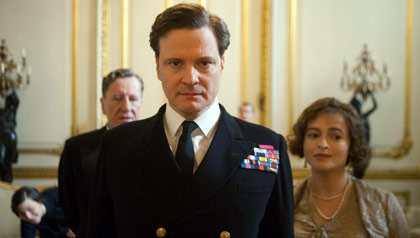 King George VI and his speech therapist — Colin Firth and Geoffrey Rush — grate, grind and growl at one another until each emerges more completely human.

Next - Top 10 Movies for Grownups: Secretariat 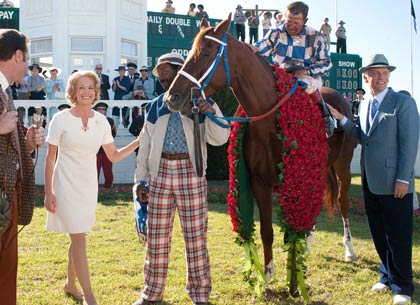 Next - Top 10 Movies for Grownups: The Company Men 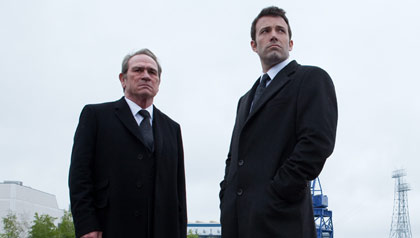 The downsizing-fed angst of American workers at midlife (or approaching it) is chillingly captured in this story of three men (Tommy Lee Jones, Chris Cooper and Ben Affleck) caught in the corporate vortex. As the carpenter who watches it all from the outside, Kevin Costner seems like the perfect pal.

Next - Top 10 Movies for Grownups: Red 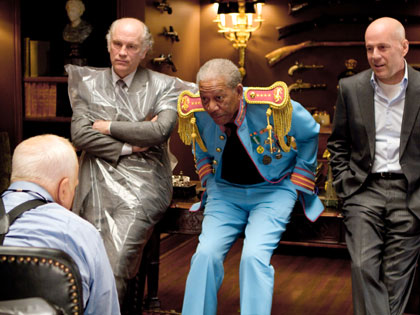 Hey, it's got Helen Mirren wrestling a machine gun the size of a Buick! Nine-tenths of this action flick's charm comes in its vintage stars (Bruce Willis, Morgan Freeman, John Malkovich and Mirren) playing their ages straight, and their action over the top.

Next - Top 10 Movies for Grownups: The Kids Are All Right 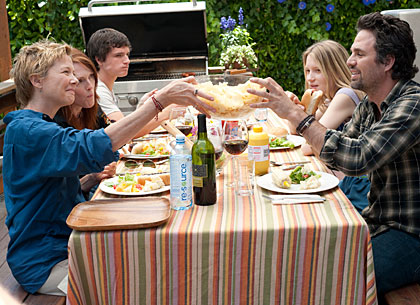 The Kids Are All Right

Annette Bening and Julianne Moore are the perfect couple — endearingly affectionate to each other, properly concerned about their kids, fiercely determined to endure life's inevitable betrayals — in this quirky story about a brother and sister who seek out their biological dad (a clueless but well-meaning Mark Ruffalo). 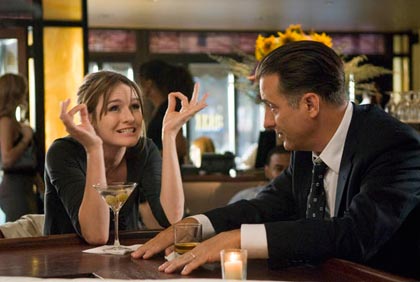 In this hidden gem of a family comedy, Andy Garcia and Julianna Margulies co-star as the heads of a working-class family in which everyone seems to have a secret: some big, some small, some earth-shattering. 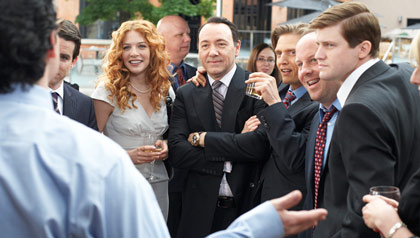 Kevin Spacey gives his best performance since The Usual Suspects as über-lobbyist Jack Abramoff — a man whose uncanny knack for rationalization leads him down some very murky side streets.

Next - Top 10 Movies for Grownups: Letters to Juliet 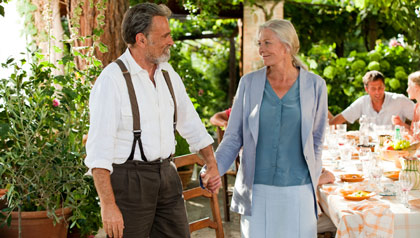 The kids went to see the young stars Amanda Seyfried and Gael García Bernal, but Vanessa Redgrave is radiant in the film's pivotal role: a woman setting out across the heart of Italy to find the love of her youth (a mighty studly-looking Franco Nero).

Next - Top 10 Movies for Grownups: Another Year 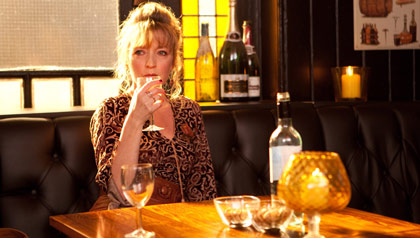 As the couple who've been married forever and clearly will remain so, Jim Broadbent and Ruth Sheen are the anchors of this slice-of-life drama — but it's Lesley Manville who's riveting as their aimless friend, who spins through life with a manic, wheels-falling-off frenzy.