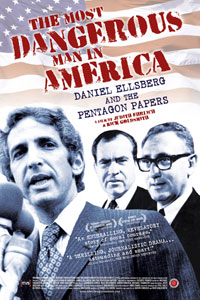 Daniel Ellsberg, a military analyst, leaked top-secret documents about the Vietnam War to the New York Times in 1971 — which led Henry Kissinger to call him "the most dangerous man in America."

Ellsberg's act of conscience transformed our nation's political discourse about the war.

The true-life cloak-and-dagger tale was nominated for a documentary Oscar® in 2010.  Movies for Grownups editor Bill Newcott spotlights "The Most Dangerous Man in America."