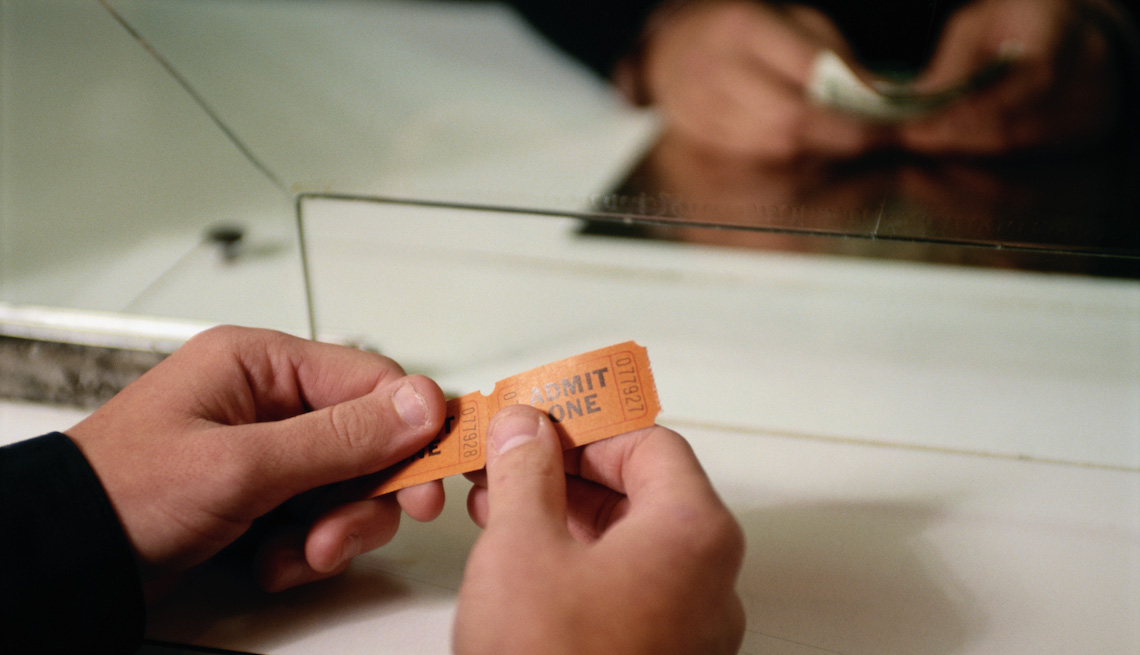 En español | When regularly priced tickets for the Martin Scorsese film The Irishman at Manhattan's ornate Belasco Theatre — $17 — sold out, serious cinephiles turned to ticket-scalping website StubHub and shelled out as much as $130 for a seat. Not including popcorn.

It was a limited four-week run, and the film (partly produced by Netflix, which owns distribution rights) could be seen only on independent big screens in New York and Los Angeles. Moviegoers considered this a historic cinematic event, and they were determined to see the heralded mob epic in theaters before it began streaming on Netflix.

Which raises the question: Why do even regular movie tickets cost so much?

And those shown in IMAX, Dolby, RPX (large-screen format) and 4DX (motion seats, combined with effects like blasts of air) include a surcharge of a few dollars. In the case of 3-D, the surcharge is 33 percent higher.

Where you live also affects ticket price. In movie-speak, “top tier locations” command a premium. Tickets to Ford v Ferrari screening in Dolby at Manhattan's AMC Lincoln Square 13 are $26.49 (popcorn will run you $10.99). But in South Haven, Michigan, the same movie at the Michigan Theatre is $4 before 6 p,m., and $3 will get you a refillable plastic bucket for popcorn, with 75-cent refills.

According to NATO, inflation is to blame. “Movie tickets are actually cheaper than 50 years ago,” says Patrick Corcoran, the association's vice president and chief communications officer.

"Relatively speaking, it's an accurate assessment,” agrees Shawn Robbins, chief analyst for the industry magazine Boxoffice Pro. “Based on data from the Census Bureau and NATO itself, average household income has increased at a slightly higher rate than average ticket prices have, compared to 50 years ago. Going to the theater remains one of the more affordable entertainment options available to consumers, especially frugal moviegoers who book tickets for discounted showtimes or utilize certain subscription services."

"That's NATO's standard answer. You can say it's inflation, but has your paycheck gone up that much, and how do you justify $10 bags of popcorn? Which is why half the people I see in theaters are sneaking in their own food.”

"Ticket prices are dictated by a myriad of economic factors, including the need to pay staff wages, maintain premises and upgrade amenities while still splitting ticket revenues with studios.”

Analysts attribute the uptick in ticket prices to the rising costs of theater-worker salaries, rent, taxes, utilities and maintenance. Exhibitors don't pay anything to studios to show the films, Corcoran says; rather, they take a split of the box office receipts — about 53 percent of the tickets sold. The higher the ticket sales, the higher the profit.

"Ticket prices are dictated by a myriad of economic factors, including the need to pay staff wages, maintain premises and upgrade amenities while still splitting ticket revenues with studios,” Robbins says. “As the cost of living and household incomes increase alongside consumer expectation in metro areas and small-town America, so, too, does the cost of running a theater."

But as the price of admission rises, attendance falls, making theater owners nervous about 2019 box office returns. “We're running a little bit behind 2018, which had $1.3 billion in ticket revenue,” NATO's Corcoran says.

According to entertainment trade magazine Variety, midway through 2019 the domestic market has slid more than 6 percent from the same time last year.

The fact that fewer people go to the movies doesn't help box office totals. In an August 2019 survey by Statista, 46 percent of respondents said they do this just once a year.

What's more, a February 2018 survey by Morning Consult found that 35 percent of respondents said they went to fewer movies today than five years ago because of high ticket prices, 21 percent cited more options from streaming services, and 15 percent blamed lack of attendance on the less-than-stellar Hollywood clunkers.

But is the death knell for theaters premature? There was an uproar when 5-cent silent movies gave way to talkies, when television became ubiquitous in every home, when DVDs arrived to be watched on those televisions, and with the advent of streaming on Netfllx, Disney+, Hulu and Amazon Prime. Will the communal moviegoing experience disappear?

“If a studio spends $160 million for a movie, people will go and see it if it delivers the experience that others don't,” says 79-year-old actor, director and Academy Award–winning producer Tony Bill (The Sting). And he believes there are certain intimate films that should be seen only in theaters — no matter the cost.

Head of his own Hollywood production company, Barnstorm Films, Bill adds: “The emotional experience of an actor not jumping over fences is best seen on the big screen. And $17 tickets are actually cheap for that experience. And nobody forces you to buy junk food.

"The question is,” Bill says, “Has the human critter evolved to the point where telling stories in the dark around the campfire will no longer need the dark or the other people?"