Forty-two years after his $300 million hit Close Encounters of the Third Kind, Oscar winner Richard Dreyfuss is watching the skies again — this time in Shelagh McLeod's indie flick Astronaut. He plays Angus, a widower who shared a dream of space travel with his late wife. So Angus enters a billionaire's national contest to win a ride on his brand-new spaceship. Dreyfuss, 71, tells AARP about his films and his own ambitions, in the heavens and on Earth.

What perfect timing for your latest space movie — the 50th anniversary of Apollo 11, when everyone's looking up.

You hope you don't make a movie where the whole subject bores people. But we didn't time it that way, it's just when we got financing.

I did. I have reservation number 86. This was an actual, legit plan. Pan Am had already honored the reservations they took in the ‘30s for their first flight across the Pacific. So we all scrambled for those moon-shot reservations. And I am absolutely convinced that had the entrepreneurs involved been given an OK, they would have honored them in a minute.

Is Astronaut's Angus, who's battling grief and the problems of aging, anything like the yearning young UFO rider Roy Neary in Close Encounters?

There's a strange, wonderful symbiotic relationship between Astronaut and Close Encounters, the first film ever made where the story was about there being no reason to fear looking up. And that gives it a nobility that no other film will ever have. Angus shares with Roy and millions of other people the desire to go up there and see what it's like, and didn't move on it until he was given this crazy contest opportunity. When we landed on the moon in 1969, we had every right to think that that was going to happen more often. But after a while the entrepreneurial spirit was able to replace the government's timidity. 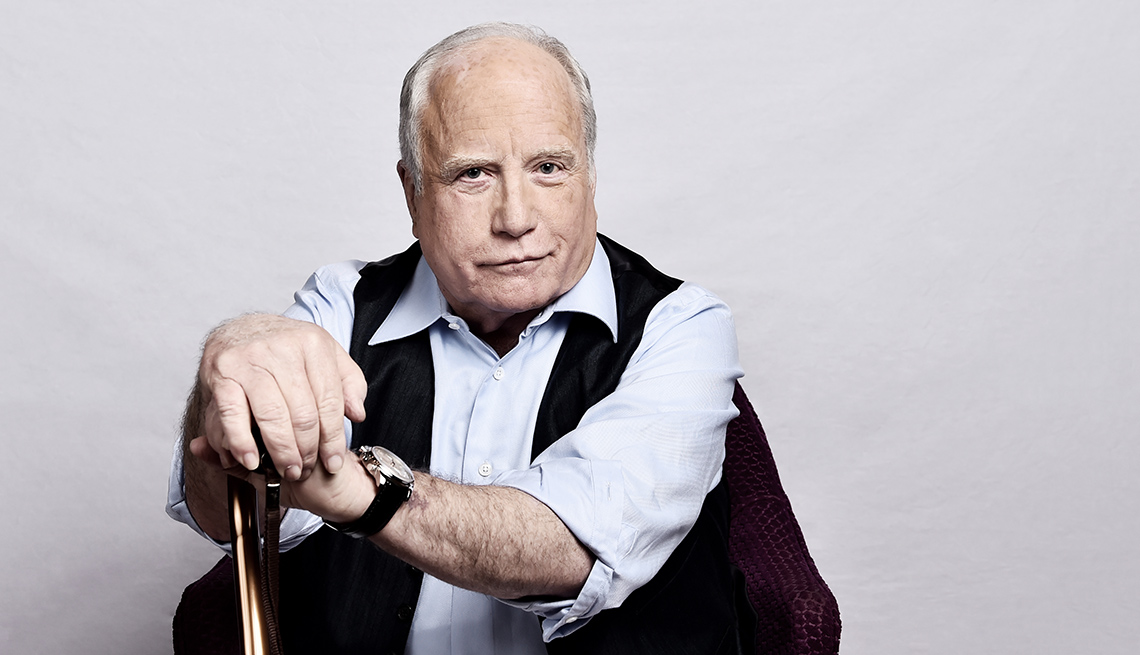 Breakthrough role in the worst film of 1967: Valley of the Dolls

Breakthrough role in the best film of 1967: The Graduate

These are the people we really will look to for the way up and the way back in real life. I know how Bezos should proceed into the 21st century. He's already broken all the rules and he's going to break some more, and he should do that with the confidence that brought him to this point. He should not be afraid of changing as many rules as he has to. So I have a long email ready for him.

Angus breaks some rules — like the one that says older people shouldn't have dreams. Are you a rule-breaker?

I did break the rules about what parts you turn down. My best friends took me to lunch and said, “You have to stop this, Richard. You can't just turn these things down, they'll hate you and blacklist you.” And I said, “Actually, it's going to make me a star.” I turned down two-line roles, and then was offered leads in TV shows. It all came to pass exactly as I thought.

You once said, “I've turned down more big money-making hits than any other actor in Hollywood.” Did you spurn When Harry Met Sally, Field of Dreams, Misery, All That Jazz, The China Syndrome, Blow Out, Jurassic Park and Total Recall?

No. No. A whole bunch of those were things I said to the press that weren't true. I would say that I didn't turn down The China Syndrome, I was finagled out of it.

In the mid-2000s, you retired from movies for four years, went to England, studied civics at Oxford, and started the Dreyfuss Initiative to promote civics teaching in American schools. You've lectured on civics to over 175,000 people. Why?

I didn't retire from being an American, and that's something I'm not going to retire from. Being an American is as important and valuable as anything can be. There are certain basics that, if we forget them, we will have been responsible for one of the most disastrous political regressions in the history of mankind. The American Constitution and the Bill of Rights — take a pause and realize that the most important thing we've ever done is, we took the concept of monarchy and the aristocracy and we turned them into a late-night punch line. And that's all they deserve to be. And our idea of letting the common man run the country is a better idea.

And it's important that people know why.