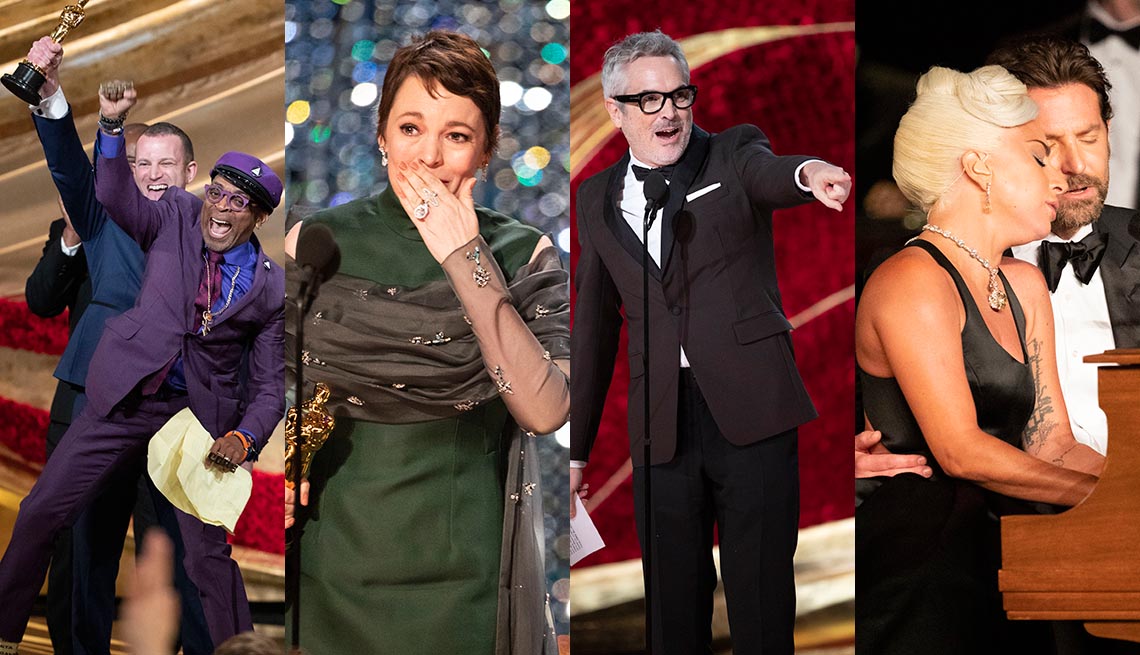 Spike Lee, Olivia Colman, Alfonso Cuarón, Lady Gaga and Bradley Cooper were among the most memorable winners at the 2019 Oscars.

In a weirdly unpredictable year when no single movie broke through as the unstoppable favorite, the Oscar honors were spread almost evenly among the leading contenders at the Feb. 24 ceremony. True, there were a few grumbles when the front-runner Ruth Bader Ginsburg film RBG lost best documentary to the admittedly gripping rock-climbing doc Free Solo, and widespread dismay when The Favourite’s Olivia Colman, 45, beat seven-time nominee and predicted winner Glenn Close, 71, for best actress — even Colman said, “Glenn Close … this is not how I wanted it to be!”

But first-time nominee Colman was a middle-aged Cinderella success story in a critical hit with 10 Oscar nominations to The Wife’s one (for Close). Close won a dozen other major awards this season, so though she has no movies in the pipeline, she’s not apt to vanish from the red carpet. And fans of every major Oscar-hopeful film had something to celebrate.

Green Book’s Viggo Mortensen, 60, lost best actor to Rami Malek’s prosthetic overbite in Bohemian Rhapsody but exulted in his film’s three wins. It’s all good news for his 2019 directing debut, Falling, about a dad with Alzheimer’s who moves in with his son, played by Mortensen (who wrote the screenplay, inspired by his six relatives with the illness).

By winning four races, Bohemian Rhapsody technically led the Oscars, but it didn’t hog them: Its three awards for sound and editing were less prestigious than Malek’s win. So critics (who gave it the least enthusiastic reviews of any contender) weren’t too angry, and the Queen fans who applauded guitarist Brian May’s sizzling Oscar-show performance and spent $861 million on Bohemian Rhapsody tickets were happy, too.

A Star Is Born lost at the Oscars, but fans basked in its seven nominations, and Lady Gaga’s intimate duet with Bradley Cooper on “Shallow” was the high point of the Oscar telecast. The $1.3 billion blockbuster Black Panther, which nearly got shunted into a second-class “Most Popular Oscar” category, instead became the first superhero movie nominated for best picture, and won on half of its six nominations. 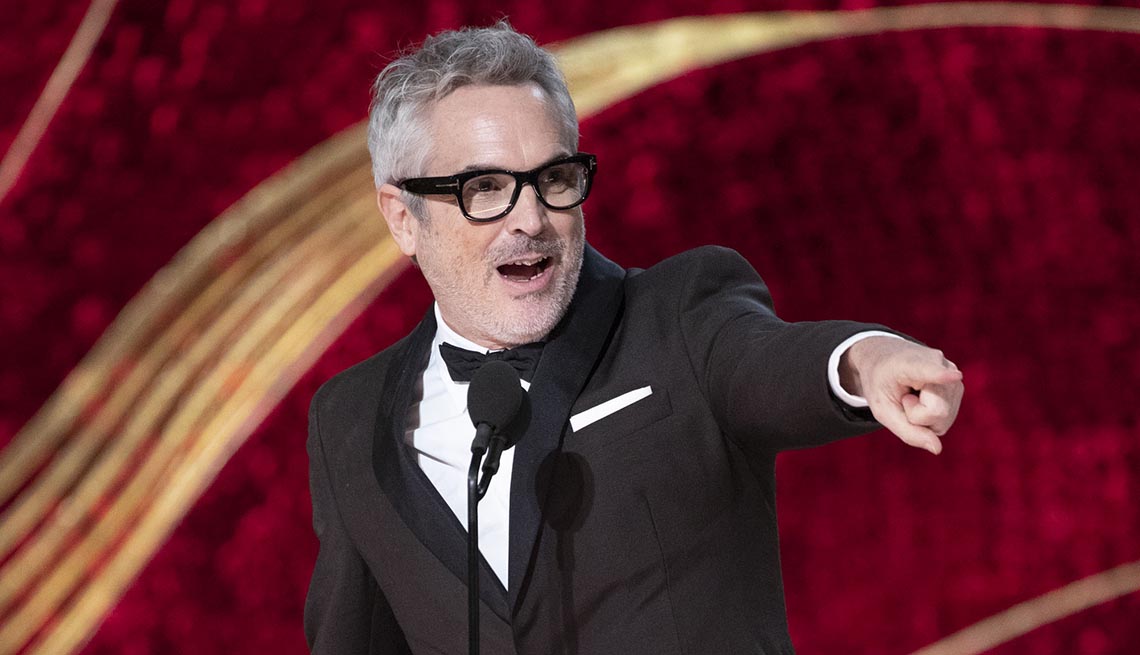 Roma’s Alfonso Cuarón, 57, nabbed a triple win for directing, cinematography and best foreign film — disappointing to fans who’d hoped Roma would win all 10 of its Oscar nominations, but not bad for a black-and-white subtitled Netflix movie with unknown Hispanic and indigenous actors, a film Cuarón termed “not what you call Oscar bait.”

Even a historically important film that some felt was unjustly snubbed with only three nominations, Barry Jenkins’ adaptation of the James Baldwin novel If Beale Street Could Talk, won best supporting actress for the stunning performance of Regina King, 48, whose career will now explode in her AARP years. 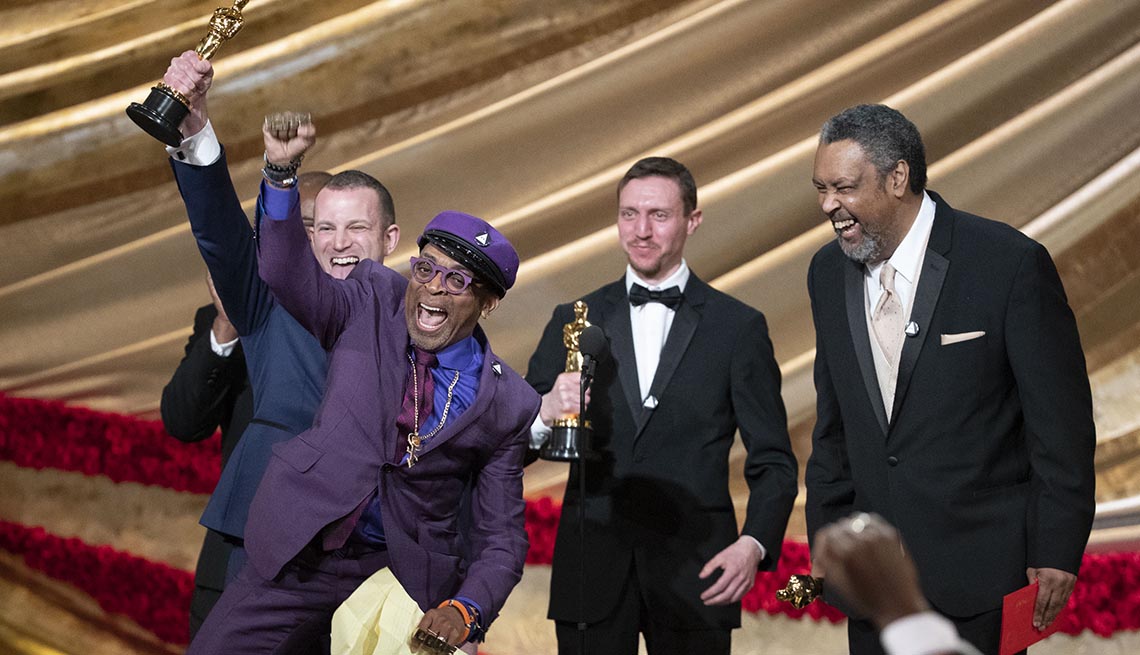 Topping off the night was BlacKkKlansman’s Spike Lee, 61, with his first-ever competitive Oscar win for adapted screenplay (plus his first nominations for director and best picture). While Lee griped that “the ref made a bad call” by giving rival historical race-relations movie Green Book best picture (it also nabbed best original screenplay), nobody thought that Mahershala Ali’s win as supporting actor was close to a bad call.

Lee’s Oscar, presented by Samuel L. Jackson — an actor he helped launch, who is now the No. 1 box-office star — brought the night full circle. In the end, a record seven black talents took home coveted statuettes, and like so much about the 2019 Oscars, it was a win for everybody.