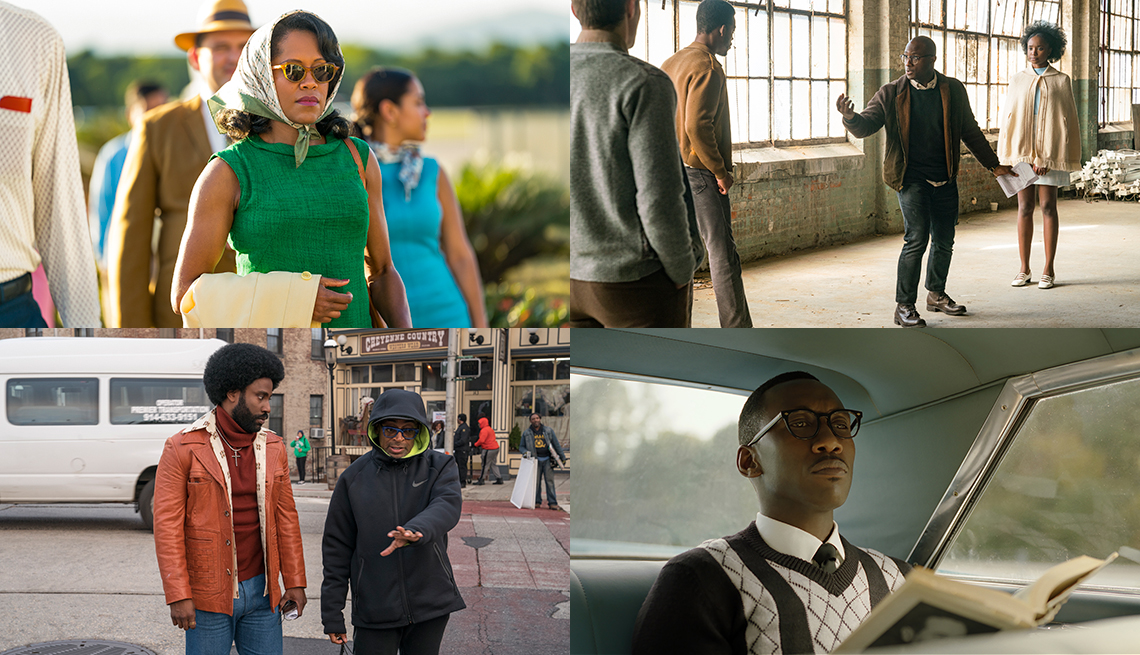 Four movies nominated for Oscars on Sunday night — three of them leading contenders for best picture — focus on periods of black history in very different ways. If Beale Street Could Talk, Green Book, BlacKkKlansman and Black Panther not only focus on black lives in the ‘60s, ‘70s and the present, they also help make this year's class of nominees one of the most diverse groups ever. The Oscar telecast begins live at 8 p.m. ET on ABC.

If Beale Street Could Talk's Regina King and Green Book’s Mahershala Ali are the only black actors among the 20 nominees in those four categories. But there were zero nonwhite acting nominees in 2015 and 2016, so things are improving.

And there are many Oscar nominations for Black Panther, set in modern Oakland, Calif. (birthplace of the Black Panther Party), as well as the imaginary but brilliantly inspiring African nation of Wakanda; BlacKkKlansman, about a black FBI agent's actual infiltration of the KKK in 1979; If Beale Street Could Talk, about criminal injustice in 1970s Harlem; and Green Book, about black classical and jazz star Donald Shirley and his driver Tony Vallelonga's perilous 1962 road trip through racist territory.

Black artists wrote two of the best adapted screenplay contenders — Beale Street and BlackKklansman — the latter of which nabbed Spike Lee his first-ever directing nomination. He credits activist April Reign's 2015 #OscarsSoWhite campaign, which inspired the Motion Picture Academy to bring more diversity to the Oscars. His 33-year snubbing despite his many masterpieces is one of the Academy’s most notorious and embarrassing omissions, but now he’s the sixth black directing nominee in film history, and could be the first to win. His film is up for six Oscars, Black Panther for seven, Green Book for five and Beale Street for three. These 21 nominations are even more impressive than the kudos earned by previous black-history films that made Oscar history: Steve McQueen's 12 Years a Slave, nominated for best director and best picture winner in 2014, and Moonlight, with eight nominations and three wins in 2017.

“I see the Oscars every year, but I never expected to be a part of it,” composer Terence Blanchard said at AARP's Movies for Grownups Awards, where Lee won best director. Longtime Lee collaborator Blanchard, who got his first Oscar nomination at 56 for BlacKkKlansman's score, said: “I never thought that was going to happen. I had a sense of pride being in that photo [of 2019 Oscar nominees], not just for myself, but also to be part of that crew that is so diverse, after everything that’s been spoken about the Oscars the last few years. That’s a feeling that I’ll never forget.”

Even the diversity disappointments in the Oscar nominations have a silver lining. Beale Street got skunked for best picture and director, and Kiki Layne's luminous breakout performance was ignored. But Layne's future is assured, and it’s a miracle that, 45 years after James Baldwin's novel was published, it became a movie — and a gloriously gorgeous one. “Mr. Baldwin has never been adapted for the big screen,” said director Jenkins at the Movies for Grownups Awards, “and that’s because many African American authors have never been adapted.” Times have changed. Jenkins’ last movie, Moonlight, startlingly beat La La Land for best picture (and also earned him a directing nomination and a screenwriting Oscar win), and he’s signed a big deal with Amazon to adapt Colson Whitehead’s Pulitzer Prize- and National Book Award-winning escaped-slave drama The Underground Railroad as an 11-part series.

Ryan Coogler should have gotten a directing nomination for Black Panther, but his film made $1.34 billion, became the first superhero movie to crack Oscar's best picture race, and has spawned a sequel. And though diversity would’ve been better served if McQueen's Widows had received some Oscar nominations, its star Daniel Kaluuya will star in Coogler’s biopic Jesus Was My Homeboy, about assassinated Black Panther leader Fred Hampton.

As America’s audiences become more diverse, diversity is no longer merely a good cause, it’s good business. Creative Artists Agency’s 2017 Motion Picture Diversity Index revealed that films with at least 30 percent nonwhite casts beat less inclusive films at the box office — that's unsurprising, since 49 percent of opening-night audiences are people of color. TV shows with more than 50 percent black viewers have seen their ad revenues rise 255 percent in four years. And mainstream TV auteurs are increasingly black auteurs: Ava DuVernay signed a $100 million deal with Warner Bros. TV Group. Netflix lured Shonda Rhimes from ABC for $100 million. Jordan Peele, whose Get Out got four Oscar nominations and one win last year, earning an astounding $255 million on a $4.5 million budget, may win again for producing BlacKkKlansman. And he unveils his Twilight Zone reboot on CBS on April 1. Plus he, too, has signed a deal with Amazon.

In fact, Oscars may never look quite so white again. “I’m still pinching myself,” said Blanchard, whose tux had better be ready for Sunday night. “It’s an Alice in Wonderland feeling.” 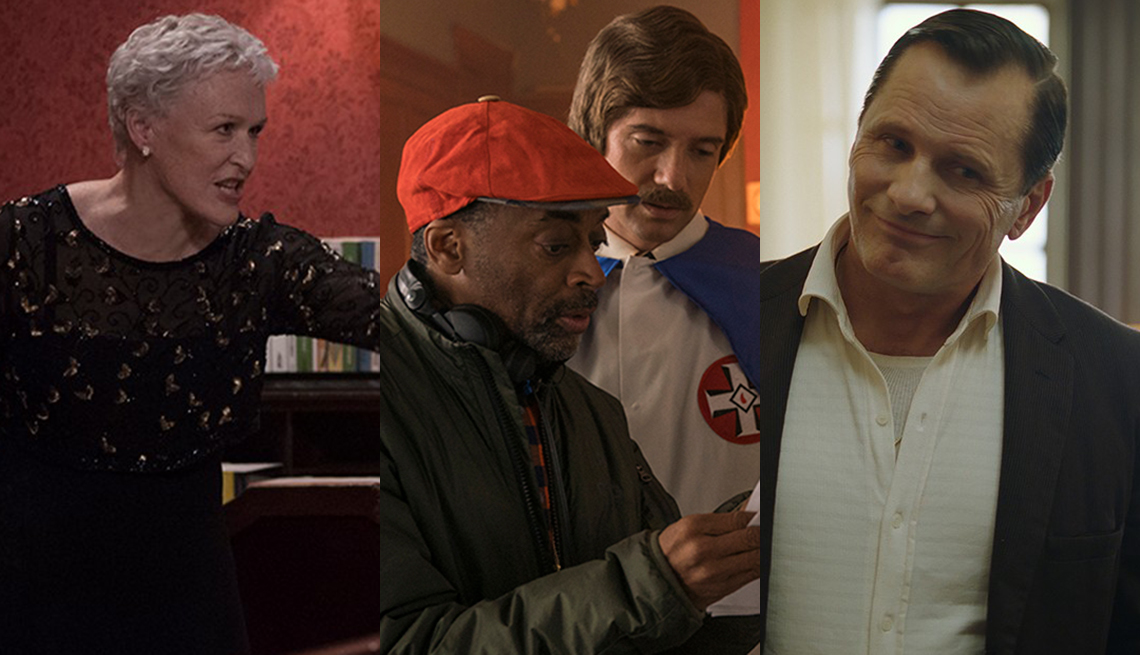 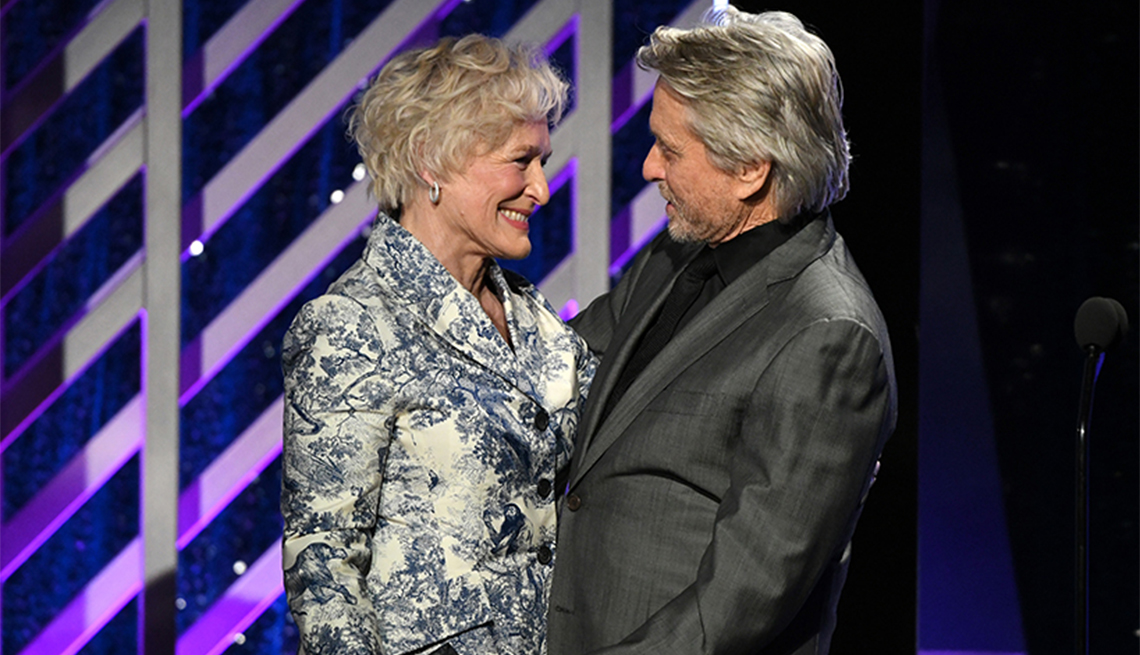