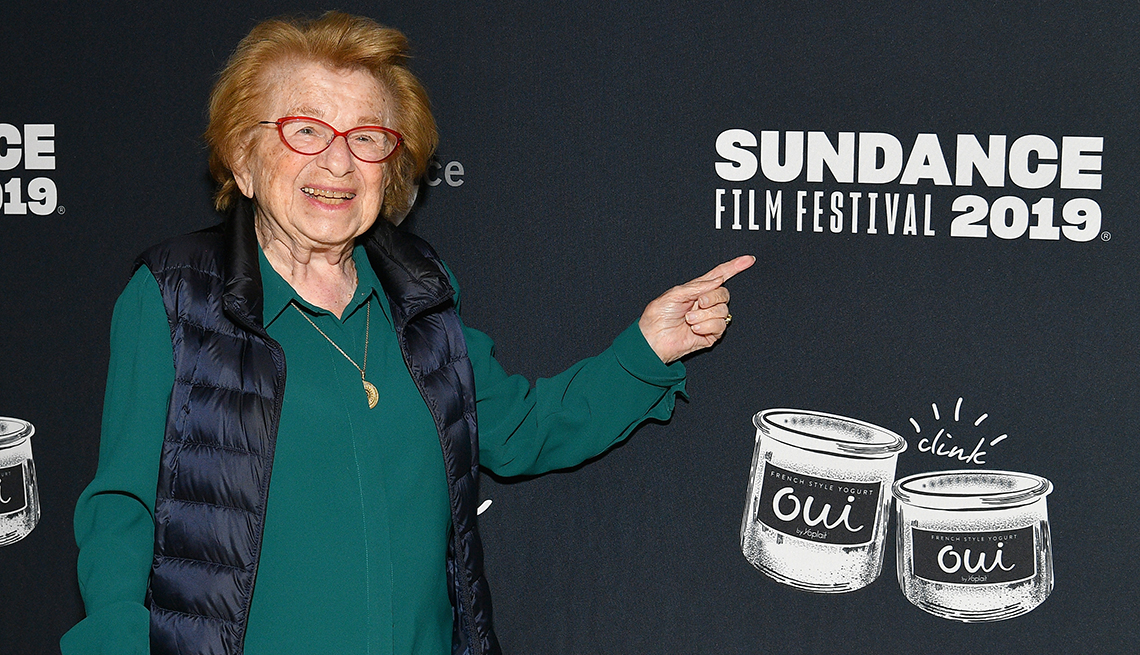 Dr. Ruth attends the Women At Sundance celebration during the Sundance Film Festival in Utah on Jan. 27.

Sex therapist Dr. Ruth Westheimer launched her Oscar campaign on Jan. 25 at the Sundance Film Festival premiere of director Ryan White's documentary Ask Dr. Ruth, a festival hit that could make her as popular as the 2018 Oscar frontrunner doc, RGB, about Ruth Bader Ginsburg. A proud, longtime AARP member, Westheimer told AARP about her incredible journey from the Holocaust to Hollywood stardom.

So you're 90 years old now —
Ninety-and-a-half! Who would think I'd be coming to Sundance, and then the movie is in 20 cities, and then on Hulu? I'm teaching at Columbia and Hunter College, and I have two books: Crocodile, You're Beautiful, a children's book, and the new edition of Sex for Dummies. For AARP members, I'm very concerned about loneliness. If you're lonely, get up and go to the senior center. Don't just sit there and moan that you have nobody to talk to and don't sit in front of a television set.

Not even to watch Ask Dr. Ruth when it's on Hulu?
I want all of you to watch it. The movie is certainly showing my joie de vivre — zest for life. You can watch in the evening some television, nothing wrong. But make sure a couple times a week you do something outside your apartment. I'm not saying go out every night, even though I'm out every night.

What did you learn by escaping the Holocaust at age 10?
I call myself an orphan of the Holocaust. I was not in a camp. My parents and godparents in Frankfurt all perished. I was sent on the Kindertransport with a group of children to safety in an orphanage in Switzerland. I did a study of the 50 children with me and none committed suicide or became depressive, because the first years of my and their childhood was with loving families.

Did Switzerland make you a skier?
I was a super-good skier, a black-diamond skier, but I'm not skiing at Sundance — I gave up skiing before I got hurt, but I could still dance a whole night if I find the right partner. On my birthday last year I danced with the Austrian ambassador in New York at the Swiss Ball — it's in the film. But after, he went home to his wife. Put that down, because I'm old-fashioned. A square.

You almost died on your 20th birthday, right?
On June 4, 1948, a cannonball exploded in the girls’ residence in Jerusalem and I almost lost both my feet. But luckily a brilliant German Jewish surgeon fixed my feet.

In Israel, you carried a gun.
I've never killed anybody, but I was a very good sniper. In the documentary I'm showing the world that I could still put a Sten gun together if needed. Still, I would not touch a gun anymore. 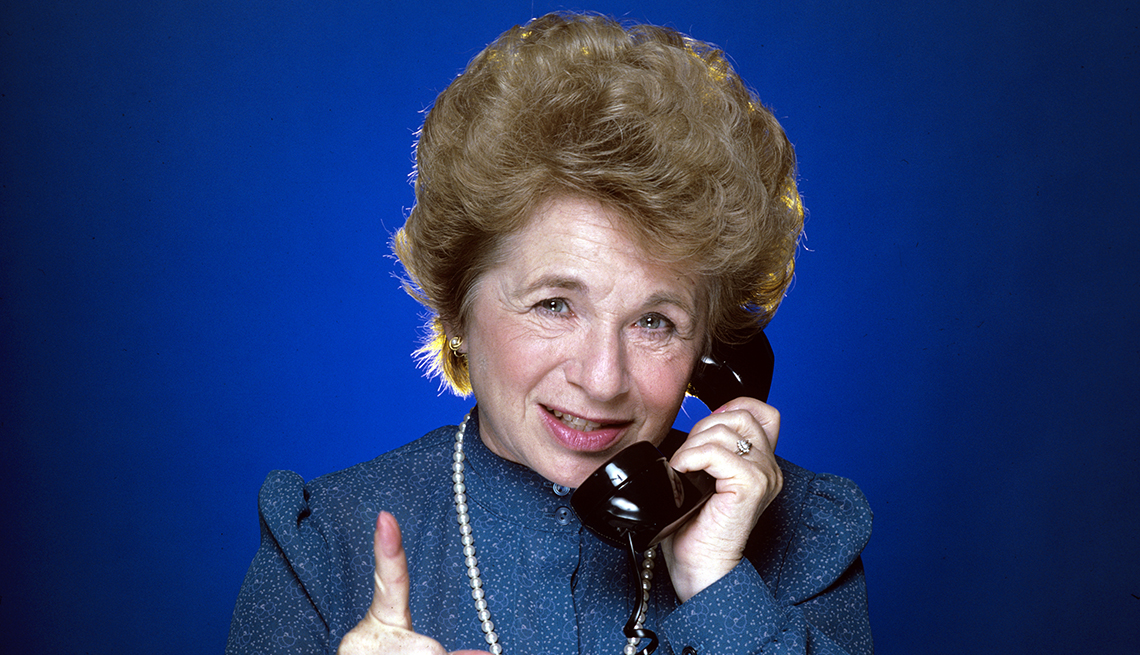 Dr. Ruth Westheimer on the phone in 1984 addressing sexual-performance issues.

When you came to New York in 1956 and studied with sex therapist Dr. Helen Singer Kaplan, did you learn that Freud was wrong?
He was sexually ignorant.

Vladimir Nabokov said that Freudians “believe that their troubles may be cured by a daily application of ancient Greek myths to their private parts."
Sex therapy is not like psychoanalysis, it's a short-term behavioral therapy. Freud should have taken a few lessons of mine. He would have learned something about female sexuality.

Why don't you use a cane?
Instead of a cane, I take young guys and take their arms and make them walk with me, at the restaurant, the theater, anyplace I go. Because of the women's liberation you have to say, sometimes it can be women, too.

Is marriage old-fashioned, outmoded?
No, no, no, no! Marriage is here to stay. I don't mind if people don't get married, but I want them to have a relationship, to rely on somebody being there when they come home.

Did your husband attend your lectures about sex?
I didn't let my late husband come to any of my talks because he would have [joked], “It's all talk — the shoemaker's children don't have shoes.” He's in the movie. He comes out smelling like roses.

Why did you fall in love with him?
He was short — not as short as me — from Germany, Jewish, he emigrated to Portugal and then the U.S. because they were afraid Hitler would take Portugal. He was an engineer, very smart, and he played harmonica and the guitar and he was a superb good skier. I was even better than him.

For celeb interviews and more, get AARP’s monthly Lifestyle newsletter.

Skiing is a good metaphor for sex: you must take a risk, jump off a mountain, but wisely.
You're right.

How do people keep marriage lively in their AARP years?
Read my book Sex After 50, which I did with Pierre Lehu. I give specific instructions, like older people should have sex in the mornings. Get up, go to the bathroom, have a little breakfast and go back to bed. Not at night because they're tired and then the sex doesn't function as well.

Do you think older people should retire?
I'll tell you right loud and clear, tell all of my AARP friends not to retire, but to rewire. Which means not necessarily taking another job, but enjoying that you don't have a strict schedule, but may do something that gives you pleasure: volunteer at a hospital, a shelter, your church or synagogue. Do something that keeps your brain working.

Do you have any regrets?
Well, I would've liked to be a little taller, but I learned to live with being 4 foot 7 — I've just lost half an inch. My grandchildren could go on the ride at an amusement park, but I was too short, so I had to stand there waving at them.

Didn't you have trouble kissing President Obama at a Planned Parenthood event?
I told President Obama, wait with your kiss, I need a box to stand on. So he waited patiently until they brought me a box I stood on, and he kissed me. And I have that picture hanging in my living room.