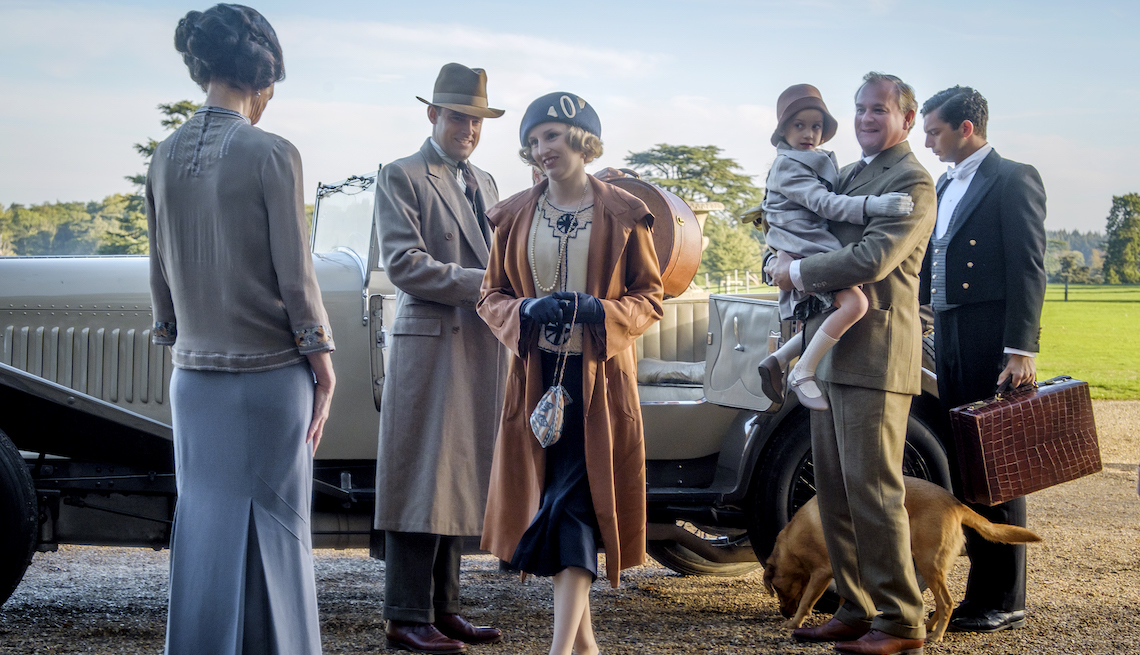 The median age for viewers of the PBS Downton Abbey show was 60 to 63, and 52 percent of the movie version's viewers opening weekend were over age 55. “With Downton Abbey, baby boomers flex their muscles at the multiplex,” wrote the Hollywood Reporter's Pamela McClintock.

"Bottom line: Make movies that have appeal to this audience and they will show up in droves,” Comscore box office analyst Paul Dergarabedian told AARP. “Don't leave the influential, passionate, movie-loving folks over 50 out in the cold.”

Hugh Bonneville, 55, who plays Downton's Lord Grantham, said: “Cinema number crunchers are going to have to go to their calculators and say, ‘Hang on, maybe there is an audience that goes for films with gravitas or wisdom behind them, interesting, intelligent choices that come out of left field.’ Of course it's fun to have a popcorn movie, but my goodness, you need a decent diet. Otherwise your kidneys and your liver pack up.”

Adds Dergarabedian: “'If you build it, they will come’ certainly applies to the mature moviegoer. With age comes wisdom and a discerning nature that is not easily swayed by mere marketing.”

Downton's success signifies the quality of the Downton phenomenon. “[Downton creator] Julian Fellowes tapped into something with very broad appeal, with elements of soap, multistranded storylines, melodrama, a big sense of sweeping romance, of yearning looks and love unuttered, some great one-liners and some really sobbing, heartbreaking moments as well,” said Bonneville. “He somehow concocted a delicious pudding with a spoonful for everyone."

But Downton is just the latest film to prove the unacknowledged power of grownup audiences. “Similarly, The Best Exotic Marigold Hotel did massively well,” said Bonneville, “and it was for over-30s, which of course exhibitors don't like.” Hollywood needs to learn a lesson: people 50-plus represent 75 percent of the audience for art-house films, a 2017 AARP study revealed.

Film exhibitors are alienating their grownup audience, which has dropped from 11 percent of all moviegoers in 2002 to six percent in 2019, according to Comscore. “We probably don't make enough movies for older moviegoers,” said Focus Features distribution chief Lisa Bunnell after Downton's film debut.

"Studios ignore the maturing audience at their peril,” said Bonneville.