The plot of Tag sounds like it was dreamed up in a Hollywood writers room with too much booze, but it’s based on an improbably true story: For almost 30 years, 10 guys from Spokane, Wash., with nicknames like “the Bruiser” have been playing a game of tag, even though they’ve all scattered and become, at least in theory, grown men in their 50s with serious jobs: teacher, priest, Nordstrom exec.

They went from tagging each other between classes at Gonzaga Prep — once accidentally knocking down a girl in the hallway who said, “You guys are so immature!” — to invading each other’s workplaces, breaking into homes at 2 a.m., even tagging the priest at his church and one guy at his father’s funeral. Spouses joined in on plotting the game, and when the priest popped out of a car trunk, causing a startled wife to injure herself tripping over a curb, she was limping and laughing, too.

After the Wall Street Journal wrote up their goofy adventures, a Gonzaga Prep alum who’d made it in Hollywood, Mark Steilen (The Three Stooges, Madam Secretary) got them a deal with Will Ferrell, who coproduced this movie, and morphed the real 10 into five tag-playing pals (Jon Hamm, Jeremy Renner, Ed Helms, Hannibal Buress and Jake Johnson). They wear some of the same disguises as the real guys — a grandmother with ghastly taste in fashion, a guy with a fake mustache — and pull some of the same stunts. As tagger pals, Isla Fisher and Rashida Jones get a few laughs in, too. 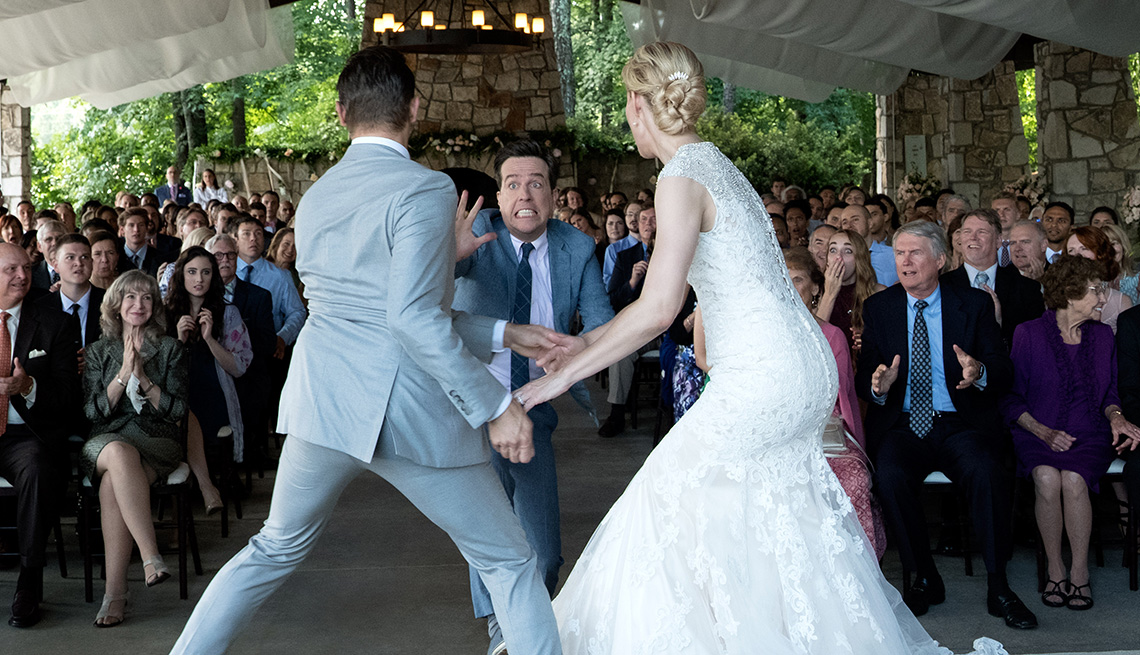 A wedding is no time for a timeout in the comedy "Tag," and Ed Helms goes after the groom (Jeremy Renner, with Leslie Bibb).

Part of the fun of Tag is the way it evokes other films. Helms brings some of the antic energy of his Hangover flicks, and the vibe is not unlike Johnny Knoxville’s Jackass movies crossed with the delightful comedy Game Night. The action scenes really are pretty good, shot with a Phantom high-speed slow-motion camera. Jeremy Renner, playing the undefeated, never-tagged champion of the contest, plunged so deeply into his Avengers and Bourne Legacy hero persona that while doing his own stunt on the third day of the 40-day Tag shoot he snapped both arms like matchsticks — they had to use computer-generated imagery to erase the casts he wore.

Hamm has a blast playing an arrogant, handsome mogul, and Buress (the comic whose joke about Bill Cosby’s women problem actually helped spark Cosby’s comeuppance) aces the role of the gang intellectual, complaining about things nobody else would, like the fact that “biweekly” can mean both every other week or twice a week. Johnson manages to make his stoner character with an ever-lit joint in his teeth feel lively, not entirely clichéd. 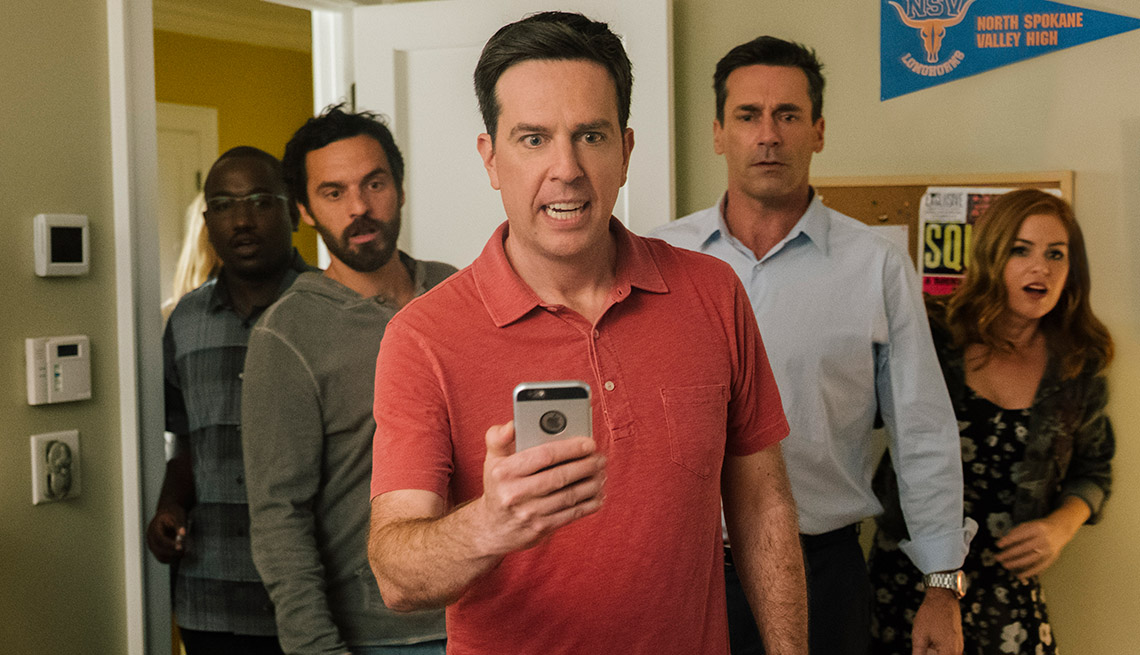 From left: Hannibal Buress as Kevin Sable, Jake Johnson as Randy "Chilli" Cilliano, Ed Helms as Hogan "Hoagie" Malloy, Jon Hamm as Bob Callahan and Isla Fisher as Anna Malloy, star in this comedy about the importance of friendship.

Tag isn’t a great movie, but it makes you feel good, because it’s rooted in emotional truth. A recent poll by the men's health foundation Movember found that 12 percent of men over 18 have zero close friends they would discuss a serious life problem with. As Gonzaga tagger Brian Dennehy noted, “For guys, communication is hard. I don’t think any of us are very inclined to pick up the phone and chat about our lives — especially not our emotions. Tag provides a scheduled, contractually obligated friendship.” As his tagger-priest pal Father Sean Raftis puts it, “Friendship is holy.”

And fun can get lost in the unholy loneliness of male adulthood. To quote a running gag from Tag, “You don’t stop playing because you get old, you get old because you stop playing.” Tag makes you feel immature, playful and connected.