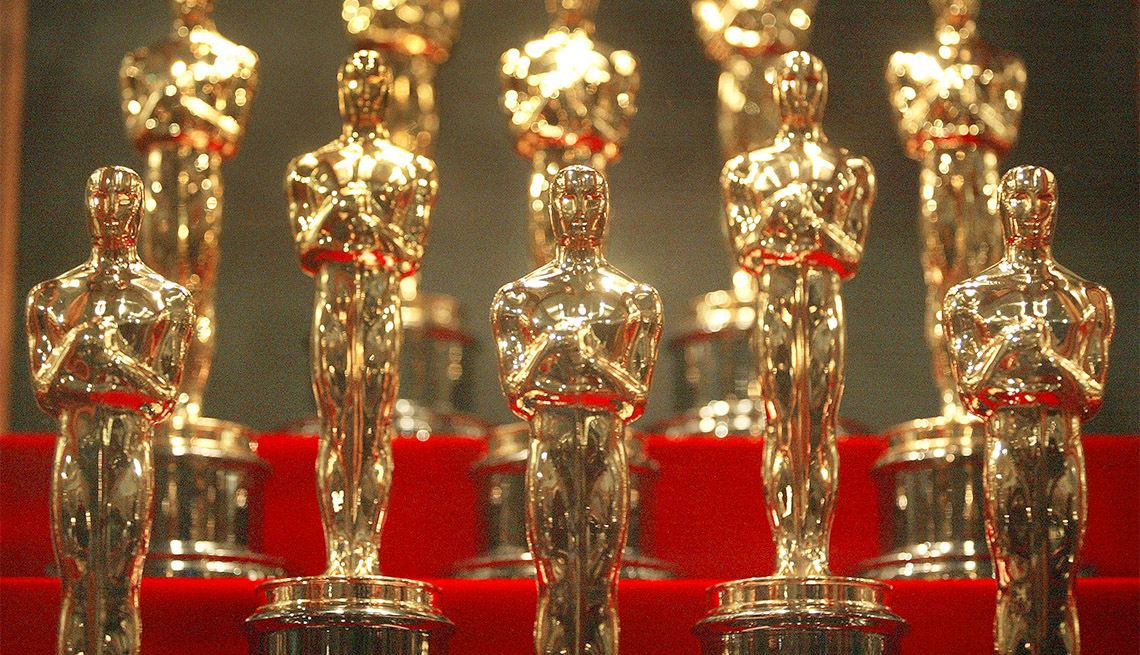 The Oscars will celebrate its 90th anniversary on March 4 and Jimmy Kimmel, 50, will host the awards show.

Most of the actors nominated for Oscars this year — 12 out of 20 — are over age 50, as are 22 nominees in other major categories, meaning the Academy Awards ceremony on March 4 will be a smashing celebration for grownup talent.

Four of the nine nominees for best picture also are contenders for AARP’s Movies for Grownups best picture trophy (awarded Feb. 5 in a ceremony airing Feb. 23 on PBS). Many other films were honored by both Oscar and AARP — such as our Movies for Grownups best foreign film nominee The Insult, directed by ex-Quentin Tarantino cameraman Ziad Doueiri, 54.

The likeliest best picture winners — The Shape of Water (which scored 13 nominations, one shy of tying the record) and Three Billboards Outside Ebbing, Missouri — both featured nominees over 50.

Also, Octavia Spencer, 47, a 2012 Oscar-winning supporting actress in The Help, contends again for The Shape of Water; Sam Rockwell, who turns 50 this year, put himself on the map with Three Billboards; and Mary J. Blige, 47, said, “I can’t stop crying,” when she learned she had an Oscar nom to go with her nine Grammys. Greta Gerwig, 34, became only the fifth woman ever nominated for best director (she also nabbed a writing nod).

There were some painful snubs this year, among them Detroit director Kathryn Bigelow, 66; Holly Hunter, 59, and Ray Romano, 60, who were predicted but not nominated for The Big Sick; and Tom Hanks, 61, and Steven Spielberg, 71, for The Post.

Other notable nominations included Phantom Thread’s Lesley Manville, 61, who made the leap into the Oscar spotlight after decades as a leading light of indie cinema; and Denzel Washington, 63, who was by far the best thing about Roman J. Israel, Esq.