Florian Maria Georg Christian Graf Henckel von Donnersmarck, 45 — he goes by Florian Henckel von Donnersmarck for short — makes movies as big as his name. His must-see debut, The Lives of Others, won the 2007 foreign film Oscar for its Kafka-quality story about the Stasi secret police who spied on East German citizens, poisoning society and themselves. His 2010 follow-up, the fluffy Johnny Depp–Angelina Jolie flop The Tourist, almost destroyed his career — it was the most-mocked Golden Globe nominee since Butterfly’s Pia Zadora beat Kathleen Turner in Body Heat. Von Donnersmarck told Deadline, “Critics felt like they had ordered a main course and got a dessert.”

For his comeback film, von Donnersmarck made an enormous beefsteak, a sweeping historical epic about Nazi Germany, communist East Germany, the postwar economic miracle and artistic inspiration. Never Look Away is loosely based on the life of titanic German artist Gerhard Richter, 86, whose paintings — one sold for $44.5 million — pack in a lot of Germany's haunted history. So does this film, whose artist hero Kurt Barnert (Tom Schilling) is marked for life by the sight of the 1945 firestorm that devoured Dresden. 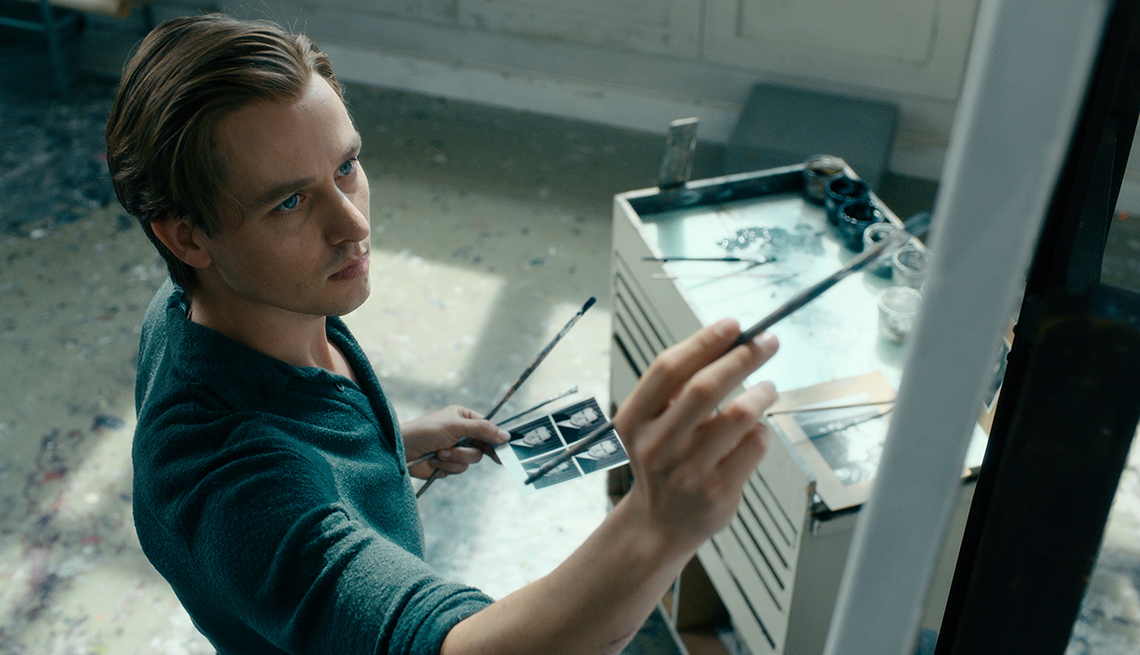 For Barnert, a still more influential disaster was what befell his freethinking Aunt Elisabeth (Saskia Rosendahl). She ignites his life's calling by taking the boy to the famous 1937 “Degenerate Art” exhibition, featuring modernist geniuses the Nazis deemed diseased, insane, an infectious menace to society. Creative, unstable Elisabeth really does have mental illness, and Nazis take her away. But the Nazis are right — love of art is catching, and Barnert grows up a secret nonconformist against totalitarianism, transforming its horrors through the alchemy of art.

Barnert survives to see Nazis replaced by the communist Stasi, and bides his time as an overqualified sign painter, peeving his colleagues by drawing perfect letters freehand while they mess with stencils. He wows East German authorities by painting conventionally bland Socialist Realist murals to please brainless, tasteless commissars, until he hops a train to freedom just before the Berlin Wall goes up. He heads straight for the wildest West German art school, in Dusseldorf, where his teacher (Oliver Masucci, whose character is based on Richter’s famous mentor Joseph Beuys) shows him how to break out of the faceless communist mind-set and make a name for himself by becoming himself.

It’s a heady plunge into Richter's/Barnert's imaginative response to history, and the ferment of 1960s art, through scenes crafted by writer-director von Donnersmarck and the ethereally gifted five-time cinematography Oscar nominee Caleb Deschanel, 74 (dad of actors Zooey and Emily Deschanel). But you don’t have to know zip about art to feel the exhilarating change of German society his life story depicts, and the way it captures the sinister undercurrent of injustice. Barnert’s father had been forced to join the Nazi Party he abhorred (though when he had to say “heil Hitler,” he always subversively said the similar-sounding “drei liter” — “three liters” — instead). So in the postwar de-Nazification days, he gets punished, while actual war criminals hide crimes and soar to fame and fortune. And when Barnert finds a girl (Paula Beer) as lovable as his Aunt Elisabeth, her famous father turns out to have Nazi skeletons in his closet — and he knew Aunt Elisabeth, too.

As the oddly meditative, high-IQ melodrama unfolds, you scarcely notice the movie is over three hours long (though your bladder may). Germany submitted Never Look Away for this year’s foreign film Oscar. Here's hoping history repeats itself, and another von Donnersmarck German history lesson gets the gold.