You might consider yourself a Star Wars fan, but you’d probably have to hit hyperspace more than a few times to catch up to Greg Dietrich. Here’s how galactic the Alabamian’s devotion to the movie franchise is: For the past 6 years, he has led a team of fellow fans constructing a full-scale replica of the Millennium Falcon, Han Solo’s legendary spaceship.

So far, as shown in Wired magazine's video above, the team is nearly finished with the ship’s cockpit.

“When you walk into it,” says Dietrich, “you’re immediately transported back to being a kid, just going, ‘Wow!’” 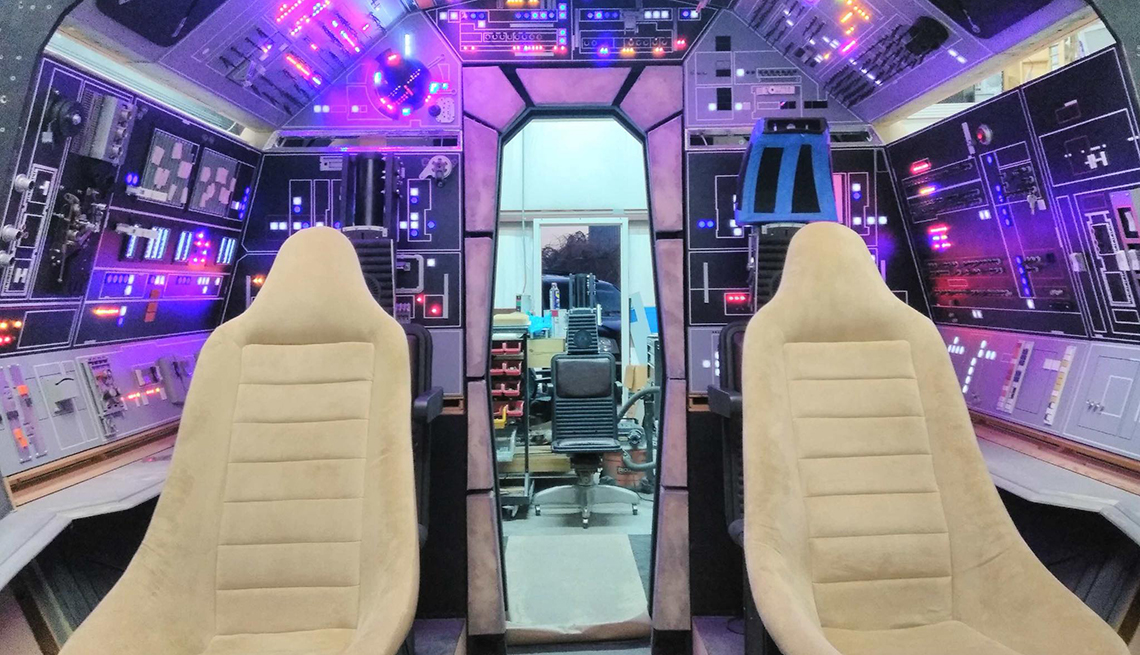 Authentic cockpit seats from old fighter planes cost more than $15,000 apiece, so Dietrich and team built them on their own.

The replica Falcon project is housed in a commercial garage in Huntsville, Ala., just a few miles from the U.S. Space and Rocket Center, where an in-progress display was exhibited for the opening of The Force Awakens in December 2015.

Since then, the project, which Dietrich appropriately kicked off on May 4, 2012, aka Star Wars Day, has advanced considerably.

“The project has taken on a life of its own,” says Dietrich, who posts progress reports on online movie prop forum therpf.com and has received assistance from fans around the globe. “It started with just me in my garage. All of a sudden people from all over the world wanted to get involved.” 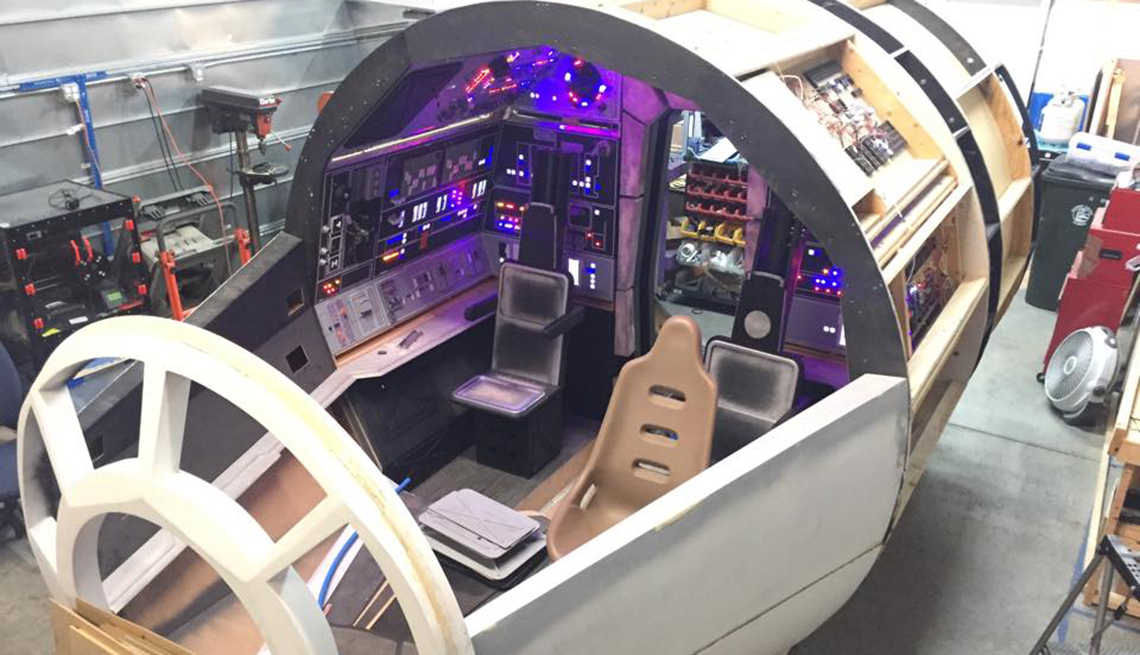 "She may not look like much," Dietrich says, borrowing a quote from 'A New Hope', "but she's got it where it counts."

The replica currently weighs more than 1,000 pounds and is made mostly of plywood and fiberboard. Dietrich's team uses 3-D printers and old-fashioned scavenging to duplicate the tiniest details inside the ship. Not a single button, switch or lever has been overlooked. In fact, since the cockpit details have varied from film to film, Dietrich’s project, which uses the cockpit from The Empire Strikes Back as its template, may be the most authentic version out there.

In the Wired video, Dietrich, who has a day job as a graphic designer and says he has already spent between $30,000 and $60,000 on the project, estimates that his crew could be finished with the cockpit within the next two years. His ultimate goal is to build the entire ship, which he says would be 80 feet wide, 114 feet long and, gulp, 30 feet tall.

That may sound ambitious, maybe even a bit outlandish, but to paraphrase Han Solo before pushing the Falcon into light speed: Never tell him the odds.