Why should you see Foxtrot, the most original movie about Israel’s security dilemma since 2008 Oscar nominee Waltz With Bashir? Some folks think you shouldn’t, even though it is an art film whose abstract, eerie beauty compares favorably with Dunkirk, it swept the Israeli Film Academy Awards and it has the same 97 percent Rotten Tomatoes rating as Black Panther.

All Hollywood was shocked that Foxtrot got snubbed in the 2018 Oscars’ best foreign film nominations. But Israel’s culture minister celebrated. She hadn’t seen it but had heard about the scene where inexperienced soldiers at a remote checkpoint code-named “Foxtrot” panic, inadvertently shoot innocent people and cover it up. 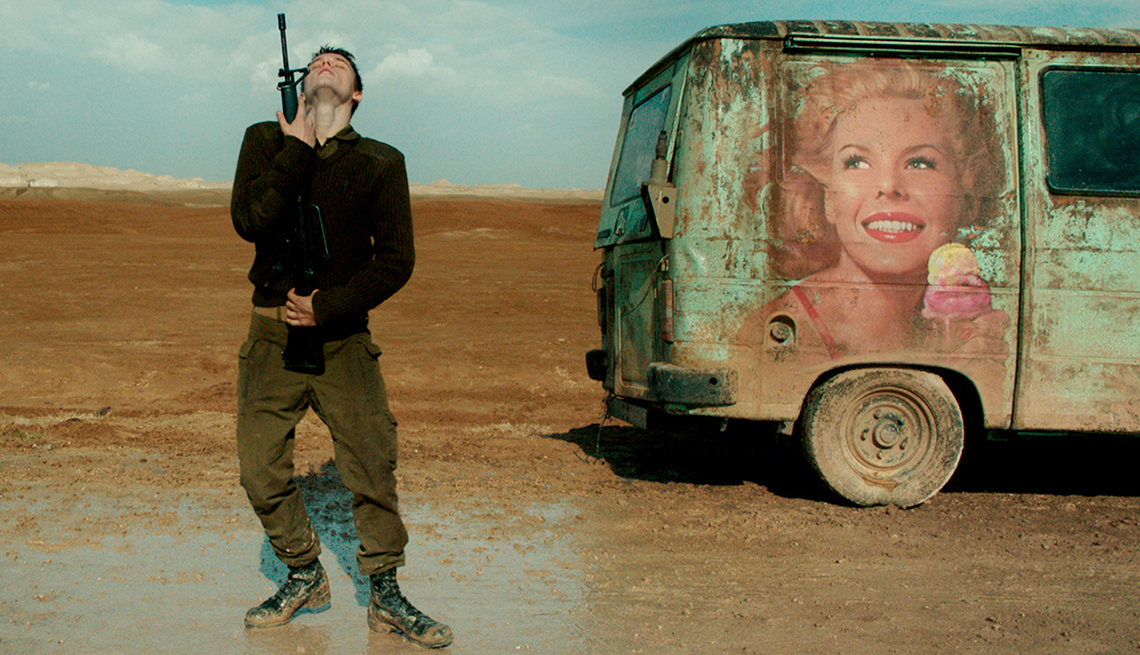 Israeli soldier Jonathan (Yonaton Shiray) dances with his rifle outside a checkpoint in “Foxtrot."

Though it plays more like a dream sequence than an exposé, Foxtrot could upset audiences for political reasons. But it’s not really a protest film. It’s an imaginatively photographed, achingly slow, movingly acted philosophical meditation on grief and fate, inspired by the day the director punished his daughter — who liked to oversleep so that he’d drive her to school — by making her take a city bus ... that was bombed by terrorists.

It turned out that she had missed the bus by seconds. However, in Foxtrot, the parents of a checkpoint soldier face a similar moment. Informed that their son (present at the checkpoint incident) has fallen in battle, the mom (Sarah Adler of Sofia Coppola’s Marie Antoinette) faints dead away, and the dad (Lior Ashkenazi, 49, winner of three "Israeli Oscars") falls into a rage. Later, they discover it’s a mix-up and their kid’s not dead — though he could be dead at any moment since he’s in a war zone. Their fancy Tel Aviv apartment feels like a trap — in fact, history feels like a trap, starting with the Auschwitz experience of the soldier’s grandma. The first third of the film, about the couple’s grief, has been compared to Ordinary People.

Then comes the middle third, about their son manning the Foxtrot checkpoint. It’s the opposite of his parents’ ultracivilized apartment, a wide-open desert that’s a boredom trap and otherworldly. His buddies are funny and adorable, especially when measuring how fast the shipping container they sleep in is sinking into the mud (a metaphor for permanent war) by daily timing how fast their spam cans roll to one end. The guys fantasize about Pamela Anderson and Jessica Rabbit, as well as tattoo and razz each other, and are occasionally interrupted by a passing camel or young drivers who require ID checks. The film gets you inside the heads of the terrified kids on both sides: Israeli and Palestinian. 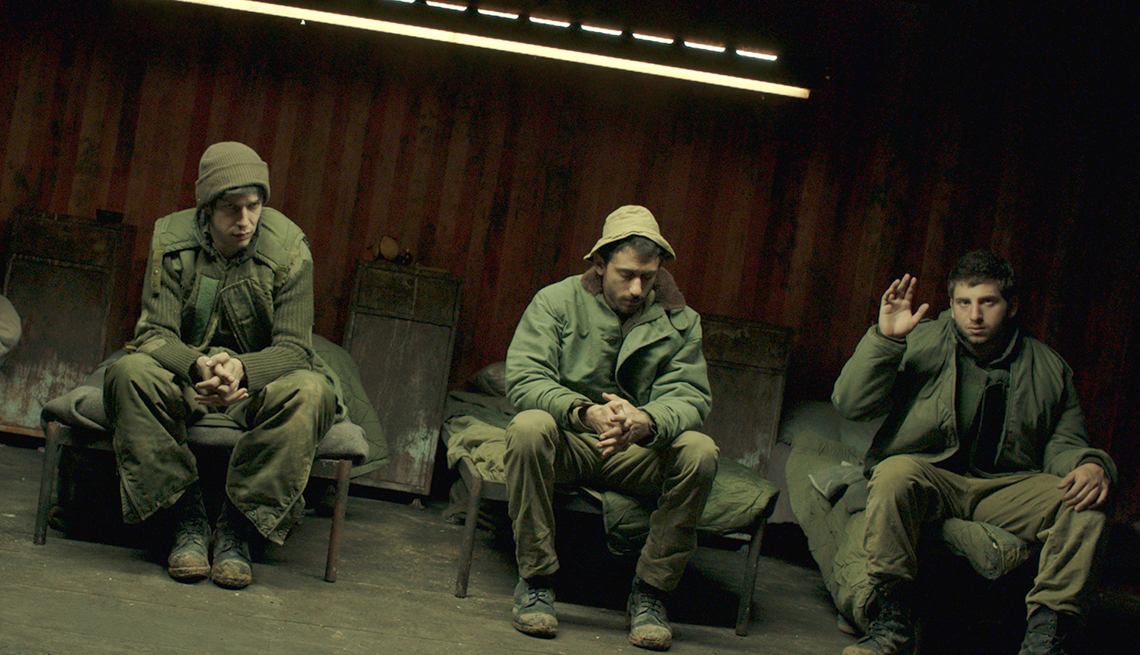 Foxtrot’s big cinematic achievement is the surrealism of its realism in a tale where, as one soldier puts it, “It’s all an illusion — you are also an illusion.” Often, you don’t know where you are in space: Flares in the sky turn out to be mud puddle reflections, as the wind howls evilly and an old radio they fixed plays the bizarrely murmurous 1952 organ tune “Walk the Lonesome Night.” It’s all a gorgeous metaphor for a world turned upside down.

I won’t tell you what happens in the final third of the film, which contains a grueling twist or two. But the ultimate revelation is that, in a war zone, fate is fickle, and morally speaking, it’s impossible to say which way is up.