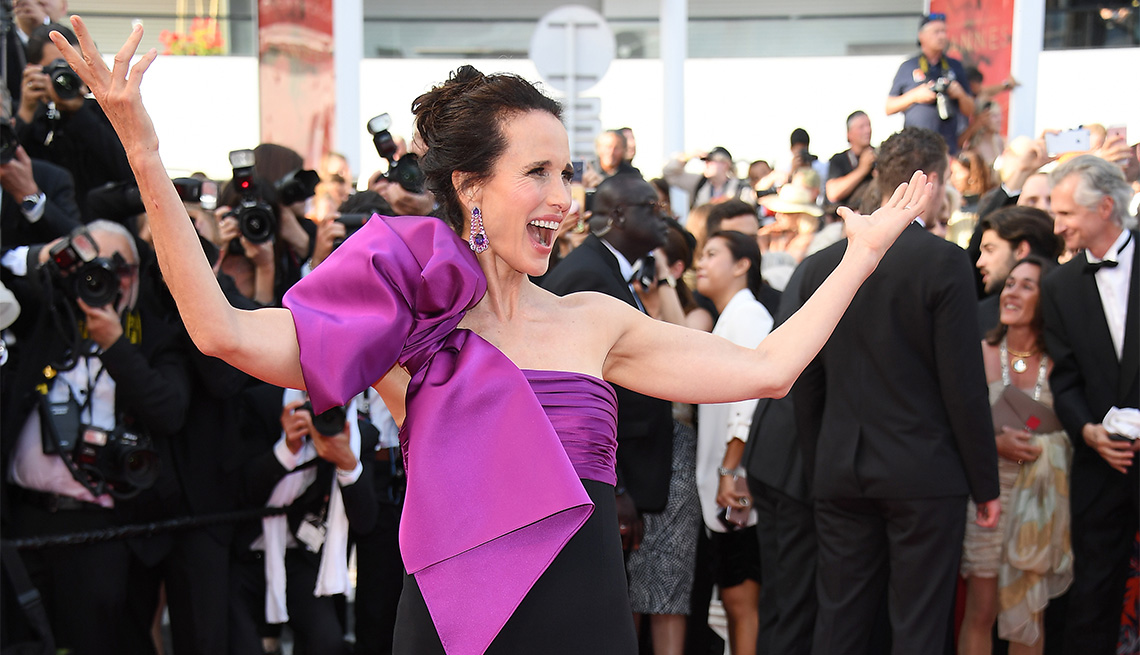 Andie MacDowell attends the "The Meyerowitz Stories" screening during the 2017 Cannes Film Festival at the Palais des Festivals in France.

Just before her 60th birthday, actress Andie MacDowell is promoting the April 6 wide release of Love After Love, an indie movie about grief and mourning that has earned good reviews (it has a 100 percent rating on Rotten Tomatoes) and a lot of buzz, in part because she does her first nude scene.

“Everyone’s made a big deal out of it,” MacDowell told Deadline Hollywood's Pete Hammond. “Andie MacDowell does first nude scene!” But the former supermodel, who shot to fame (and an Independent Spirit Award and three Golden Globe nominations) at 31 in Sex, Lies, and Videotape, thinks the film — a sensitive, John Cassavetes-like study of the effect of grief on a new widow and her son (Chris O’Dowd) — “means more as a kind of revealing of the soul.”

That may be, but it’s also relevant that MacDowell, who — like Helen Mirren — defies aging, told Us magazine, “The beauty myth that I’d like to debunk is that you must be young to be beautiful. Age isn’t a detriment, and we don’t need to chase youth. We should all embrace every moment of our life.”

MacDowell’s performance drove Sex, Lies, and Videotape, which historian Peter Biskind, 77, calls “the Big Bang of the modern indie film movement.” It put the Sundance Film Festival on the map and made stars of director Steven Soderbergh and Oscar-hogging Miramax Pictures.

But MacDowell told Hammond her part in Love After Love is more interesting “because there’s something about a mature woman that I find fascinating, that you will never get from a young woman. There is more depth. The beauty of a mature woman is quite often lost on a culture that glorifies youth. I think that I am much more interesting now than I ever was when I was 30.”