Marvel’s superhero movies are often sprayed with grownup repellent: ultraviolent overkill, stories that make no sense, too many villains and Avengers crammed in like Marx brothers in the stateroom in A Night at the Opera.

But give Spider-Man: Homecoming a chance. Despite blockbuster thrills involving mass death at the Washington Monument and on the Staten Island Ferry, this is the best Spidey movie since 2004’s Spider-Man 2. Andrew Garfield and Tobey Maguire made us tingle, but new star Tom Holland — despite having been 20 during filming — makes a far more believable 15-year-old webslinger.

As Holland has said, “You've seen [Spidey as] the billionaire, the scientist, the soldier. Now it's time to see the kid.” And the poor kid has to juggle geometry, the homecoming dance and a first crush — not to mention the complicated new computer-assisted Spider-Man suit that Iron Man (Robert Downey Jr.) gives him. He crashes a friend’s dad’s convertible and gets in still more trouble when he disables his Spidey suit’s “Training Wheels” setting, and its Siri-like voice informs him his superpowers will now enable him to start killing people. But he doesn’t want to kill! A kicky new concept in superhero circles. 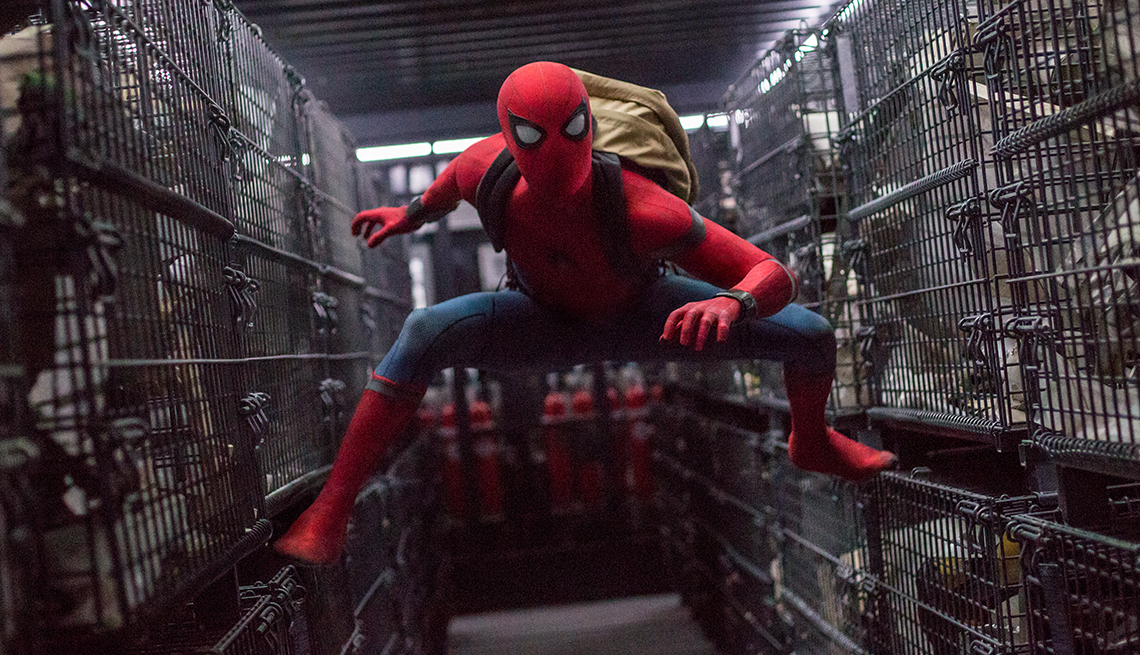 Tom Holland’s Spider-Man is a 15-year-old who is enjoying his new superpowers and learning from his elders.

This Spidey knows he’s overeager and underexperienced, and he respects his elders: wiseacre Iron Man, his grousing mentor Happy Hogan (Jon Favreau), his bookish Aunt May (Marisa Tomei, who is criminally underutilized in this film) and his nemesis the Vulture (Michael Keaton). Downey’s quipster-hipster persona takes on a rather thoughtful, fatherly cast, and Keaton has a blast as a blue-collar worker impoverished and embittered by corporate ruthlessness.

In a film filled with references to other films, the Vulture is an in-joke about Keaton’s Oscar-nominated role as a washed-up superhero actor in Birdman (which had a Spider-Man cameo). But it’s not just a meta gag: He’s a character with integrity. With all its buoyant humor, Spider-Man Homecoming is fresh and fun, not cynical and jaded.

So why not give it five stars instead of four? I deduct one because after a series of lively, lighthearted action sequences, the climactic battles are all blurry — as in too many action films, you can’t tell who’s where in space. Also, while Spidey’s bromance with his nerdy best friend (Jacob Batalon) rings true, his romance with Laura Harrier has 1/1000th the superpower of Tobey Maguire’s famous upside-down-in-the-rain kiss with Kirsten Dunst.

Still, Spider-Man: Homecoming harkens back to the original 1962 comic, in which the Vulture was the second bad guy Spidey faced. I bought that issue (now worth $5,000) to get the same dreamy teen-hero feeling the movie conveys. For me, the film is a dream come true.