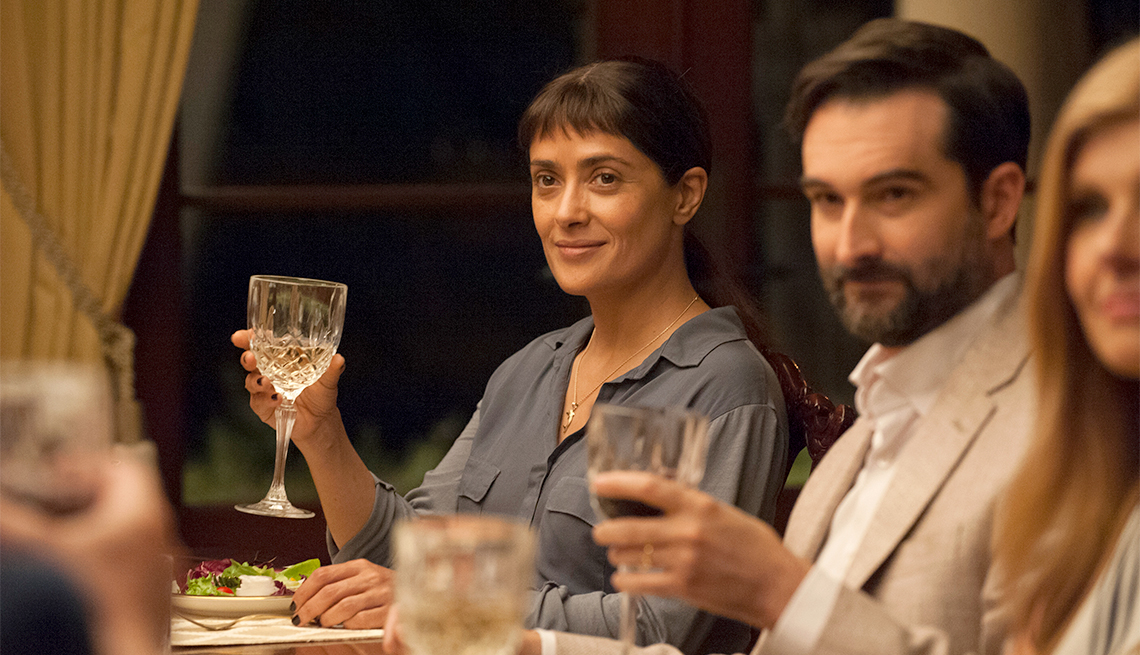 Salma Hayek and Jay Duplass in "Beatriz at Dinner"

En español |  Beatriz at Dinner was shot last summer, well before the 2016 presidential election. But even then, Salma Hayek, who stars as a healer-masseuse who ends up at a dinner party held at a wealthy client’s palatial Newport Beach, Calif., estate, sensed it would resonate with moviegoers. “We have a divided America,” says Hayek, whose sad-eyed, earthy character ultimately faces off with actor John Lithgow’s hotel and golf course tycoon. “It’s the perfect film for our time.”

Hayek is quiet and watchful through most of the politically tinged dramatic comedy, delivering what critics have called a career-highlight portrayal — much of which she credits to director Miguel Arteta’s confidently eccentric directorial style. “Sometimes he would say to me, ‘You cannot move a muscle on your face,’ and I was not allowed to cry,” reveals Hayek, 50. To prepare for the part, she learned massage and healing techniques, and meditated every morning.

Even before he finished writing the script, screenwriter Mike White promised Hayek — who owns a rescue farm with some 50 animals — that Beatriz would be a “love-for-all-of-God’s-creatures” type, too. To stay in character during shooting, Hayek deliberately isolated herself from Lithgow, Connie Britton, Chloë Sevigny and Jay Duplass, who all portray her upper-crust dinner companions. “I’m a social butterfly,” she says, “so it was very difficult.”