The only authentic thing about the fifth film spun from Disney's movie like Pirates ride is the tune Paul McCartney sings in a jail cell.

As some will remember, McCartney sang in jail in real life, in Japan, after a bag of pot popped out of his opened luggage like a jack in the box at customs, so he knows the role. He's playing a bit part as Uncle Jack to Johnny Depp's Captain Jack Sparrow, just as Keith Richards, whose wobbly, affable persona inspired Depp's Sparrow, played his dad.

The tune Sir Paul is singing is an ancient Liverpool sailor's folk song that became a worldwide hit even before the Beatles did. "Maggie May" is about a prostitute busted for stealing from customers  — "That dirty, no good robbin' Maggie May." It has a salty air, and Paul's beard looks better than the one he wore in A Hard Day's Night.

But everyone else in Pirates seems to be doing it for money. Plenty of viewers of all ages will gobble it up and holler for more, but only fans of spectacle with no need of story, character development or wit won't feel that they've been robbed. 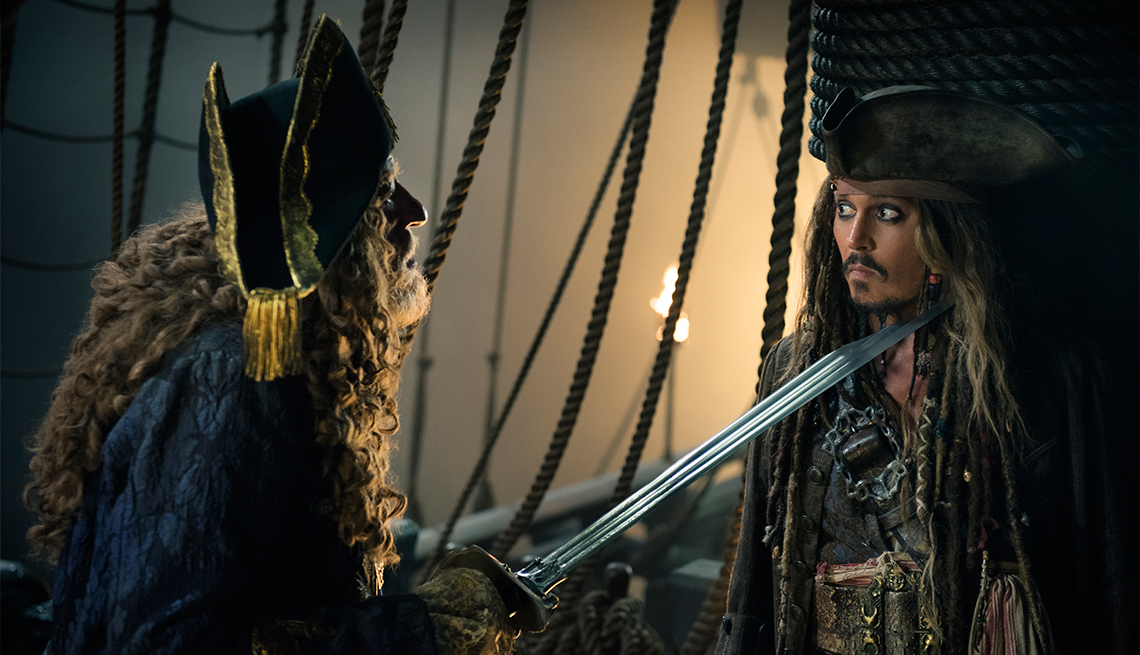 Against all odds, the first Pirates flick was terrific, and Depp's big payday was an artistic romp. But with the fifth iteration of the blockbuster franchise, there are signs the series has jumped the zombie shark. For one thing, there's a scene with a jumping zombie shark.

The great grownup actors in this franchise, Oscar nominee Depp, 53, and the Oscar, Emmy and Tony Award winner Geoffrey Rush, 65 (as Captain Barbossa), are no longer having a blast making a bundle. Rather, Barbossa blasts at people with his blunderbuss, and Sparrow nods off in protest of boring expository dialogue. The jokes composed by super successful writer Jeff Nathanson constitute comic malpractice. The effects are special sometimes, and Javier Bardem is still scary as Jack's ghost rival. What might be scarier? Pirates 6.