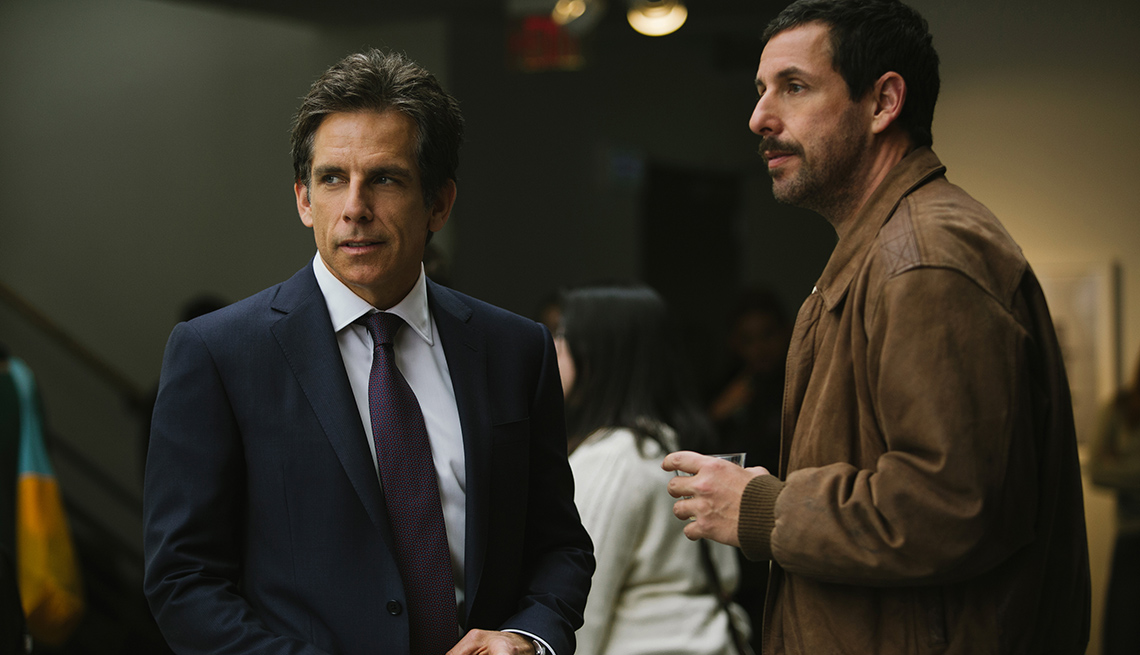 Ever since 2002’s Punch-Drunk Love, we’ve known there’s more to Adam Sandler than Happy Madison and silly (or, lately, downright bad) comedies. With honest emotion and unique tenderness, Sandler, 51, proves more than a match for his Oscar-winning castmates in The Meyerowitz Stories (New and Selected), his best film in 15 years and Netflix’s best film yet.

The film is a deeply affecting family drama that director Noah Baumbach, 48, expertly steers away from being overwrought. Harold is the kind of guy who doesn’t ask how you’re doing, interrupts, only talks about himself, and storms out of restaurants and parties. But Hoffman makes him fantastically nuanced, and he doesn’t overshadow the rest of the cast. Each character deals with Harold-caused exasperation in a different way, revealing something about themselves and the family dynamic. 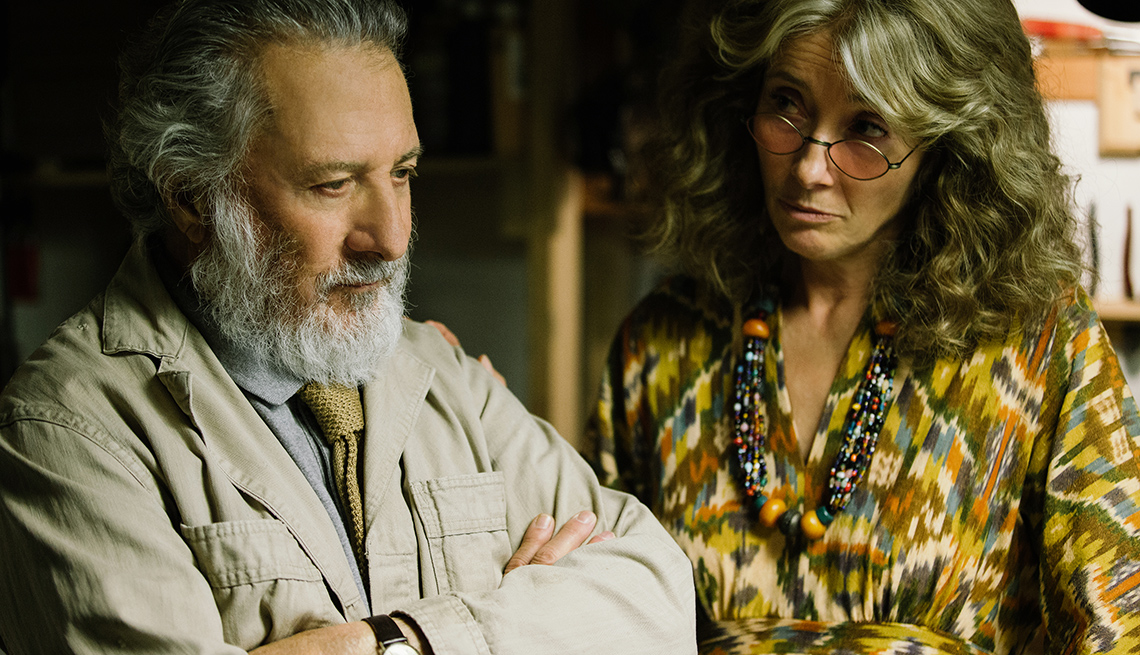 Dustin Hoffman is the patriarch of the complicated Meyerowitz family in the new Netflix drama "The Meyerowitz Stories." Emma Thompson plays his fourth and latest wife.

Baumbach (Frances Ha) finds the humor and grace in every scene. When Harold forces Danny to wear a tuxedo to a friend’s decidedly not-black-tie art opening, Baumbach’s clever editing and the palpable frustration in Sandler’s performance leave us laughing in sympathy, not writhing in secondhand embarrassment. Stiller scores, too: In his second film in two months about a guy’s midlife crisis, he elevates his game above Brad’s Status, and his scenes with Hoffman — particularly one hilarious moment chasing down a stranger from a restaurant who offended Harold — are fantastic.

Baumbach’s films are often called understated, for good reason — the way their characters navigate how the people in their lives treat them is simple and authentic. There’s no titanic, climactic clash between A-listers, no undeserved catharsis at the end. There’s simply an all-too-common type of bad father and his kids, desperately trying to make amends with him and avoid his tendencies. All the cast members shine as they project their genuine frustrations — especially Sandler as Danny. It’s a joy to watch him as a recognizable human being. Here’s hoping he plays them more often.

The Meyerowitz Stories (New and Selected) is in theaters and on Netflix Oct. 13.