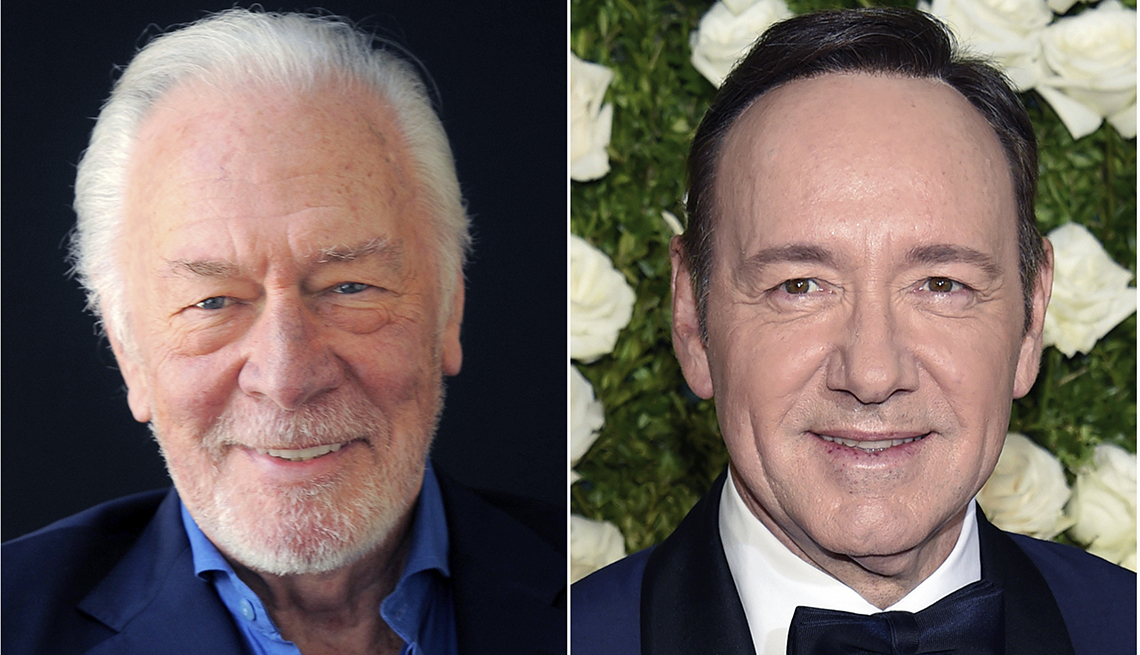 Christopher Plummer is replacing Kevin Spacey, who has been cut out of director Ridley Scott’s finished film “All the Money in the World.”

﻿Seasoned actor Christopher Plummer, 87, will replace Kevin Spacey, 58, in the thriller All the Money in the World, even though the movie was finished and has a Dec. 22 premiere date. Spacey has been accused of sexual assault against more than a dozen males, six of them teenagers at the time.

As allegations against Spacey have come to light, television and moviemakers have taken steps to distance themselves and their companies from the actor. Netflix has booted him from the sixth and final season of House of Cards and canceled the release of its already-shot film Gore, with Spacey as Gore Vidal.

Plummer will play J. Paul Getty in the movie about the 1973 kidnapping of Getty's teenage grandson J. Paul Getty III, directed by Ridley Scott. Though Spacey wasn't the main character, his scenes were filmed over two weeks in different locations, and the reshoots with Plummer will require visual effects and new takes by costars Mark Wahlberg and Michelle Williams. The Hollywood Reporter calls the situation "virtually unprecedented," but it looks as if it will save the film, which was dropped by the  influential AFI Fest.

Spacey was dropped by his agent and publicist, and a planned International Emmy Founders award for him was scuttled. There is no word yet on what will happen to his other unreleased film, Billionaire Boys Club, about a deadly real-life scam by rich L.A. kids in the 1980s. Spacey, who has grossed $1.5 billion as a movie actor and $124 million as a producer, and earned a Golden Globe and five Emmy nominations for Cards, may be history.

Netflix should come out all right, thanks to its swift, decisive action, and Cards was waning anyway. Now Netflix is less dependent on Spacey, with hits like Stranger Things, The Crown and Orange Is the New Black. A House of Cards spin-off is under consideration, possibly starring Michael Kelly, who played Spacey's chief of staff. Many celebrities urged Netflix to make Robin Wright, who played Spacey's wife, the original show's star, and critic Mark Harris wrote an imaginary opening scene for her: “Wide shot. Rainy funeral at Arlington. Robin Wright: ‘If there’s one thing my late husband stood for ... ’ ”

Ironically, Plummer, unlike Spacey, is the right age to play Getty. And he was reportedly the director's first choice for the role.