Genius director Kathryn Bigelow, 65, tells the mercilessly gripping story of Detroit’s 1967 race riot with artfully crafted, documentary-style realism. It’s a masterpiece — but a lesser one than her Zero Dark Thirty (2012) and the six-Oscar-winning Hurt Locker (2008). Those were simple, goal-oriented stories about soldiers of genius (Osama bin Laden’s executioners and Iraq bomb defusers). Detroit is about chaos.

Based on an incident in which cops tortured innocent, mostly black people trapped by the riot in Detroit’s Algiers Hotel, the film is hobbled by the fact that the victim characters are based on real people, while the cops are fictionalized. Brilliant screenwriter Mark Boal had to make them composites, because a sharp lawyer, all-white juries, and a judge got the cops off despite their shifting alibis (even antiblack J. Edgar Hoover said they were obviously liars).

So we are deprived of the fascinating real ringleader, baby-faced vice cop David “Snake” Senak, a church boy who, after luring and busting 175 prostitutes, considered women evil. The film replaces Snake with a fake snake named Krauss (Will Poulter), a horror-flick bad guy with a leer and eyebrows worthy of Jack Nicholson’s Joker. When he and his two also-fictionalized partners beat, berate and strip the women in an excruciatingly well-acted scene, the incident seems invented, though it happened.

The movie also doesn’t quite capture how much the police, though racist, were motivated by terror. Snipers shot firemen and cops, one of whom died; as authorities fired over 155,000 bullets, more than 40 citizens died. To both Detroit’s 40 percent black population and its 95 percent white police, the riot was a war zone. Forget justice, it was about survival. Snake’s cops invaded the Algiers because an angry fool teenager inside shot a starter pistol (no bullets) out the window, to scare cops. He succeeded. 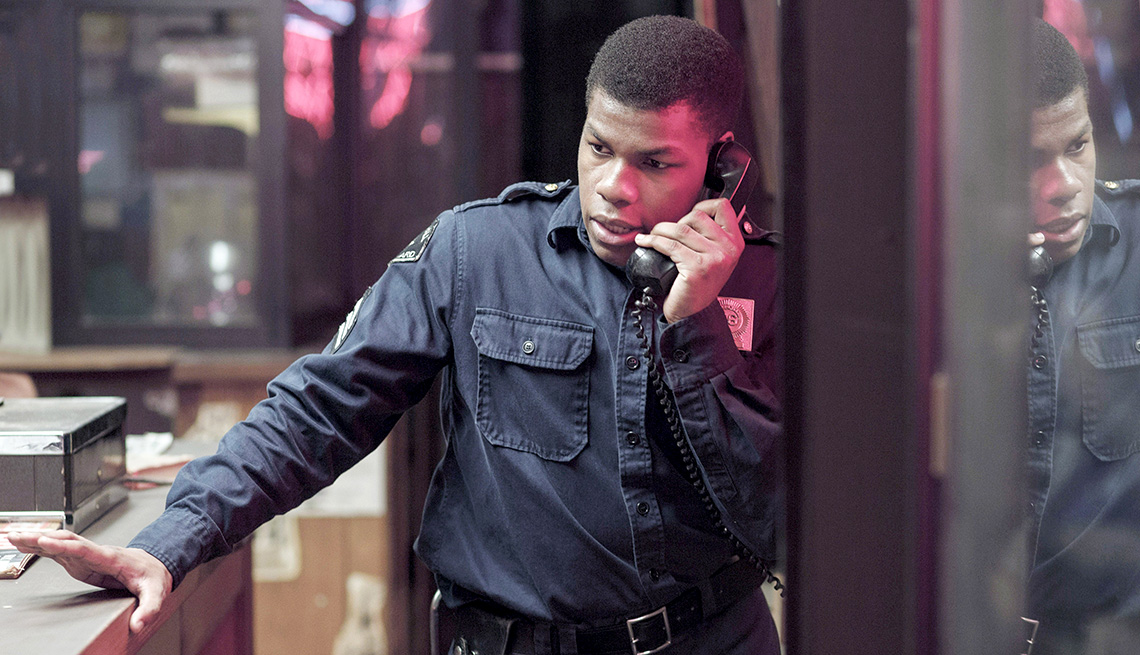 John Boyega stars in "Detroit," playing Melvin Dismukes — a security guard who tried to mediate between cops and victims.

The film’s victims are more realistic. Algee Smith is terrific as a member of the Motown group the Dramatics, whose concert was stopped by the riot. You see the killers’ stony hearts in Smith’s terrified eyes during the torture scene, painfully long — but not as long as the real torture was.

John Boyega is fascinating as Melvin Dismukes, a black security guard who tried to mediate between the cops and victims. He’s humane, tense, cautious — a man caught between two racial worlds at war.

But in the end, this film leaves the viewer feeling hopeless. It’s like Selma with no hard-won civil rights victory. Everyone loses in this war. At the concert the Dramatics had to flee, Martha and the Vandellas were the headliners, singing “Nowhere to run, baby, nowhere to hide.” That’s how Detroit makes you feel. 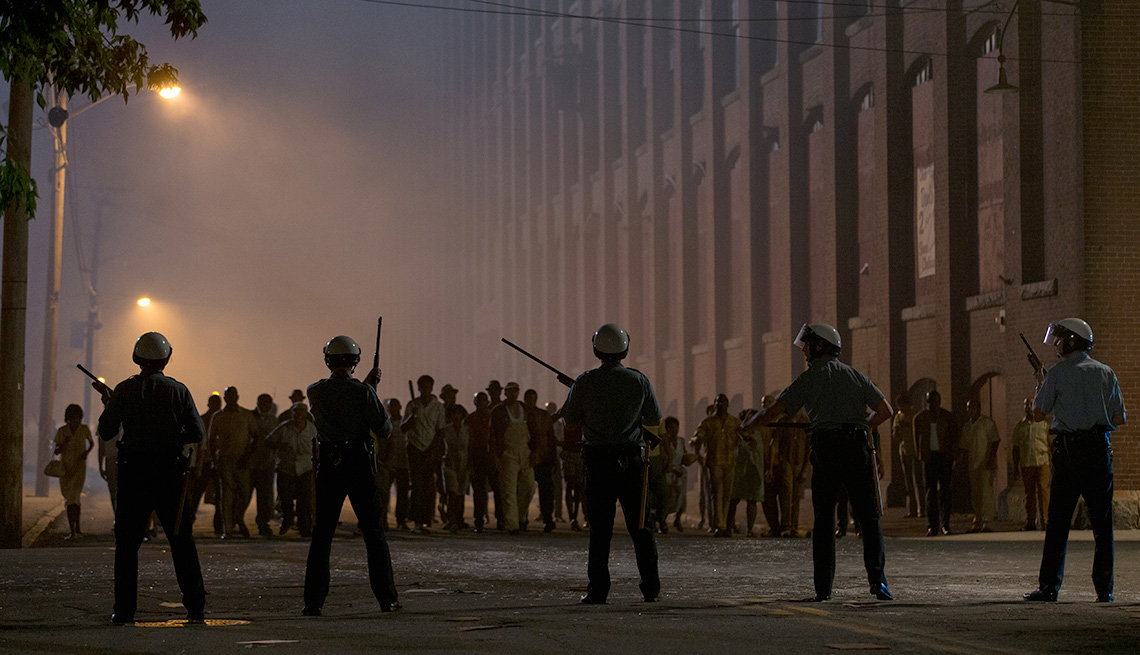