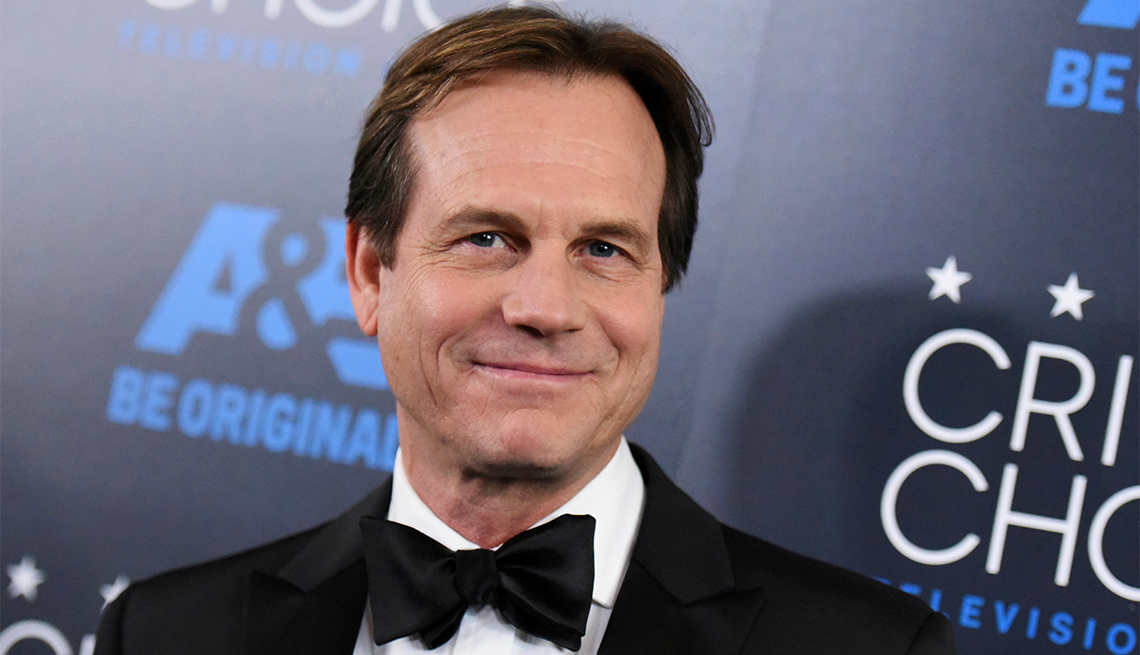 Bill Paxton carved out an acting career that most actors would envy.

The world first took notice of Bill Paxton — if somewhat tangentially — in 1963, when someone in a crowd of onlookers hoisted the 8-year-old aloft to get a clear view of President John F. Kennedy. The place was Fort Worth, Texas. The date was November 22, 1963. And a news photo of that moment now hangs in a museum at the former Texas School Book Depository, from which JFK was shot later the same day.

Paxton — who died Feb. 25 after heart surgery at age 61 — was born and raised in Fort Worth. He studied acting at New York University, worked as a production assistant on a movie set, then played a series of minor roles for years.

His big break came in 1992, when he starred opposite Billy Bob Thornton in the crime drama One False Move.

Paradoxically, Paxton became a movie star who seldom was the leading star in his movies. Despite consistent high billing, he settled into supporting positions in films such as Titanic, Apollo 13 and Nightcrawler — even if he often did steal scenes from splashier stars.

When Paxton landed an undisputed lead — in movies like Twister, say, or Mighty Joe Young — he frequently wound up playing second fiddle to head-spinning special effects.

Through it all, Paxton carved out a career most actors would envy. In a 2009 interview, he credited his success to the influence of his salesman father, John Lane Paxton: “He had integrity about the thing he was selling,” Paxton said. “And I certainly picked that up from him.”

Not until he became a TV star — often playing conflicted, hard-to-like guys — did Paxton make the leap from familiar to ubiquitous. During his five-year run on the HBO series Big Love, for example, Paxton utterly immersed himself in the character of Bill Henrickson, a much-married polygamist with a grim determination to live up (or down) to his faith-enabled misogyny. On the History Channel’s Hatfields & McCoys, he let viewers wonder if they should root for him at all. And on the currently airing CBS series Training Day — his first for a broadcast network — he played a grizzled cop bent on disabusing a rookie partner of his dangerously idealistic aspirations.

Paxton’s finest starring role was Hank in 1998’s A Simple Plan. Channeling a hard working Joe who stumbles across millions in dirty drug money, Paxton characteristically left his audience teetering in its allegiance: How could a guy who seemed decent enough simultaneously be so prepared to kill in cold blood?

There was no ambivalence to Paxton’s private life, though. Married since 1987 to second wife Louise Newbury, he was vocally proud of his two grown children, recently telling an interviewer he was “thrilled” to have his 22-year-old son, James, guest-starring on Training Day. Paxton also spoke fondly of hanging out with his 19-year-old daughter: “I loved watching Stranger Things with Lydia.”

Loving tributes poured forth following Paxton’s death. Jennifer Aniston teared up while announcing his death during Sunday night’s Oscar telecast — and she had never even worked directly with him. The reaction reflected the close embrace between Paxton and his viewers. Unlike stars remembered for a single indelible role, Paxton will always enjoy a warmer, more diffuse image: a nice guy whose amiable persona reached far beyond the rough-hewn characters he played so well.