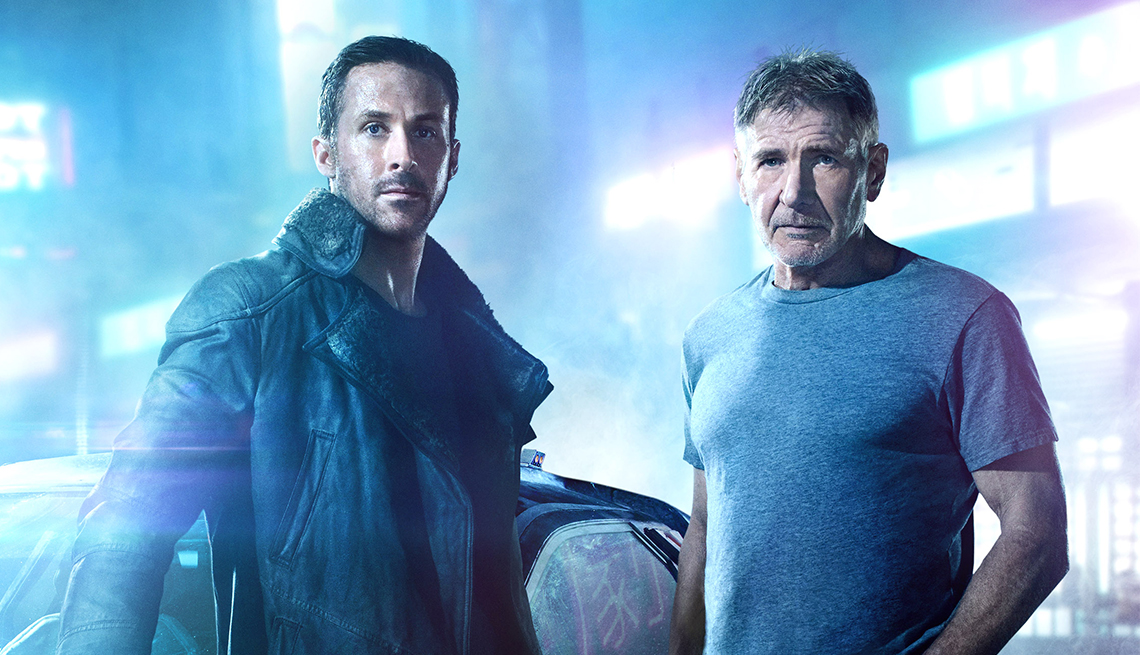 "Blade Runner 2049" relied too much on adult male viewers for its audience.

What's hot at the box office these days? Tyler Perry's cross-dressing comedy Boo 2! A Madea Halloween, which should gross about $50 million and puts him on track to become a $1 billion auteur within a year. What else is popular? Pretty much nothing. Moviemakers are licking their wounds after the worst summer box-office season in 25 years, yearning for the great Oscar contenders coming up soon and analyzing what went wrong. Here are the most significant flops of 2017 so far — and the lessons they offer.

It's better than the revered original, Rotten Tomatoes' top critics say, and the top professional Oscar predictors rank it the No. 1 front-runner for the cinematography Oscar. If grownup male viewers were all that mattered, it could be a hit. But the reboot of the Harrison Ford sci-fi film noir, which opened Oct. 6, relied too much on grownup viewers (it attracted viewers who skewed 71 percent male, 63 percent of whom were over 35.) It just cost too much for that narrow audience.

The lesson: Don't make $155 million niche pictures almost three hours long and keep the plot top secret in your ads, demanding that viewers remember a quarter-century-old movie that wasn't a hit in the first place.

Not even Tom Cruise's heroism could save this so-so summer monster movie from a stunning 7 percent rating (out of a possible 100) from top critics. Even though it was Cruise's biggest global opening ever at $169 million, it cost an estimated $345 million (including marketing).

The lesson: Universal Studios is uniting its old monster franchises into a "universe" with a common story, so each film can advertise the others. (Coming up: Johnny Depp's Invisible Man and Javier Bardem's Frankenstein.) The Mummy proves it is harder to retrofit old stories into one universe when the originals weren't devised to be part of one overall story, as Marvel tales are. It also proves Tom Cruise's appeal isn't gone: Snubbed in America with $80 million sales, The Mummy made $409 million worldwide. 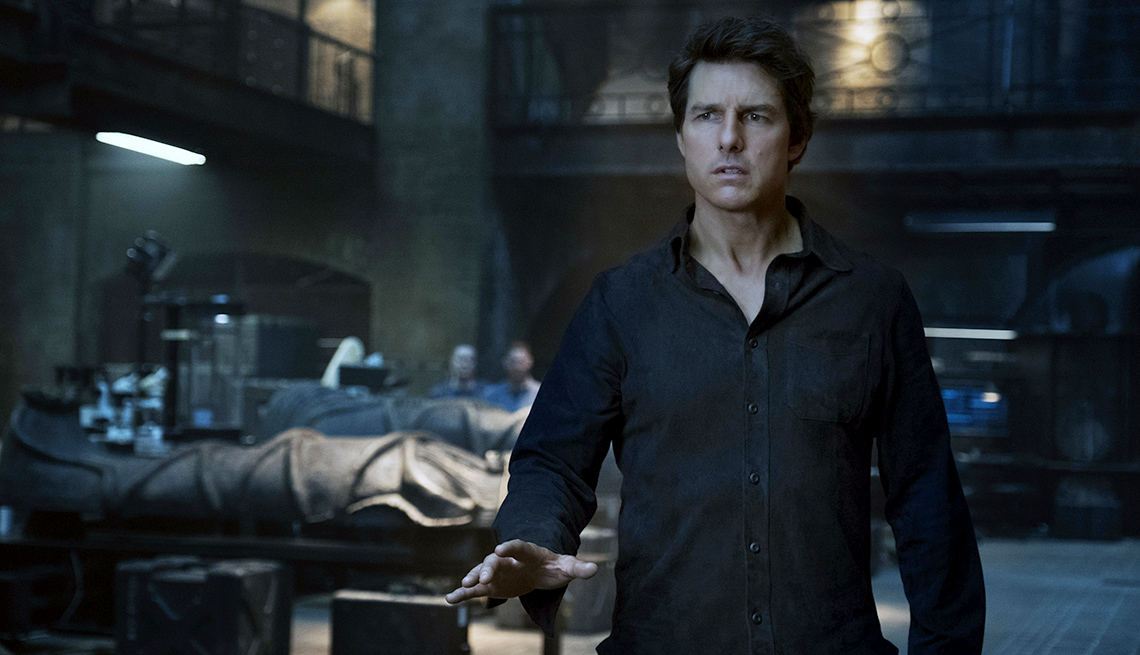 Not even the star power of Tom Cruise could save "The Mummy."

King Arthur: Legend of the Sword

It seemed like a terrific idea to dump an estimated $275 million into what was envisioned as the first of six Games of Thrones-like films  (another stab at a Marvel-ish "universe" of films), since director Guy Ritchie had made wonderful indie crime movies and two Sherlock Holmes hits that have grossed over half a billion dollars. But it was a bad idea.

The lesson: Don't film bad scripts that aren't done. Respect writing, as movie studios tend not to. Don't expect poor Charlie Hunnam, star of FX's Sons of Anarchy, to open a blockbuster at this point in his career.

Worth seeing anyway? No. But at least now we don't have to watch six of them.

Dumber than Dumb and Dumber, which was actually smart, this stillborn reboot of the 1970s California Highway Patrol show starring Erik Estrada (now a real Idaho cop) was a real blow to writer-director-star Dax Shepard, who was good 11 years ago in Idiocracy, and costar Michael Pena.

The lesson: Make sure a comedy has more than one laugh per hour.

Worth seeing anyway? No.

With a reported $100 million budget and $8 million in U.S. ticket sales, this flop hurts. It's one of the most important films of the year, about the World War I genocide that killed 1.5 million Armenians.

The lesson: It's hard to make a hit out of history, even with Christian Bale, Oscar Isaac and smart director Terry George (Hotel Rwanda). Especially when genocide deniers flood IMDb with negative one-star reviews to silence your film's message.

Valerian and the City of a Thousand Planets

The Fifth Element director Luc Besson spent about $180 million on this sci-fi adaptation of a comic book the French love but that Americans don't — it only grossed $40 million domestically. It may be the priciest art film ever made.

The lesson: Never make a film only the director wants to see.

Worth seeing anyway? Yes. You'll never see anything like it ever again because no one wants to lose that much. And it does look cool.

Pirates of the Caribbean: Dead Men Tell No Tales

When is a flop not a flop? When it's the fifth Johnny Depp flick inspired by the Disneyland ride. It cost about $380 million to make and market, and made $173 million in America, way down from the series' peak ($423 million for Pirates 2 in 2006). In the U.S., people forgot it instantly, three-quarters of major critics reviled it, and Depp risks getting forgettable, too, in a role that used to be fresh and surprising. But foreign moviegoers spent $622 million on tickets, merchandise sales from the film exceed $65 million, and even a bomb can attract visitors to Disney parks. By showing absolute contempt for viewers, Disney will wind up with an estimated $280 million profit.

The lesson: It's good to be Disney, but even they must realize this cash sea cow is bound for Davy Jones' locker.

Worth seeing anyway? No. It's as bad as we expected the first one to be.

Baywatch is hard to kill. NBC tried to cancel the brainless bikinis-and-brawny-bozos-at-the-beach show in 1990, but foreign viewers swooned for it, and soon it had 1.1 billion viewers in 142 countries. Even the film version, loathed by more than 8 in 10 major U.S. critics, is the eighth-most-popular film in Germany so far this year. But Americans did not respond to its sleaze and its incompetent nincompoop attempt to do a 21 Jump Street-like reboot.

The lesson: Not even Dwayne Johnson can save a movie that deserves drowning.

Worth seeing anyway? No way.

Stephen King said it's not surprising that his 3,000-page story about a gunslinger from another universe had a tough time fitting into a 95-minute film. Critics agreed, rating it just a bit higher than The Emoji Movie, and its $50 million domestic gross was low for a film that cost $60 million.

The lesson: Idris Elba should be big enough to open a film, but these days Tom Cruise barely can. Matthew McConaughey should stop acting like he's sleepwalking while dreaming of his car commercials. Adjusted for inflation, It is the No. 3 R-rated horror film of all time, after The Exorcist and Fatal Attraction, but The Dark Tower offers little to interest the book's readers and makes no sense to anyone else.