A Congressman to Believe In?
“I must say it’s tough to be a young, up-and-coming 70-year-old film director,” laughs Robert Mrazek. Taking to heart the old adage “Write what you know,” the first-time filmmaker and five-term U.S. congressman from New York has penned and codirected The Congressman. It’s the heartfelt story of a wheeler-dealer politician (Treat Williams) who’s distressed to realize that 93 percent of Americans wouldn’t trust him and his colleagues to run a bake sale. “The real challenge here,” Mrazek confesses, “is to see how many people are willing to go see a movie called The Congressman and actually root for the title character. I think the film is an antidote to all the negativity that’s around. At least I hope so.” 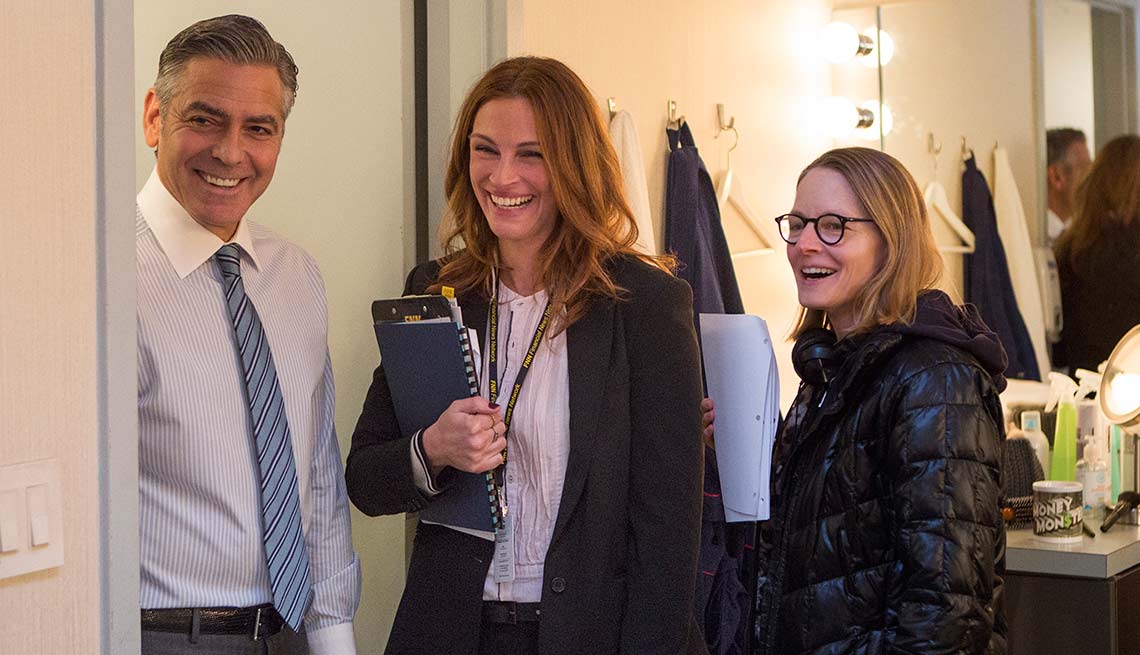 Jodie Foster: How Eddie’s Father Changed My Life
As a 6-year-old actress on the set of the 1960s sitcom The Courtship of Eddie’s Father, Jodie Foster had an “aha moment” that affects her to this day. “Bill Bixby was the star, and he was also directing the episode,” Foster recalled at a Tribeca Film Festival Q-and-A with director Julie Taymor. “My eyes got wide, and I thought, ‘Actors are allowed to direct!’ … But honestly I didn’t think that I would ever be allowed to.” Women directors are still relatively rare in Hollywood, but Foster is making her mark with acclaimed films like Little Man Tate and her upcoming Money Monster.

* The Congressman
Returning to his district on the picturesque Maine coast, a congressman (Treat Williams) who’s already doubting his value gets a rocky reception from his constituents. George Hamilton and Fritz Weaver pop up in fun supporting roles, and Elizabeth Marvel (House of Cards) is a delight as the politico’s refreshingly grownup love interest.

* The Family Fang
Director-star Jason Bateman proves his first film, the delightful and dark Bad Words, was no fluke: This time he probes the darker corners of family relationships in the story of a brother and sister (Bateman and Nicole Kidman) enduring an uneasy homecoming with their world-famous performance-artist parents (Christopher Walken and Maryann Plunkett). All the performances are brilliant — particularly Plunkett's as the emotionally torn mom — and Bateman skillfully steers the proceedings from unsettling comedy to intriguing mystery.

* A Hologram for the King
Tom Hanks provides all the fun as a struggling U.S. businessman who travels to Saudi Arabia in a last-ditch bid to sell new technology to an Arab monarch.

Mother’s Day
Despite the star power of Julia Roberts, Jennifer Aniston and Kate Hudson, the best Mother’s Day gift you could give Mom would be to stay away from this bad and undisciplined comedy.

This thrilling, inspiring, beautiful documentary about Apollo 17 commander Eugene Cernan deftly evokes America’s decade-long commitment to landing a man on the moon in 1969. Part of the joy comes from reveling in a time when the nation could agree on a common goal.

J. J. Abrams’ follow-up to his 2008 monster epic Cloverfield has John Goodman in the lead — and that’s good enough for us.

It takes the first two hours to set up the conditions under which Superman and Batman can fight on equal terms. By then, they — and we — have forgotten what they’re so mad about.
FULL REVIEW

In a biopic that skips freely from fact to fiction and back, Ethan Hawke is tragically endearing as 1950s jazz legend Chet Baker. FULL REVIEW

Melissa McCarthy is as defiantly funny as ever, playing a fallen corporate mogul making her comeback in a brownie-peddling business. But her perennial blowhard-with-a-heart-of-gold shtick is wearing thin. FULL REVIEW

Michael Shannon is the King; Kevin Spacey is the Prez. Both are pitch perfect in this delightful fly-on-the-wall look at Elvis’ impromptu 1971 Oval Office visit.

Helen Mirren stars as a British commander who must decide whether to take an innocent life in a drone strike on a terrorist training camp. The universally excellent performances include that of the late Alan Rickman in his final film role. FULL REVIEW

Director-cowriter Nanni Moretti’s extraordinary study of a film director trying to balance work and caregiving strikes one visceral chord after another.

Susan Sarandon shines as the overinvolved mother of a TV writer (Rose Byrne). She smothers the poor girl with attention — until, that is, she catches the eye of a charming ex-cop (J. K. Simmons) who rides a Harley and raises chickens.

Producer-director-writer-star Don Cheadle’s heartfelt bio of Miles Davis follows the drug-addled trumpeter through a night-long quest to recover a stolen session tape. It’s a jumble out there, but Cheadle is brilliant.

The cast of the 2002 original is back, as boisterous and big-haired as ever. Michael Constantine and Lainie Kazan shine as 70-somethings who learn their 50-year marriage was never sanctified. FULL REVIEW

Christopher Plummer holds us in thrall as a nursing-home resident suffering from dementia who sets off on a cross-country bus trip to kill a Nazi war criminal. FULL REVIEW