In Mia Madre, John Turturro plays an ego-driven American actor who complicates the life of his Italian movie director (Margherita Buy) as she tries to deal with the failing health of her elderly mother. Writer-director Nanni Moretti, who also plays the director’s brother, based the script on his own experience of trying to balance work and caregiving. He uses Turturro — featured here in an exclusive outtake from the film — as comic relief in an otherwise somber story.

“The brother and sister are undergoing similar emotions,” says Moretti, “but they have very different personalities. She is fiercely involved in her work as a movie director, but he quits his job to spend more time with their mother.” Smiling sadly, he adds, “The daughter is more like me: In the hospital she is thinking about work, while at work she is thinking about her mother.” 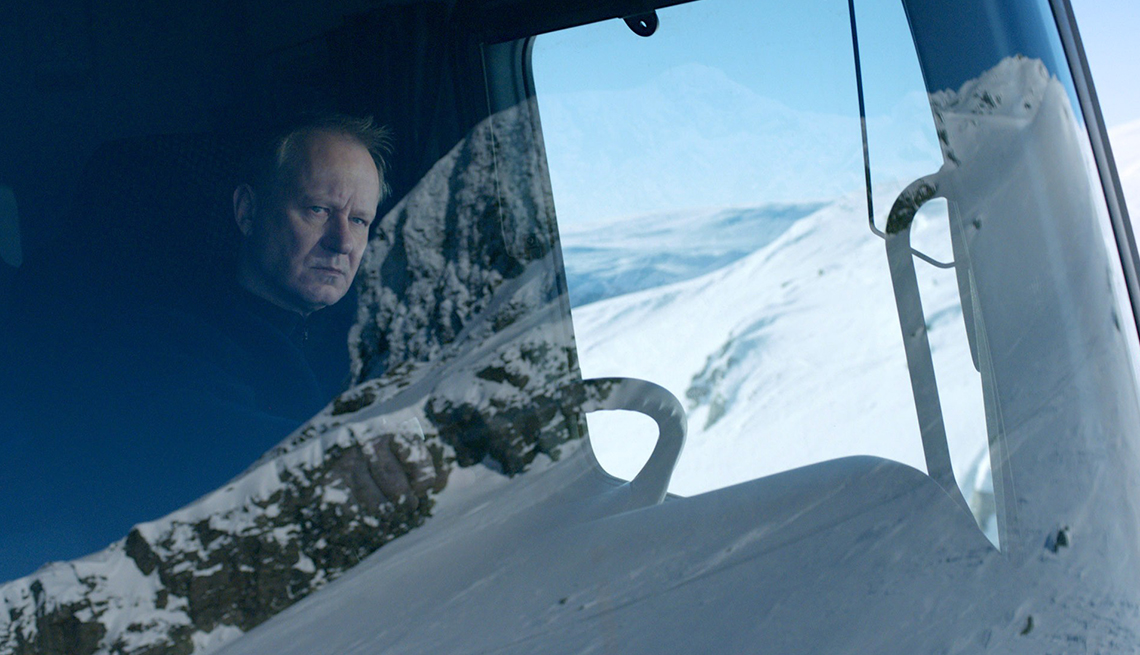 Stellan Skarsgård in 'In Order of Disappearance’

Could any film differ more from Moretti’s contemplative vision than Norwegian director Hans Petter Moland’s bloody, brutal revenge comedy, In Order of Disappearance? Stellan Skarsgård plays a model citizen/snowplow operator who methodically kills his way through a list of people responsible for the violent death of his son. This is funny? Surprisingly, yes, as Moland channels the Coen Brothers and Tarantino in equal measure.

“What makes one person laugh makes another wince,” Skarsgård tells us. “You’ve got to find that balance.” As for filming in the dead of a Norwegian winter, he adds, “Shooting in temperatures 30 to 40 below hurts. I’m not the outdoor type.” 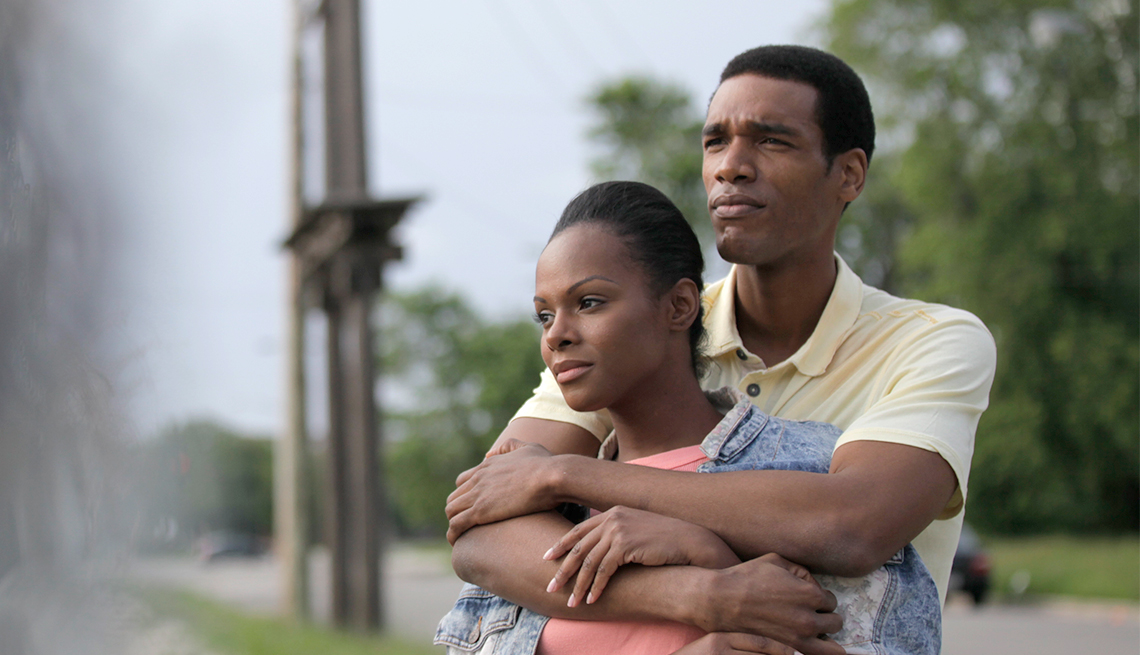 Eleanor and Franklin meets Before Sunrise in this sweet little film that re-creates the summer 1989 afternoon when a couple of kids named Barack Obama (Parker Sawyers) and Michelle Robinson (Tika Sumpter) went for a leisurely ramble across Southside Chicago. Yes, it’s about the first date of the ultimate power couple, but the film also examines that critical moment when youthful idealism feels the first stirrings of personal ambition.

Jason Statham’s grim-faced assassin thought he was retired, but as Michael Corleone once noted, “Just when I thought I was out, they pull me back in!” This time he must kill a series of unfortunate folks lest some very bad men butcher his sweetie (Jessica Alba). Tommy Lee Jones goes scowl for scowl with Statham as one of his targets.

Julianne Moore is a hoot in this latter-day screwball comedy. She plays Georgette, the wife of a philanderer (Ethan Hawke) who leaves her for clueless home-wrecker Maggie (Greta Gerwig). Fast-forward three years, and Maggie wants to give the hubby back. Will Georgette accept returns?

Jennifer Saunders and Joanna Lumley return for a big-screen sequel to their long-running British sitcom, starring as a pair of hard-drinking, bad-mannered publicists on the run after apparently killing Kate Moss (it was an accident!). FULL REVIEW

No one asked for a new version of the 1959 Charlton Heston classic (itself a remake), but director Timur Bekmambetov (Night Watch) guides a capable cast, including Morgan Freeman, through the familiar narrative. He also brings breathtaking energy to the action sequences, most notably a nerve-shattering battle at sea. FULL REVIEW

Woody Allen’s latest, the story of a young New York man (Jesse Eisenberg) eager to remake himself in 1930s Los Angeles, starts out as a love letter to the Golden Age of Hollywood, then morphs into a meditation on life choices and regrets. FULL REVIEW

Meryl Streep, Hugh Grant and director Stephen Frears (Philomena) breeze through the funny and sad true story of a 1940s Manhattan socialite who bought out Carnegie Hall to give a one-woman singing recital. The hitch: She could not sing a note. FULL REVIEW

* Kubo and the Two Strings

Masterly stop-motion 3-D animation adds artful delicacy to this tale of a boy in ancient Japan searching for a mystical suit of armor worn by his late samurai father. Think origami coming to life.

The friendship of two Brooklyn teens is torn asunder by their feuding parents. Greg Kinnear is outstanding as a conflicted dad. FULL REVIEW

The 1977 Disney original starred Helen Reddy and Mickey Rooney. This remake’s got Bryce Dallas Howard and Robert Redford. Whether or not that’s an upgrade, the dragon’s definitely more impressive this time around.

Haven’t they run out of places “where no man has gone before”? Uh, no: In the 13th big-screen adaptation of the 1960s TV series, Captain Kirk (Chris Pine) and Mr. Spock (Zachary Quinto) find themselves stranded on an unknown planet.

Mean-spirited. Derivative. Sloppily slapped together. In other words, just the thing to attract millions of 14-year-old boys — who, 30 years from now, will watch it with their own kids and cry out, “What was I thinking?” FULL REVIEW

Miles Teller (Whiplash) and Jonah Hill (Moneyball) star in this action comedy, based on a true story about two stoners who scam the Pentagon into giving them a $300 million contract to arm Afghan fighters. Directed by Todd Phillips (The Hangover).