Bouncing back from some recent health issues, 90-year-old Jerry Lewis stars as a newly widowed father and grandfather who makes a shocking discovery about his late wife. This is no drive-by guest role; Lewis appears in virtually every scene of the movie, giving a fine performance that toggles between humor and pathos — a quality that marked many of his classic films. Lewis has been directed by some of Hollywood’s best, and his own book on filmmaking is a must for any fledgling director. But director Daniel Noah, making only his second film, says Lewis put him at ease from the start: “ ‘If this thing is gonna work,’ he told me, ‘we’ve gotta love each other. So I’m gonna start loving you right now!’ ” Noah even spent a few weekends with the star. “An amazing moment for me was being served lox and bagels by Jerry Lewis.”

From Norma Rae to Office Space, the movies have always celebrated working men and women. Here’s our mash-up of favorite labor-themed movies — 30 of them in a workmanlike two minutes. How many can you name before they scroll at the end? 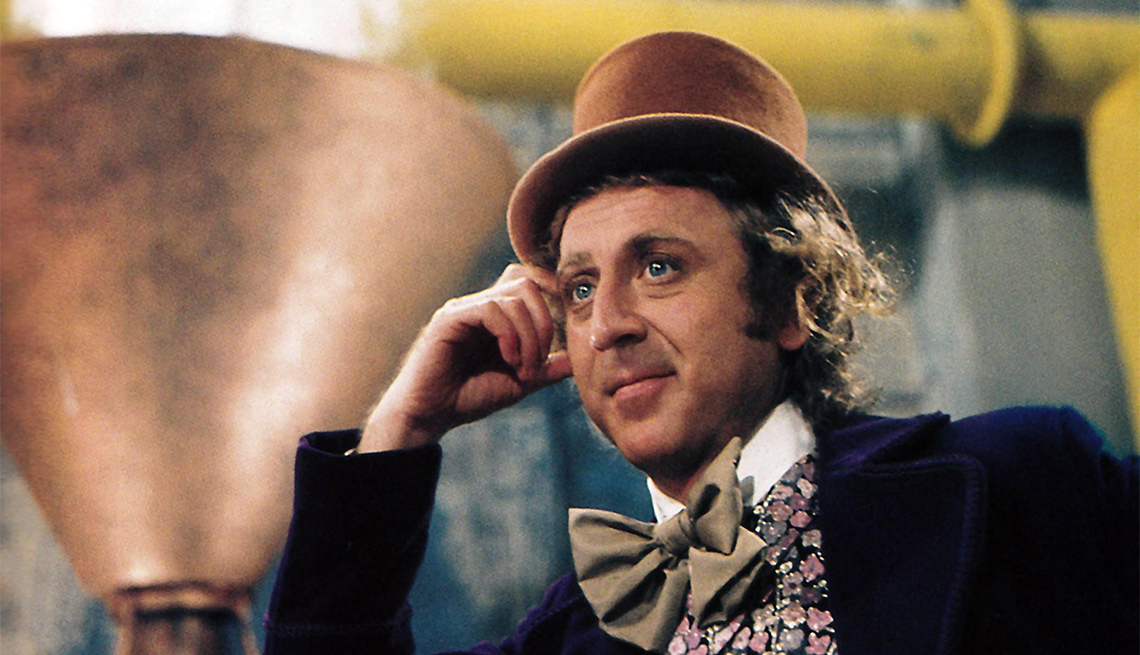 As funny as he was, as explosively manic as his characters could be, we always sensed that Gene Wilder harbored a gentle soul. When he died this week at 83 of complications from Alzheimer’s, we were reminded of these two episodes from our Movies for Grownups Radio Show, in which he delightfully recounted the day Zero Mostel kissed him on the lips … and the one demand he made before he would agree to play Willy Wonka.

* The Light Between Oceans

If you love to cry at movies, this is the hankie-sogger you’ve been waiting for: A lighthouse keeper and his wife (Michael Fassbender and Alicia Vikander), tragically childless, find a healthy baby girl floating in a rowboat and decide to keep her — even after the grieving mother (Rachel Weisz) turns up. Director Derek Cianfrance really knows how to unleash the waterworks; not since The House of Sand and Fog have we felt so good about feeling so bad.

This live-action version of the 1967 Disney cartoon is as close to Kipling’s literary classic as Angry Birds is to Audubon’s Birds of America. Still, the computer animation is jaw-dropping, and Bill Murray enjoys himself as the voice of Baloo the Bear.

Another unapologetic weepie is this story of a young woman (Game of Thrones’ Emilia Clarke) determined to make life worth living for a handsome quadriplegic (The Hunger Games’ Sam Claflin). Charles Dance and Janet McTeer are touching as the hero’s furrowed-browed parents. FULL REVIEW

Next time we need to see a shrink, can it please be Paul Giamatti? Here the masterly actor plays a sports psychologist trying to help an insecure young pitcher (Johnny Simmons) overcome anxieties rooted in his relationship with his abusive father (Ethan Hawke).

Moby Dick (1930)
Seldom seen since its release, this alternate-universe version of Melville’s classic has a character named Ahab hunting a big white whale. And there the similarities end. John Barrymore stars as the one-legged sea captain out to kill the whale for having ruined his chances of landing the girl of his dreams (Joan Bennett). Available only online through Warner Archive.

No one asked for a new version of the 1959 Charlton Heston classic (itself a remake), but director Timur Bekmambetov (Night Watch) guides a capable cast, including Morgan Freeman, through the familiar narrative. He also brings breathtaking energy to the action sequences, most notably a nerve-shattering battle at sea. FULL REVIEW

Woody Allen’s latest, the story of a young New York man (Jesse Eisenberg) eager to remake himself in 1930s Los Angeles, starts out as a love letter to the Golden Age of Hollywood, then morphs into a meditation on life choices and regrets. FULL REVIEW

Meryl Streep, Hugh Grant and director Stephen Frears (Philomena) breeze through the funny and sad true story of a 1940s Manhattan socialite who bought out Carnegie Hall to give a one-woman singing recital. The hitch: She could not sing a note.

* In Order of Disappearance

In Norwegian director Hans Petter Moland’s bloody, brutal revenge comedy, Stellan Skarsgård plays a model citizen/snowplow operator who methodically kills his way through a list of people responsible for the violent death of his son. This is funny? Surprisingly, yes, as Moland channels the Coen Brothers and Tarantino in equal measure.

* Kubo and the Two Strings

Haven’t you always wanted to watch origami come to life? Masterly stop-motion 3-D animation adds artful delicacy to this tale of a boy in ancient Japan, searching for a mystical suit of armor worn by his late samurai father.

The friendship of two Brooklyn teens is torn asunder by their feuding parents. Greg Kinnear shines as a conflicted dad. FULL REVIEW

Jason Statham’s grim-faced assassin must kill a series of unfortunate folks lest some very bad men butcher his sweetie (Jessica Alba). Tommy Lee Jones goes scowl for scowl with Statham as one of his targets.

In this haunting portrait of an Italian movie director (Margherita Buy) struggling to balance work with responsibility for her failing mother, director Nanni Moretti has created a family drama of universal relevancy. Moretti himself plays the director’s brother, who throws his own career aside to be at their mom’s bedside. For welcome comic relief, John Turturro plays an ego-driven American actor who wreaks havoc on the director’s set.

The 1977 Disney original starred Helen Reddy and Mickey Rooney. This remake’s got Bryce Dallas Howard and Robert Redford. Whether or not that’s an upgrade, the dragon’s definitely more impressive this time around.

Eleanor and Franklin meets Before Sunrise in this sweet little film that re-creates the first date of a young Barack Obama (Parker Sawyers) with Michelle Robinson (Tika Sumpter). Beneath its surface charm, the film examines that critical moment when youthful idealism feels the first stirrings of personal ambition.

Miles Teller (Whiplash) and Jonah Hill (Moneyball) star in this action comedy, based on a true story about two stoners who scam the Pentagon into giving them a $300 million contract to arm Afghan fighters. Directed by Todd Phillips (The Hangover).