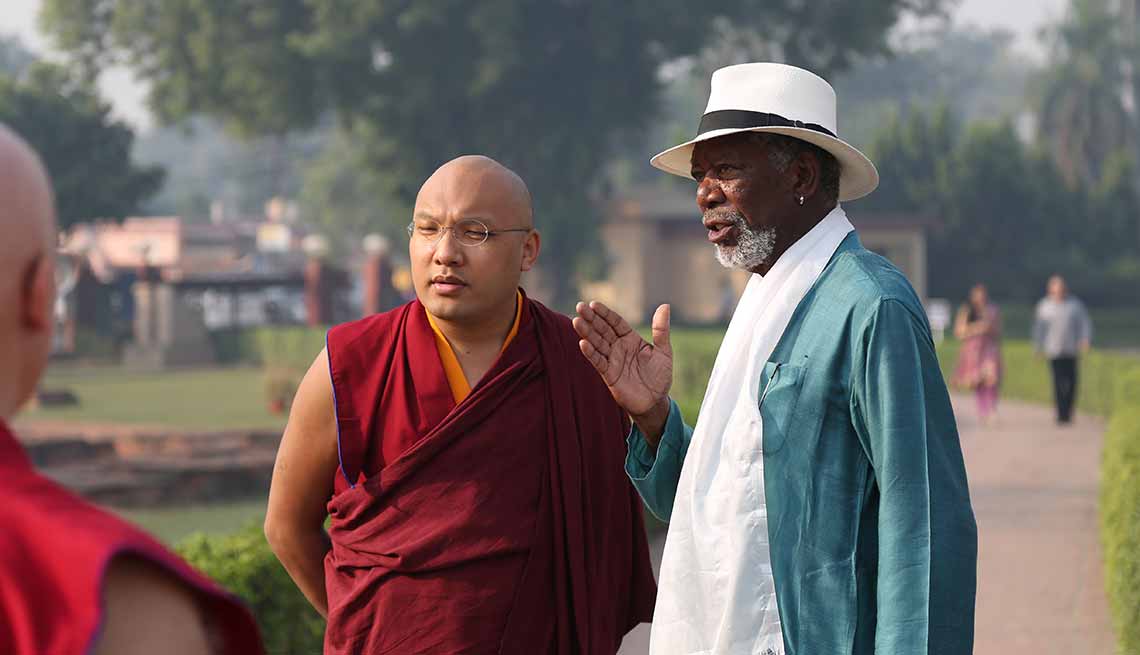 Morgan Freeman in “The Story of God”

Morgan Freeman doesn’t play the title role in the National Geographic Channel’s new six-episode series, The Story of God (beginning this Sunday), but he sure sounds like Him.

Resplendent in a cream-colored Panama hat, the velvet-voiced Freeman travels the globe from Egypt to India to Guatemala, searching for answers to cosmic questions as old as humanity.

“I’d like to say it was fun,” Freeman tells Movies for Grownups, “but that would trivialize the experience too much. I had never been to Israel or India — and I’d never climbed a pyramid in Guatemala before! And let me tell you, even though they’re both spiritual places, the Vatican in Rome and Varanasi in India are two very different places. The Vatican is pristine; Varanasi is dirt! You’ve got some grit there. Cremations on the Ganges, people bathing in there. That is dramatic.” 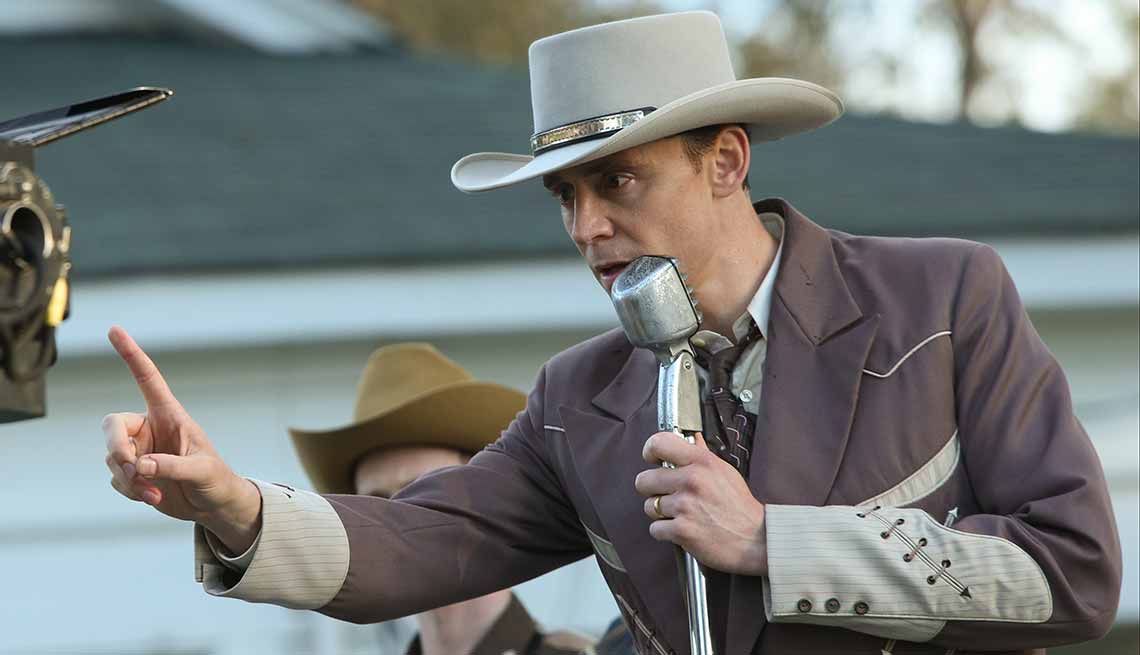 Tom Hiddleston in “I Saw the Light”

The fact is, Hiddleston tells Movies for Grownups, the British love Dixie.

EXCLUSIVE VIDEO: A fond farewell to Patty Duke, 69, an early friend of Movies for Grownups. For our radio show in 2004, the Oscar winner and former president of the Screen Actors Guild told us this sobering story of Hollywood ageism.

Miles Ahead
Producer-director-writer-star Don Cheadle does everything but run the catering truck for this heartfelt bio of Miles Davis, told through flashbacks as the drug-addled genius spends a long night tracking down a stolen session tape. It’s a jumble out there, but Cheadle is brilliant as the troubled trumpeter.

Everybody Wants Some!!
In the “spiritual sequel” to his 1993 high school comedy, Dazed and Confused, writer-director Richard Linklater (Boyhood) presents an aimless weekend in the life of some circa-1980 college students. Sadly, it turns out a lot of those kids are as insufferable as you remember them.

A veil of secrecy surrounded producer J.J. Abrams’ follow-up to his 2008 monster epic, Cloverfield. But this new one has John Goodman in the lead — and that’s good enough for us.

The first two hours are spent setting up the unique conditions under which Superman and Batman can fight on equal terms. By that time, they (and we) have forgotten what they were mad about. FULL REVIEW

Helen Mirren stars as a British commander who must decide whether to risk killing an innocent girl in a drone strike on a terrorist training camp. The performances are universally excellent — especially that of the late Alan Rickman, in his final film role. FULL REVIEW

This thrilling, inspiring, beautiful documentary about Apollo 17 commander Eugene Cernan revels in a time when the nation could agree on a common goal.

Director-cowriter Nanni Moretti’s extraordinary study of a film director trying to balance work with her caregiving responsibilities to her dying mother strikes one visceral chord after another.

Miracles From Heaven
Jennifer Garner and Queen Latifah costar in this faith-based film about a mother whose daughter not only survives a terrifying accident but finds herself miraculously cured of a “fatal” digestive disorder.

The cast of the 2002 original is back, as boisterous and big-haired as ever. Michael Constantine and Lainie Kazan shine as 70-somethings who learn that, because of a clerical error, their 50-year marriage is not legit. FULL REVIEW

The story of Olympic champion Jesse Owens is faithfully captured in this often-thrilling biopic starring Stephan James (Selma) as Owens and SNL alumnus Jason Sudeikis as his coach. FULL REVIEW

Christopher Plummer is mesmerizing as a nursing home resident suffering from dementia who sets off on a cross-country bus trip to kill a Nazi war criminal. FULL REVIEW

Tina Fey headlines as a cable news producer who gives up her cushy lifestyle to cover the war in Afghanistan. Her no-nonsense commanding officer: Billy Bob Thornton.