(Exclusive Video) Deconstruction of a Scene from Indignation: Dean Caldwell (Letts) is concerned about Marcus Messner's ability to assimilate with his classmates.

Beautiful to look at and even more glorious to listen to, Indignation marks the inspired directing debut of three-time Oscar-nominated writer-producer James Schamus. Directing his own script based on Philip Roth's novel of America during the Korean War, Schamus offers a meticulous vision that evokes a specific window in American history while meditating on those timeless moments when young love and youthful impetuousness run headlong into the barriers of grownup life.

Marcus Messner (Logan Lerman) is a strong-willed Jewish kid from New Jersey trying to find a place for himself at a decidedly WASP-ish Ohio college. He runs into not-so-veiled anti-Semitism on campus, a situation that leads him to seek a dorm room reassignment.

He also falls for a troubled girl (Sarah Gadon) whose non-Jewish status and emotional frailty dismay his mother (Linda Emond) — while the college dean (Tracy Letts) fears the emotional entanglement might prove too much for the young woman.

Marcus' most damning conflict with the dean, though, involves the school's requirement that students attend chapel each week. Marcus doesn't object on the basis of his Jewishness; in fact, he is a confirmed atheist. Worse, he's the militant type, the kind that comes with a flourish of pompous superiority.

The young man's many scenes of fumbling romance, interpersonal miscalculation and general emotional growing pains are handled with great delicacy by writer-director Schamus. His touch for capturing moments of human vulnerability seems to have rubbed off from frequent collaborator Ang Lee, who has directed no less than nine of Schamus' scripts, including The Ice Storm and Eat Drink Man Woman. Schamus stumbles only in his decision to bracket Indignation with the same unfortunate, ultimately heartbreaking narrative device Roth uses in his novel. It's a choice that serves only to distract from the film's larger themes.

As good as the rest of Indignation is, though, there is precisely one great scene in the film — one of the single best scenes in a movie so far this year. 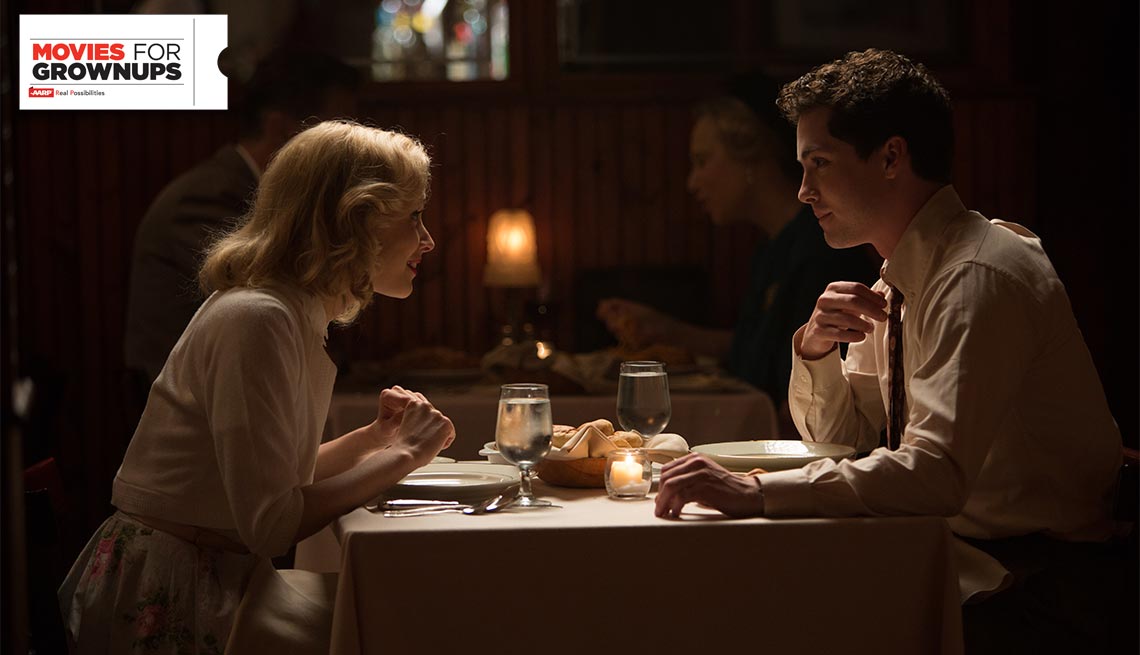 There's nothing fancy about it: Marcus has been summoned to the dean's office due to his request for a change of roommates. The two sit across a desk from each other, adversaries from the start: Why don't you get along with your roommate? Why do you need to know? Why can't you try to work out your problems? Why don't they? The conversation ascends to higher planes: Why don't you list a religion on your registration papers? Well, you should read Bertrand Russell's "Why I Am Not a Christian." Well, yeah, I have.

At every turn, the older man challenges the younger one, never discounting his positions, only insisting that he provide a rationale for each one. When Marcus finally objects to being made to feel uncomfortable, the dean's essential response — and one that would probably get him fired today — is, "Deal with it. And oh, yeah, grow up!"

This verbal volley goes on for more than 10 minutes of scintillating screen time: Just two men (and two fine actors) going at it in a virtual one-act play, the advantage shifting with each well-considered riposte. Scenes are seldom written this way anymore. More likely you'll get the lopsided one-guy-knows-it-all approach favored by the likes of Aaron Sorkin, the celebrated West Wing and Newsroom writer. (Clips of these scenes usually end up on Facebook under headings like "Martin Sheen's President Bartlet DESTROYS a Conservative in Two Minutes!")

Schamus has too much respect for his audience, and his characters, to resort to such easy shortcuts. In his first directed movie, you can actually see and hear people thinking, and his audience can't help but do the same.