En español | The chief reason for movie sequels (not including The Godfather Part 2) is to let audiences revisit characters they love. My Big Fat Greek Wedding 2 isn't a great film by a long shot, but it delivers precisely what fans of the original have been thirsting after for 14 years: 90 minutes of Greek-style family time with writer and star Nia Vardalos' brash, big-haired and infuriatingly affectionate collection of mothers, fathers, siblings and cousins.

So who cares if it's more of the same this time out? For those who made the original the highest-grossing romantic comedy of all time — take that, When Harry Met Sally — this jaunty sequel is the icing on the baklava.

In the first Greek Wedding, Vardalos played Toula as a single woman approaching middle age, desperately trying to balance her attraction to waspy schoolteacher Ian (John Corbett) with the spousal requirements set by her old-school immigrant parents. Said requirements could be boiled down to one word: "Grick" (her father's tortured pronunciation of "Greek"). 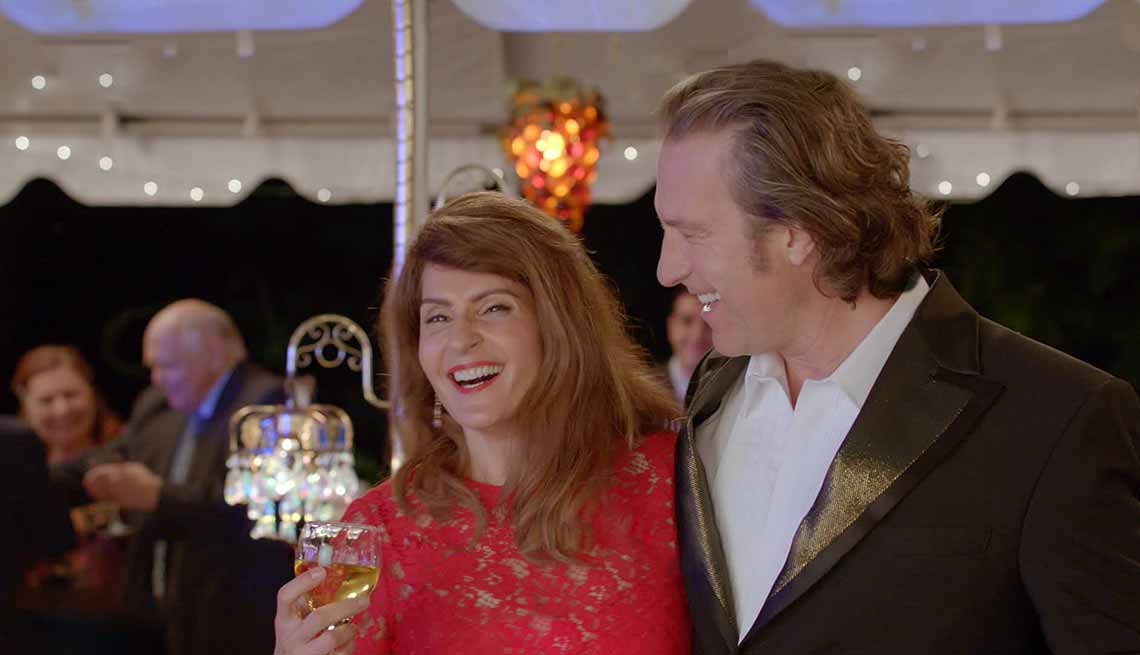 Toula and Ian got married, as we all know, and now they are the predictably befuddled parents of a high school senior named Paris (Elena Kampouris). The couple's crisis du jour is that their daughter plans to attend college in New York City — and abandon her native Chicago. The prospect horrifies Toula — who, despite her best efforts, has become nearly as possessive as her own soul-sucking parents.

But wait, there's more: As the title suggests, another big union looms — this time for Toula's parents, who have just discovered that their wedding back in Greece 50 years ago was not legit because the priest forgot to sign their certificate. For the marriage-obsessed folks in Toula's family, half a century of togetherness and a houseful of children and grandchildren do not an actual marriage make. And so the clans hurls itself into a frenzy of preparations for a wedding that would make a Kardashian blush.

Toula's mother and father were a diverting sideshow in the last go-round, but for this outing Vardalos has cast them front and center. To our delight, veteran stars Michael Constantine and Lainie Kazan grab hold of the opportunity with all four hands. Kazan's as brassy as ever, but she brings unexpected warmth to the role of Maria, a 70-something woman who toys, ever so briefly, with the notion of changing the direction of her life.

And as Toula's father, Gus, Constantine seems a cross between an aging pit bull and the Pillsbury Doughboy. He's the one character in the film who seems not to have budged an inch from the place he stood 14 years ago — and that will be just fine with fans, who may stand and cheer when Gus breaks out his trademark bottle of Windex to unfreeze a locked car door.

Vardalos and her director, Kirk Jones (Waking Ned Divine), have ultimately crafted a sweet late-life love story for the old couple. As Gus catches a glimpse of his new/old bride near the end of the movie, his stoic face melts into a sad and happy smile. In a film dominated by loud jokes and indelicate eruptions, it's a blissful moment of understated beauty.

The glorious Andrea Martin returns as Toula's world-wise Aunt Voula. The Second City Television (SCTV) alumna knows that Voula is the richest character she's ever played in a movie, and Martin attacks it with sexy panache. For this wedding, we would all happily switch place cards to guarantee the scene-stealing star gets seated at our table.

Latecomers may wonder what all the hubbub is about. If you reveled in the first Greek Wedding, however, you won't need an engraved invitation to love this worthy sequel.