The movies have long dealt with the aftermath of grief, particularly grief over a lost spouse: Who can forget poor Demi Moore alone at that potter's wheel in Ghost, or teary Ryan O'Neal mooning over Ali MacGraw in Love Story?

Davis, the not-so-bereaved investment banker at the center of the frustrating new film Demolition, has the opposite problem: He's not feeling nearly as much grief over the sudden death of his wife as he thinks he should.

As played by Jake Gyllenhaal, Davis becomes consumed by his lack of sorrow. Slowly, it becomes clear to him (and those around him) that it has been some time since he cared about anything other than kicking butt on the job.

Along comes his father-in-law (Chris Cooper) with some sage counsel about the human heart: "You have to take everything apart before you can put it back together." 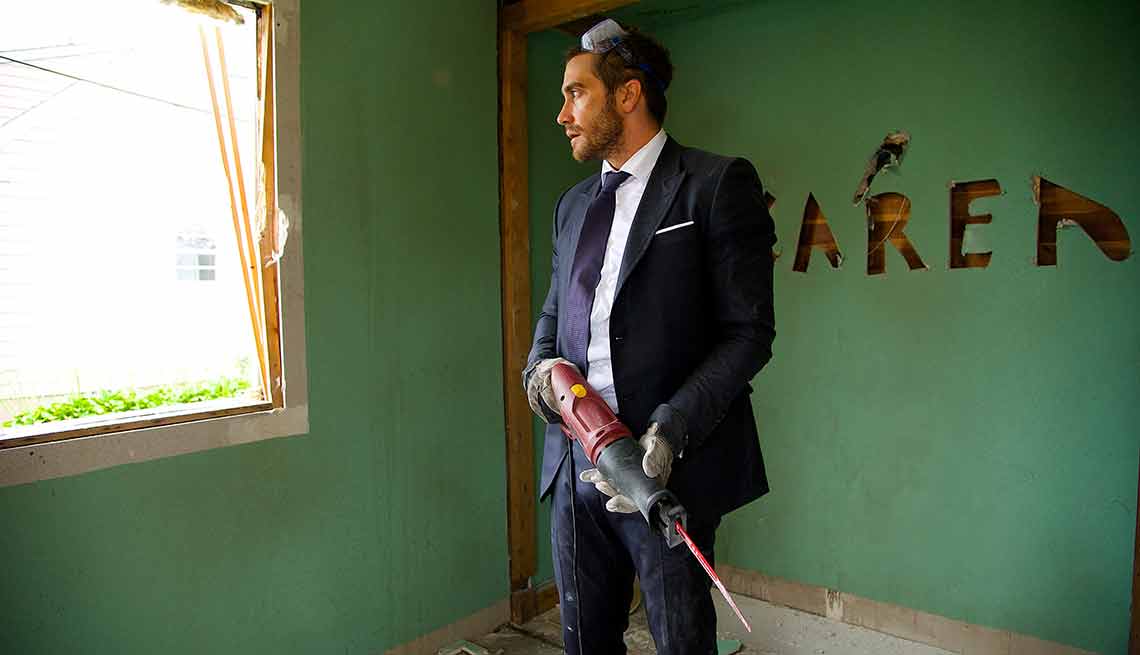 It's a nice movie sentiment — worthy of a scene or two at most, I'd say, in which Davis goes home and honors the allegory by disassembling an old VCR, perhaps. But Davis is an absolutist, so he proceeds to perform autopsies on his refrigerator, the bathroom stall at work and virtually anything else his soulful eyes happen to alight on. Indeed, in the hands of writer Bryan Sipe and director Jean-Marc Vallée (Dallas Buyers Club), Dad's homey little demolition trope becomes an obsession for Davis — and a distraction for the viewer.

As always, Gyllenhaal brings utter commitment to his character. Familiar commitment, too: With his dead-eyed stare and robotic manner, Davis seems a close relative of Louis Bloom, the sociopathic TV cameraman he played so chillingly in Nightcrawler.

Like most troubled movie men, what Davis needs is a good woman to set him on an even keel. Why, look — here she is now, in the form of a customer-service rep named Karen at a vending-machine company. Sweetly played by Naomi Watts, Karen finally responds to Davis's impassioned letter — his fourth — about the candy machine that failed to dispense any product in our hero's hour of need: The machine stood in the corridor leading to the hospital room where Davis's wife died.

Member Discounts: Save 25% or more when buying tickets in groups of four from Live Nation

Between the lines of his rambling, TMI missives, Karen perceives the hollowness of Davis's life. A single mother with a son (Judah Lewis) who is standard-issue movie-manner precocious, Karen does her darnedest to comfort and support the grieving widower.

Mostly she succeeds, but not before Davis's frenzy for dismantling things escalates to an absurd level: Enlisting Kid Precious in his maniacal scheme, he takes sledgehammers to the house he once shared with his wife, wrecking the place beyond repair.

What is meant to be a moment of cinematic catharsis comes off as an act of senseless waste. Until now, we've been in Davis's corner. After the smashup, we really just want to slap some sense into the dude.