The remaining months of 2016 promise to be good ones for moviegoers: Bryan Cranston, Judi Dench, Tom Cruise and Tom Hanks are just a few of the 50+ stars who will be seen in new films with a grownup feel.

We got extended sneak peeks at many of those upcoming releases at CinemaCon, the annual gathering of theater owners in Las Vegas. Sifting through the offerings from studios and producers, we found dozens of films we think you'll look forward to.

Jane Austen: a sure-bet laugh riot? No, but this adaptation of her comic novel, starring Kate Beckinsale, looks surprisingly jolly. 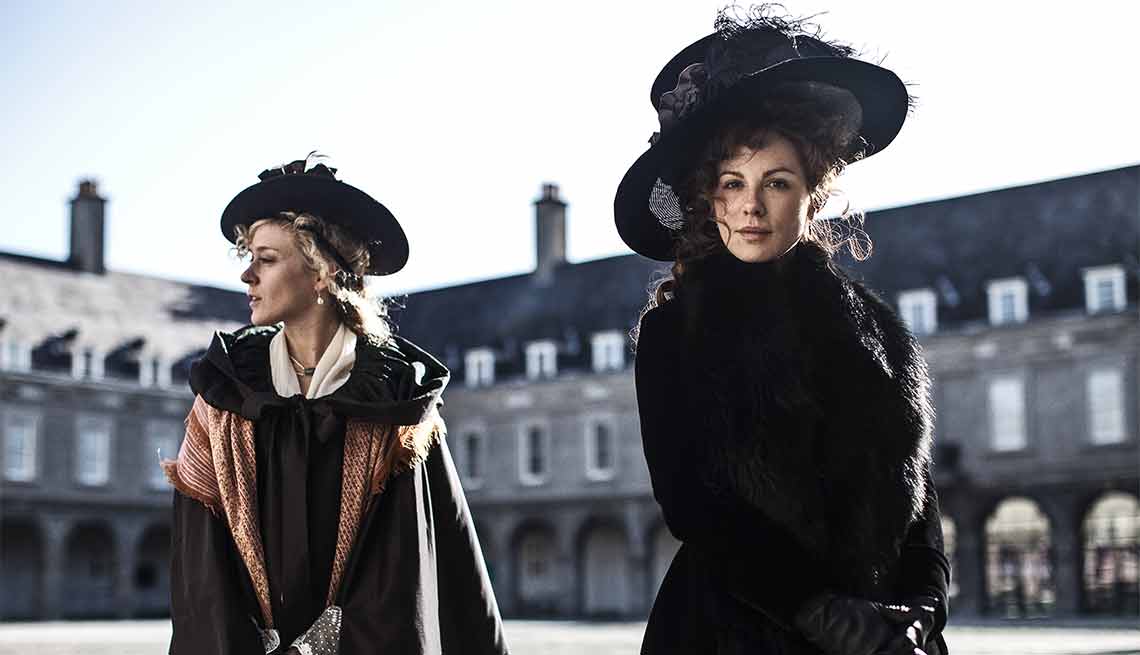 Russell Crowe is a bookie's enforcer. Ryan Gosling is a third-tier private eye. Together they battle and bumble their way through 1970s Los Angeles in this raucous comedy from the writer who created the Lethal Weapon series. Can Russell and Ryan launch a similar franchise?

Alice: Through the Looking Glass (May 27)

Johnny Depp returns as the Mad Hatter in this sequel to 2010's Alice in Wonderland. Like Lewis Carroll's books, Disney's latter-day versions of Alice seem intended for children only until you burrow into their dark recesses.

Thirteen years after Finding Nemo, Ellen DeGeneres and Albert Brooks return to voice Pixar's long-awaited follow-up. The CinemaCon audience was treated to the first 20 minutes, and there wasn't a dry eye in the house.

An all-female cast — including Melissa McCarthy and Kristen Wiig — stars in this reboot of the classic 1980s comedy. The ladies are funny, but the happiest response of the preview audience was to a cameo by original star Dan Aykroyd as a cab driver. 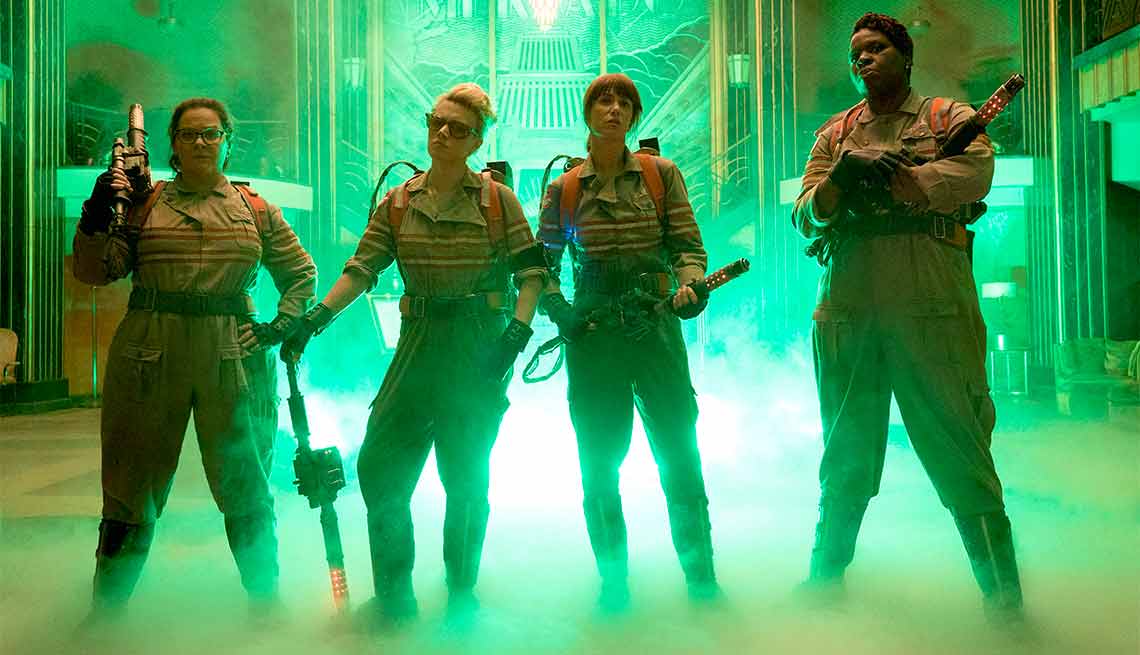 The ever-secretive Woody Allen uncharacteristically treated the CinemaCon audience to an advance clip from his newest comedy, set in 1930s Hollywood. It features Anna Camp as an insecure hooker and Jesse Eisenberg as her reluctant customer.

Though Meryl Streep's fans know can she sing well, in this fact-based story she plays a woman with a tin ear who somehow becomes a sought-after soloist.

We got an extended peek at the chariot race in this remake of the 1959 classic, and for sheer dust-choked spectacle there's no doubt it will be neck and neck with the original. Jack Huston looks like a suitable stand-in for Charlton Heston.

The oil-rig tragedy that killed 11 workers and caused the greatest man-made disaster in U.S. history is at the center of this drama starring Mark Wahlberg. The footage screened at CinemaCon featured mind-blowing scenes of fiery peril.

It's based on a novel for teens, but judging from the CinemaCon preview, master director Tim Burton may be conjuring a classic for all ages. Judi Dench, Allison Janney, Terence Stamp and Samuel L. Jackson costar in the story of a boy enlisted to live in a house populated by a bunch of kids with fantastical powers.

Devotees of the Jack Reacher novels may not have forgiven too-polished Tom Cruise for taking on the role of the rough-hewn detective they adore, but that hasn't kept the megastar from headlining his second Reacher flick. The CinemaCon clip previewed some snappy dialogue: "You're a dead man," a sinister telephone voice warns. Replies cool-as-a-cod Reacher: "One of us is, that's for sure."

Tom Hanks is back as symbologist Robert Langdon in the latest adventure based on a novel by DaVinci Code author Dan Brown. 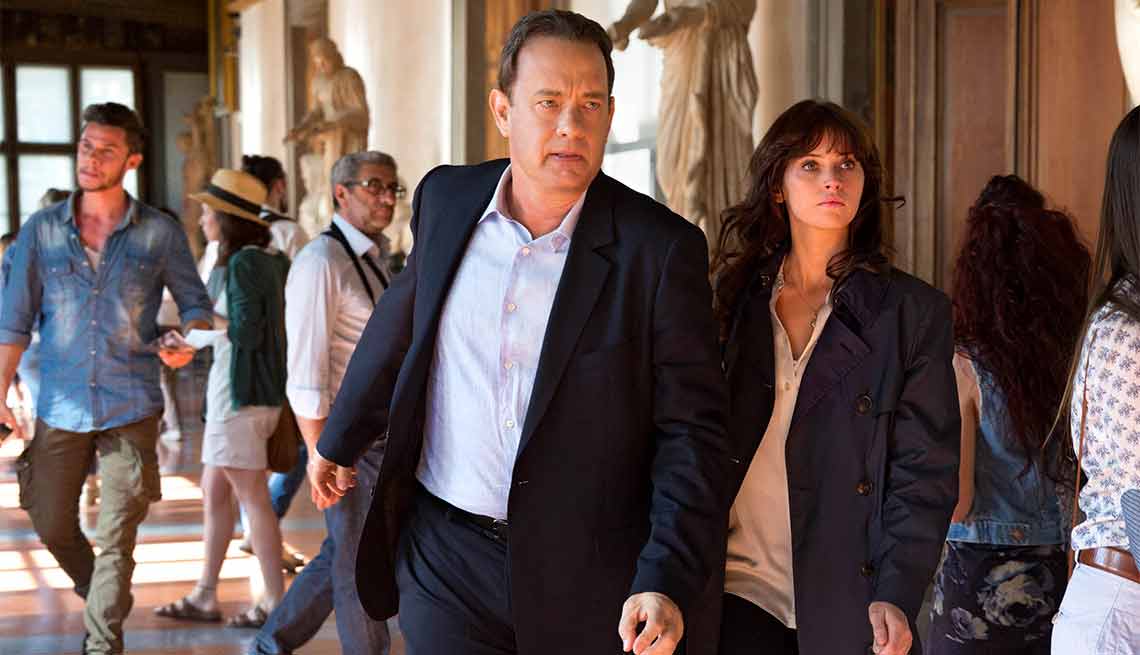 Tom Hanks and Felicity Jones in 'Inferno', based upon a novel by Dan Brown

Oscar-winning director Ang Lee's first film since Life of Pi is the story of a young soldier's stateside return from Afghanistan. The brief footage screened at CinemaCon promises a powerful story of heroism and its consequences. Steve Martin costars as a U.S. Army commander.

Fantastic Beasts and Where to Find Them (Nov. 18)

The wizarding world of J.K. Rowling comes to 1920s New York in this all-new story, the first movie script written by the author. Eddie Redmayne plays a likable fellow — reportedly expelled from Hogwarts — who sails to the Big Apple on what appears to be a mission of cataclysmic consequence. It's the first of three Beast-ly films releasing through 2020.

Manchester by the Sea (December)

One of CinemaCon's best-received clips came from this family drama about an uncle (Casey Affleck) who must take care of his teen nephew following the death of the boy's father. The painfully intimate scene shows Affleck and costar Michelle Williams as a couple dealing with the aftermath of their broken love.

Whiplash writer/director Damien Chazelle sticks with his fondness for music here. Rather than focusing on a dimly lit music-school studio, however, this time he paints a spectacular, tuneful love letter to Los Angeles. Emma Stone and Ryan Gosling star in what looks to be a throwback to the great movie musicals of the 1940s and '50s.

The Imitation Game director Morten Tyldum follows his Oscar-winning film with a spectacular space drama. On an interstellar ship on a centurylong voyage to another solar system, a pair played by Jennifer Lawrence and Chris Pratt are accidentally awakened from suspended animation about, oh, 70 years too early.

Those of us who fondly remember Oscar winner Bryan Cranston when he was TV's funniest dad on Malcolm in the Middle will rejoice at his return to broad comedy in this story of a straightlaced father whose daughter wants to marry an infuriatingly uncouth dot-com billionaire (James Franco).

The reps at 20th Century Fox didn't release much information on this comedy, other than the fact that Goldie Hawn and Amy Schumer will take the title roles. Goldie, where have you been?

Declaring that advances in movie technology have enabled him to create a world even more imaginative than the one depicted in his Oscar-winning Avatar, director James Cameron took the stage to announce he's working on a quartet of sequels.