(Video) 20th Century Women Movie Trailer: The story of three women who explore love and freedom in Southern California during the late 1970s.

A few minutes into 20th Century Women, you get the sense director Mike Mills could have told the film’s entire story by focusing his camera solely on the achingly expressive eyes of his star, Annette Bening.

As her character experiences the travails of single motherhood to an adolescent boy during the cultural upheavals of the late 1970s, those eyes dance with joy, darken in sorrow, flicker with anger, and mist over with regret—sometimes in staggeringly affecting sequence during the same, long take. I’m not sure why we keep forgetting that the four-time Oscar nominee is one of our great screen actors, but in a year of memorable female performances, this is among the very, very best.

As a chain smoking draughtswoman named Dorothea gamely trying to raise her son in a once-grand Santa Barbara house, Bening is the best thing about 20th Century Women—which is overall a rather shambling affair with the barest veil of a plot draped over a series of character studies. Lucas Jade  plays her son Jamie, wide-eyed and sensitive to just about everything going on in the house—and that’s a lot, given that mom is subsidizing the family income by renting out a room to an outspoken feminist photographer (Greta Gerwig) and apparently trading room and board for structural renovations from a handsome handyman (Billy Crudup). Also, a troubled teenager (Elle Fanning) sneaks into Jamie’s bedroom every night to sleep with him—but no funny business: they’re strictly friends (much to Jamie’s mounting frustration). 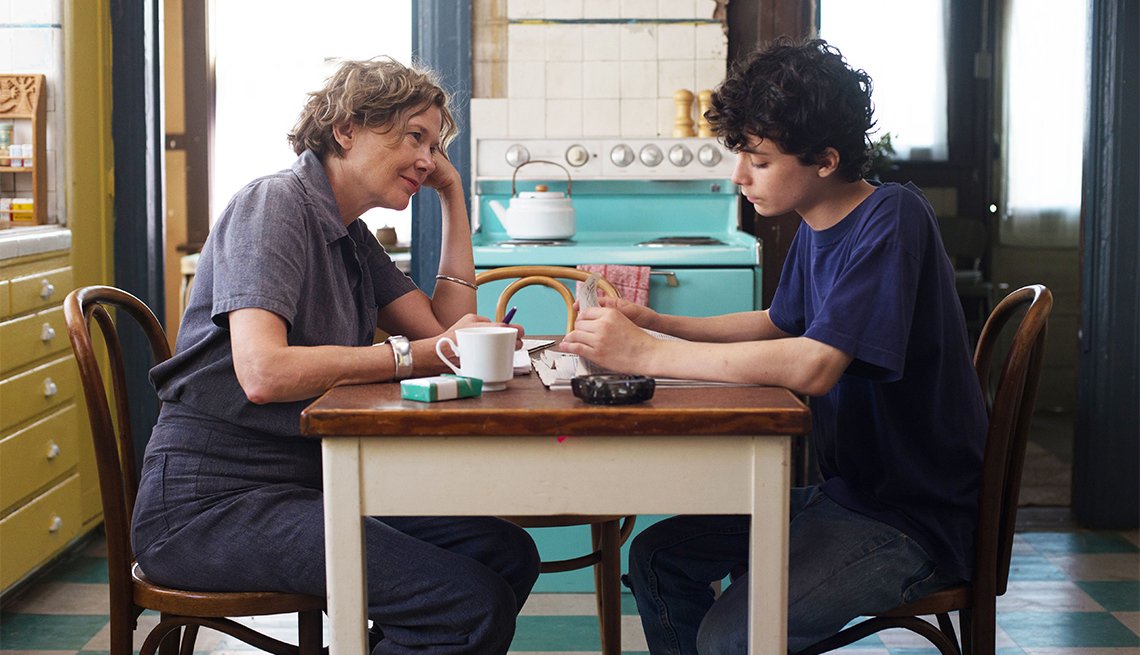 Each character is facing something of a life crisis, and all are given plenty of screen time to unpack their emotional suitcases. As mother hen, Dorothea absorbs it all—she can’t help it; she’s that kind of person—but at the expense of her own growing sense of loneliness and detachment from the outside world. Worried that Jamie is having a hard time growing up without a dad, Dorothea enlists the two younger women to help her raise him—a daunting task considering how damaged they all are.

In the end, the members of this makeshift family discover that helping each other is the best way to emerge from their own individual cocoons of-self-absorption. This rather simplistic “It takes a village to keep everyone in the village from self-destructing” moral is a theme writer/director Mike Mills raised his similarly engaging film, Beginners. That movie earned an Oscar for Christopher Plummer. This time around, the Academy could do a lot worse than similarly honoring Annette Bening.