This return trip to India's most famous fictional hotel is enjoyable, and it's nice to catch up with the engaging folks we met there the first time around (in 2011's Best Exotic Marigold Hotel). Typical of any second visit to a foreign clime, however, our familiarity with the place mutes the original sense of excitement and discovery.

The Second Best Exotic Marigold Hotel (best sequel title ever?) picks up less than a year after the first installment ended. The relentless renovations that once plagued the establishment seem just about finished. 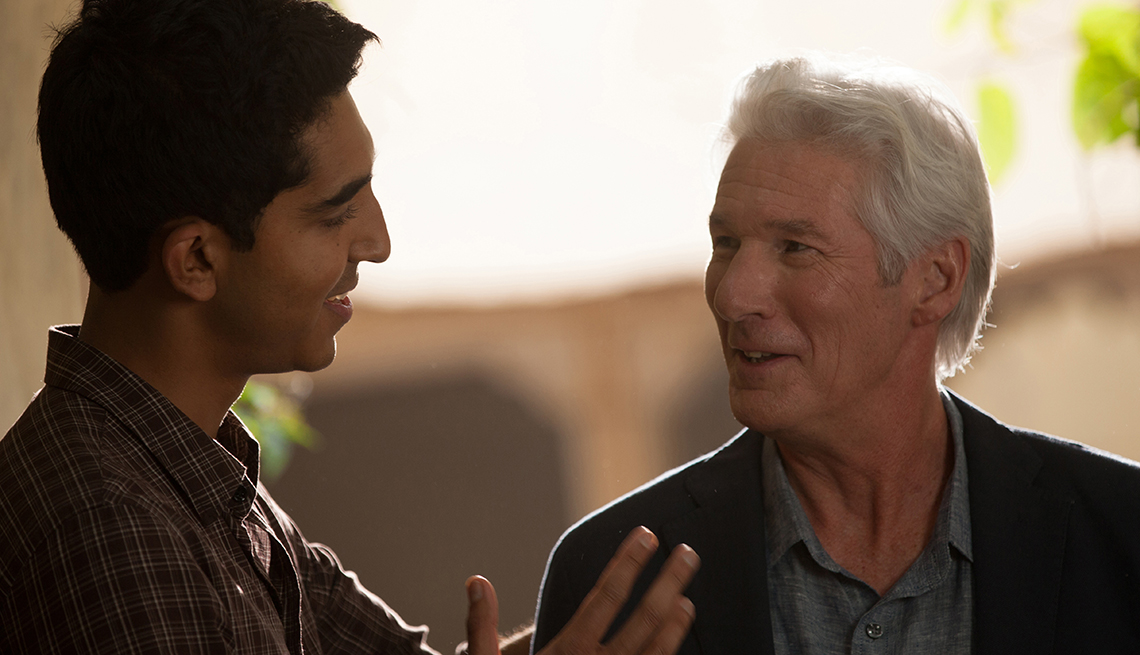 Richard Gere is checking into The Second Best Exotic Marigold Hotel - should you?

Widowed Evelyn (Judi Dench) is pursuing her improbable dream of becoming a career woman after a lifetime of housewifeliness, while Muriel (Maggie Smith) has used her business acumen to put the hotel's finances in order. Mate-hungry Madge (Celia Imrie) has two wealthy Indian men on the hook. Norman and Carol (Ronald Pickup and Diana Hardcastle) still share a hotel room. And Douglas and Evelyn (Bill Nighy and Dench), whose relationship seemed about to bloom at the end of the first Marigold, continue edging closer to telling each other how they feel, only to clam up at the last moment.

All those characters, played by an impeccable cast, remain as endearing as ever. But they're still playing out the conflicts that nettled them in the first film — a disappointment, because we left the theater at the end of that movie convinced that every loose end had been neatly tied up. We got our happy ending — not only the one we wanted, but one we felt these characters deserved. Now, four years later (but only eight months in the film), we discover that matters have reverted to a point just before the third act of the original film.

Director John Madden and screenwriter Ol Parker, likewise back for a second stay, try to mix things up a bit by injecting Richard Gere (as Guy) into the proceedings. It's an inspired move: The moment Gere walks through the hotel's archway, silver hair billowing and narrow eyes twinkling, the women — both on screen and in the theater seats — sigh audibly. The hotel's impulsive (and increasingly annoying) owner, Sonny (Dev Patel), is convinced that in Gere he has an undercover hotel inspector on his hands. Sonny scrapes and bows to a degree that alienates every other guest, but the last time this sort of cringeworthy story line worked was when John Cleese did it on Fawlty Towers decades ago.

For all the older characters' enduring appeal, Patel's shtick as the manic young owner of the establishment has worn thinner than the lobby rugs in a fleabag motel. His morning roll call to ensure no guests have died during the night, his habit of using 100 words when three would do, his shabby treatment of his strong-willed but well-meaning mother (the radiant Lillete Dubey) — all these make us yearn for buyout mogul Carl Icahn to purchase the place and tell Sonny, "Namaste, suckah!" At the end, when Gere's character marvels at how the residents treasure Sonny despite his shortcomings, we want to hurl half-sucked Jujubes at the screen and shout, "What movie were you watching?!?"

More so than in the first installment, India in general — and the city of Jaipur in particular — fills the screen with color and kinetics. In the months since the first story ended, the characters have come to know their adopted country and are dining in restaurants, patronizing local repair shops and wandering the city's teeming streets. Capturing ordinary people and extraordinary sights — a pair of painted elephants roam a quiet boulevard after dark — cinematographer Ben Smithard has dynamically improved the original's often-pedestrian photography. In his hands, India becomes a place to be explored, not examined.

If only the script were similarly inspired! But even the sequel's warmed-over plot cannot keep its stalwart cast from making you want to check back in to the Exotic Marigold Hotel.