Fox Searchlight, the studio that brought us last year's award-winning 12 Years a Slave, bookends that release with this based-on-a-true-story film about the illegitimate daughter of a slave who winds up being raised by aristocrats in Georgian England. For those who found 12 Years too brutal and too dark, Belle offers a stark contrast: Yes, it's an examination of race and rights, but it's also a Jane Austen-like costume drama, rich in romance, history and sumptuous imagery. 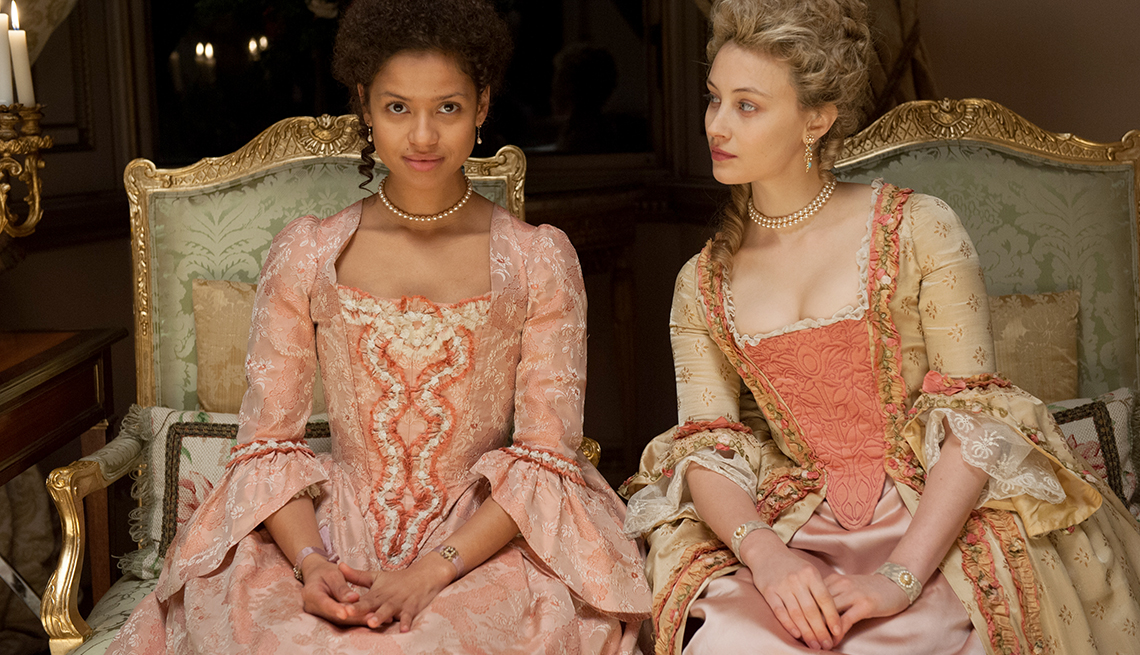 Director Amma Asante (2004's A Way of Life) and writer Misan Sagay (Their Eyes Were Watching God) dramatize the life of the biracial Dido Elizabeth Belle, born in 1761 and raised in the English home of one Lord Mansfield. (Belle is played by the mesmerizing Gugu Mbatha-Raw, soon to attract the sort of fawning attention currently being heaped on Lupita Nyongo.) We meet Belle at age 6, after her mother has died and her father, a Royal Navy captain named Sir John Lindsay (Matthew Goode), shows up to claim her as his child.

Captain Lindsay takes the young girl to the Hampstead home of his aunt and uncle, Lady and Lord Mansfield (Emily Watson and Tom Wilkinson, both wonderful), and begs them to raise her proudly as his heir. Already a member of the household is Captain Lindsay's young niece, Elizabeth Murray (the luminous Sarah Gadon of A Dangerous Method).

Lord Mansfield, who is also the chief justice of England's highest court, agrees to the arrangement, which turns out to be separate but (un)equal: Though Belle and Elizabeth forge a deep sisterly bond, the former is not permitted to dine with the family when guests are present.

The situation gets further tangled when Captain Lindsay is killed in the line of duty and Belle inherits his fortune.

By then Belle and Elizabeth are of marriageable age, and Elizabeth — lacking means of her own — must find a suitor of equal or better standing, Enter Lady Ashford (Miranda Richardson of Sleepy Hollow), whose role is to prove the film's point that Britain's upper crust of the time prized skin color even above wealth: She openly encourages her favorite son to pursue Elizabeth over Belle.

Meanwhile, Lord Mansfield is about to issue a ruling in the important Zong trial, brought by insurers who have made a claim against a slave ship for dumping infirm African slaves. Belle, keenly interested in a legal matter that could lead to the abolition of slavery in Britain, finds companionship in the local vicar's son, John Davinier (Sam Reid, reeking sex appeal), a civil-rights activist and aspiring attorney. Their romance brings the story full circle.

Belle succeeds by offering a little of everything for everyone. As authentic and moving a slave drama as 12 Years, it's also beautifully shot — and, for those Downton Abbey addicts who just can't get enough of Albion, rich in period detail. The slice of history examined here is nuanced, and the tension between Reid and Mbatha-Raw brings the love story to a satisfying sizzle.