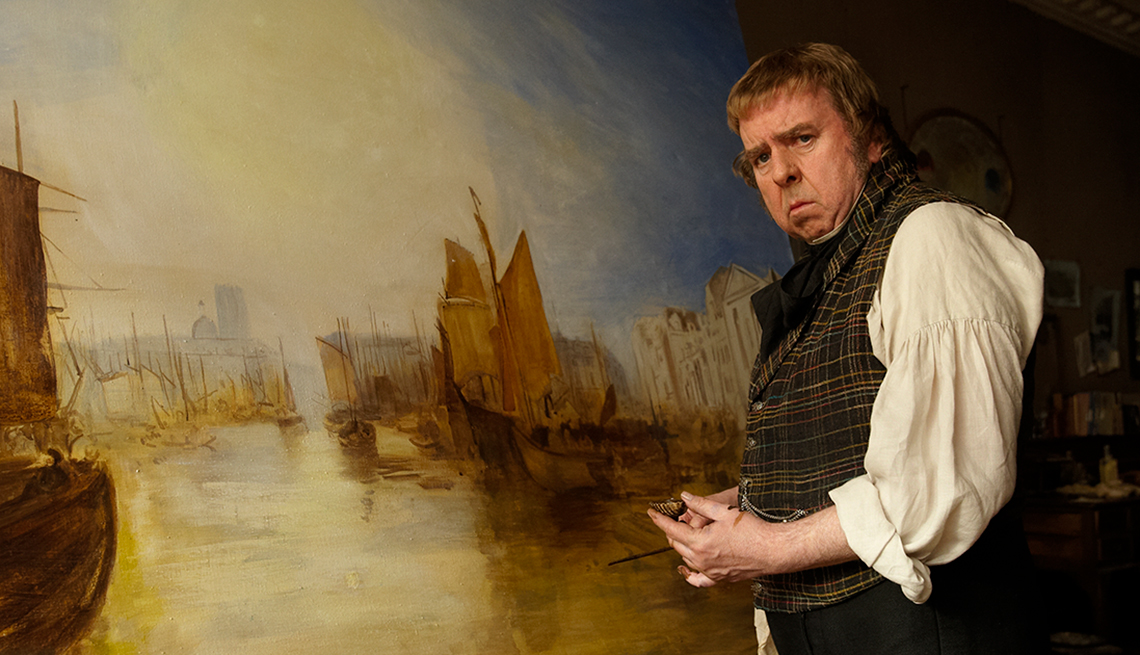 In "Mr. Turner," Timothy Spall fiendishly embodies the carnality the artist was known for.

Some movies limit their audience by their very nature. Mr. Turner is one of them, not just because of its subject matter — the prolific, eccentric English landscape painter J.M.W. Turner (1775–1851) — but also because of its long, drawn-out, dialogue-sparse approach. If you love early 19th-century art, you'll enjoy every minute of this exhaustive character study. For the rest of us, the film may feel a bit like watching paint dry.

I don't mean to suggest that Oscar-nominated writer-director Mike Leigh (Another Year, Secrets & Lies, Happy-Go-Lucky) has failed in his mission here. His casting of Timothy Spall (Wormtail/Peter Pettigrew from Harry Potter) is brilliant. Given so few words to work with, Spall fiendishly embodies the carnality Turner was known for, grunting to express everything from sexual pleasure to cruel condescension. Spall, a large man who gained a good deal of weight for the role, is particularly impressive in a scene where he straps himself to a ship's mast during a gale to find the inspiration to paint his famous Snow Storm — Steam-boat off a Harbour's Mouth.

The secondary characters — notably the women in Turner's life — are likewise well cast. Dorothy Atkinson (All or Nothing, Topsy-Turvy) does a marvelous job playing Hannah Danby, the faithful, adoring housekeeper whom Turner exploits, both emotionally and sexually. And Marion Bailey (Vera Drake) is fabulous as ebullient widow Sophia Booth, Turner's final mistress.

Leigh and his go-to cinematographer, Dick Pope, re-create Turner's artistry counterintuitively: Rather than focusing on the painter's well-known canvases, they shoot in wide screen the light, the sky and the landscapes of London and the English seaside that were captured so magically by his brush. Regrettably, some of the biographical details that Leigh insists on dramatizing — Turner's comings and goings, his critical rise and fall, his interactions with members of the aristocracy — feel tedious.

Yet Mr. Turner successfully conveys the often-tortured inner struggle endured by so many great artists, all set against a gorgeous cinematic backdrop. Different, even special, the film will deeply satisfy those intrigued by the intricacies of the creative process.