If The Drop were not James Gandolfini's final film, we could appreciate it for what it is: a skillfully crafted, no-nonsense tale of small-time crooks scuffling along the puddled streets of Brooklyn.

For Gandolfini, it would have been a worthy midlife entry in a steadily accelerating career. True, the role marked a step or two backward — a reprise of the lovable-but-untrustworthy hoodlum persona he'd been nurturing for a couple of decades. But we could have hoped it was merely a way station on his journey to expanding his acting horizons, as he did so remarkably — and unexpectedly — in last year's romantic comedy Enough Said. 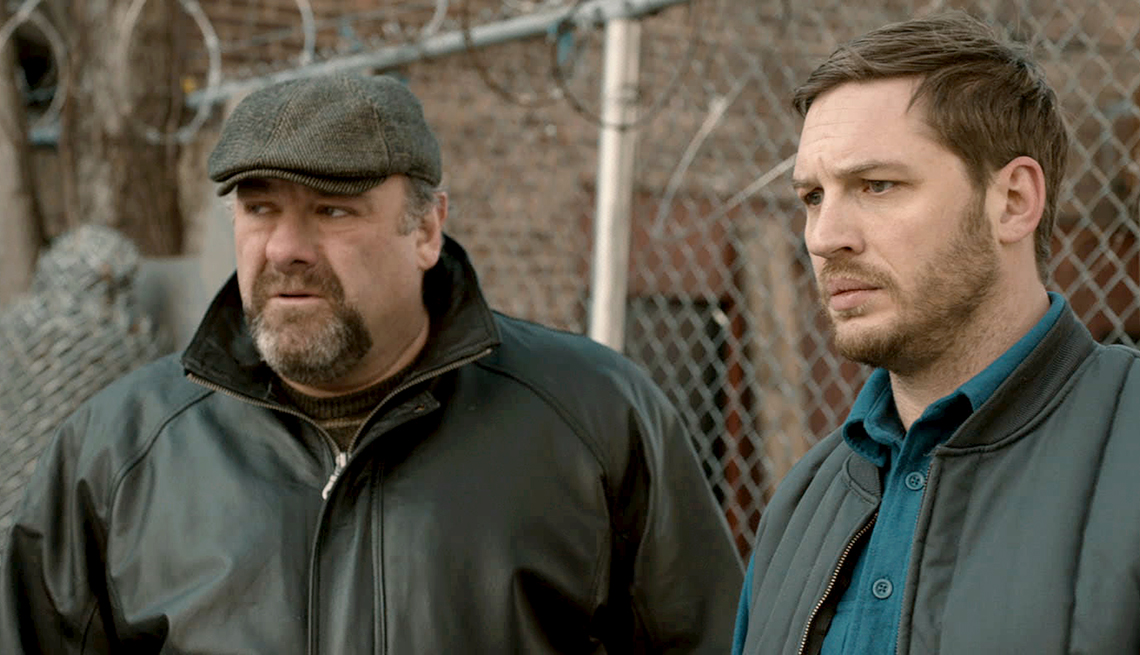 Sadly, the actor died suddenly, at age 51, shortly after finishing The Drop, so for Gandolfini fans this film marks the end of the line. That leaves us hanging on his every exquisitely timed pause, and sensing the sheer weight of his personality every time he enters a room.

Gandolfini plays Cousin Marv, the owner of Cousin Marv's Bar, an establishment that happens to be one of New York's "drop bars." At these notorious venues the Mob accumulates its daily take (think shady guys bearing cash-filled envelopes) for collection in the middle of the night. To make detection by the authorities virtually impossible, each night's drop bar is chosen more or less at random.

No one worries about a drop bar being robbed on its big night, because only a birdbrain would try to jack up the Mob, right? Right?

This being a movie, we must wait only a few minutes before someone hatches just such a plan. The heist will target Cousin Marv's the night after the bookmakers' Christmas, known to you and me as the Super Bowl.

Caught in the middle is bartender Bob Saginowski, a good-natured but subtly imposing fellow played by Tom Hardy (who gave a towering performance in the recent one-man Locke). Bob would rather tend bar, woo a nice local girl (Noomi Rapace) and spoil his new pit-bull puppy than deal with the criminal element that wafts through his neighborhood like the smell of stale urine that pervades its back alleys. But Cousin Marv — who's actually his cousin — is in it up to his neck, and for Bob that means there will be no ignoring it.

The twists and detours taken by The Drop introduce us to a troupe of intriguing characters, among them a pesky police detective (real-life Brooklynite John Ortiz), a psychopathic dog-beater (Matthias Schoenaerts, fashioning a surprisingly human portrait from a thankless role) and Marv's sister, Dottie, who lives in the same house and frets over him (the always-wonderful Ann Dowd, who deserves to be more widely seen).

But in the end this is Gandolfini's movie. Though his exit here is the kind of thing we've grown to expect, we can't help being struck by the finality of it all when it inevitably arrives.

As for me, I prefer to remember the James Gandolfini of a year ago, in that bewitching final scene of Enough Said: There he sits happily on Julia Louis-Dreyfus' front porch, his face aglow with that big, warm grin that we saw too little and will never see again.