Romantic, delirious love is largely the stuff of youth, right? Not necessarily — especially when it's presented in such a way that grownup audiences can remember and immediately relate to it.

That's what happens in The Disappearance of Eleanor Rigby: Them, and it explains why we weep when the marriage at the heart of Ned Benson's new film collapses, the victim of one of life's unavoidable tragedies. 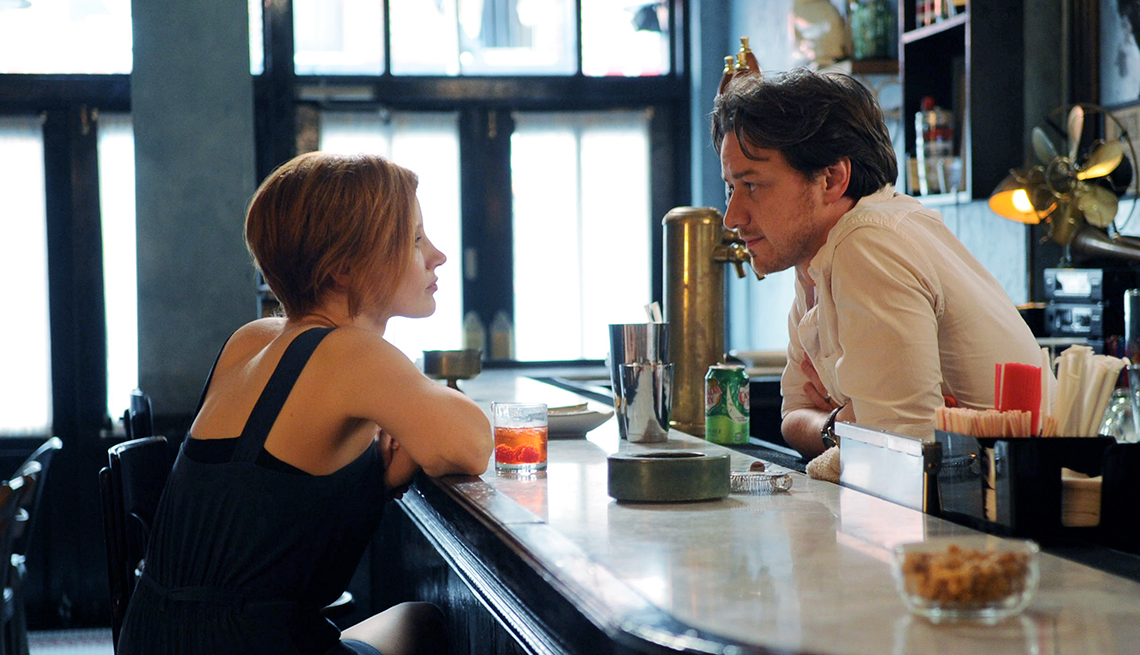 Jessica Chastain and James McAvoy star in "The Disappearance of Eleanor Rigby," a love story missing the happy ever after.

Intriguingly, fledgling writer-director Benson originally shot Rigby as two films — one subtitled Her, the other Him. In each he recounted the same series of events, but from a different perspective.

The wife, Eleanor, is played by the supremely talented Jessica Chastain, whose delicate depiction of an emotionally shattered woman will take your breath away. The husband, Conor, is brought to life by James McAvoy. Though given less to work with than Chastain, McAvoy conveys a convincing male fragility.

When the Weinstein Co. selected Benson's twin movies for distribution at last year's Toronto Film Festival, it encouraged the director to weave them into a single film. (Foes of artistic abridgement, take heart: Both the Her and Him versions will be in theaters in early October.) Though the blended version (titled, logically, Them) focuses more on the emotional journey of Eleanor — so devastated by events that she tries to kill herself — Benson does a very good job of illustrating the ripple effects her grief has both on the couple's relationship and on others.

Among the secondary characters most affected are Eleanor's parents, played by Isabelle Huppert of The Piano Teacher (unaccountably drinking wine in every scene) and William Hurt, portraying the frustration of a father struggling to heal his broken daughter. Conor's father, a famous Manhattan restaurateur played by Ciarán Hinds (Tinker Tailor Soldier Spy), is the unfortunate archetype of the super-successful American dad; only at the last possible moment does he finally show up for his son. And a college professor (the always strong Viola Davis) whom Eleanor befriends when she returns to school to distract herself from her pain finds a way to offer empathy that goes beyond words.

Benson is at his best when he lets the story of his main characters unspool in dialogue-sparse scenes: Eleanor and Conor gleefully bolt from a swanky restaurant when Conor admits he can't pay the tab and end up straddling one another, all arms and hands and lips, on the grass of a nearby park. And when the unmoored Eleanor returns to the apartment she shared with Conor and finds him asleep on the couch, we know it will be the last time they (wordlessly, tearfully) make love.

Cinematographer Chris Blauvelt has an eye for beauty in the face of loss, which is really what The Disappearance of Eleanor Rigby: Them is all about, and what makes it such an utterly compelling film. Who wouldn't relive their one great love, even if it had ended badly?