Great movies can immerse us in a time and place so totally that, when the lights come up and we walk outside, we're a bit startled to realize we're back where we were a couple of hours earlier.

That's the triumph of Inside Llewyn Davis, from the writing-directing team of Joel and Ethan Coen (O Brother, Where Art Thou?, The Big Lebowski). It's an exquisite little masterpiece that captures the 1960s Greenwich Village folk music scene at the moment before Bob Dylan and Peter, Paul and Mary revolutionized folk with the infusion of rock.

Oscar Isaac stars as Llewyn Davis, a down-on-his-luck-and-proud-of-it folkie playing gigs for free and slumming in friends' apartments. His life isn't just on a bubble; it's on that shapeless, slippery whirl of oil that clings precariously to the side of a bubble. 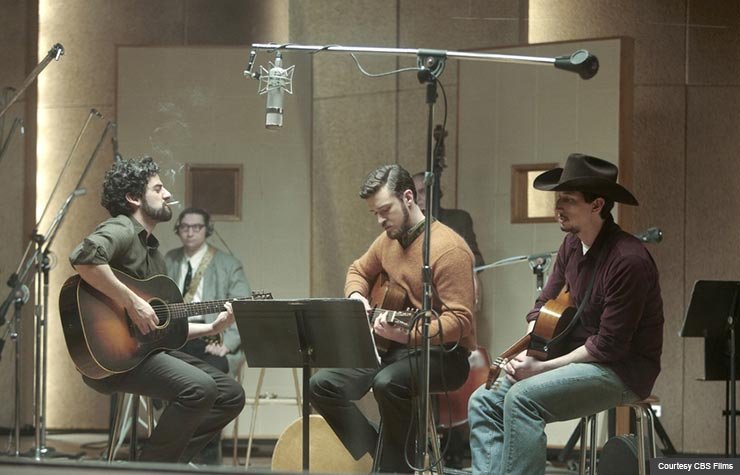 Day after day, Llewyn faces each new crisis with the same hangdog resignation: "I don't see much money in this," a dour club owner (F. Murray Abraham) tells him ... "I'm pregnant," says his best friend's girl (Carey Mulligan) — clearly implying the baby might be Llewyn's.

Yet Isaac and the Coens refuse to give up on Llewyn. His vulnerability and harmless nature make him maddeningly endearing. He's the lovable sibling we wish would get his act together, but with whom we just can't be angry.

Brooding and dark-eyed, Llewyn is Virgil to our Dante as we trudge through the Purgatory of the early '60s Village scene. The streets are crowded with aspiring singers; the clubs are smoke-choked dens echoing with halfhearted applause. The narrow tenement hallways are strictly one-way affairs, and a fire escape is as appropriate a way to enter an apartment as the front stairs are. We are here in the winter, and streetside conversations seem to die in clouds of crystallized breath.

And always, hanging in the air, is a sense of tentativeness. The '50s are over; the '60s are still trying to figure out exactly what they'll be about. As we watch these characters fumble in the dark, only one seems confident about the future: a cheerful, fresh-faced Army recruit (Stark Sands) on leave from Fort Dix. As he heads back to post, only we know what the next few years hold for him and tens of thousands of other young men — and suddenly the directionless lives of those he leaves behind don't seem all that bad, really.

Serious stuff, but Inside Llewyn Davis may be the Coens' funniest movie since Raising Arizona.

Isaac, one of our most gifted young screen actors, has perfect comic timing, and he's a fine musician (indeed, so many songs in Inside Llewyn Davis get full-length play that you might consider it a musical).

Plus, for the first time in too long, the Coens are reunited with the great John Goodman, this time as a strung-out blues musician named Roland Turner. We get to hang with Turner only for a short while, around the film's midpoint when Llewyn bums a ride with him to Chicago for an ill-fated audition. But Goodman, as always, makes himself the most memorable thing in the movie, his voice rolling like the Mississippi, his grand presence commanding the screen. (See the box below for more about the actor.)

John Goodman is reason enough to see Inside Llewyn Davis, but the brothers Coen and the rest of their cast reward us with unexpected riches from a place now long gone, faded like a minor chord on a battered guitar. 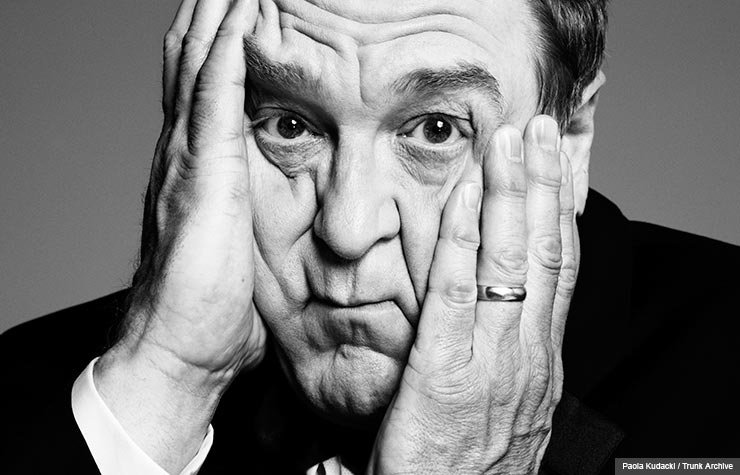 About seeing himself on the silver screen, John Goodman says, "My face is too big."

As a member of Joel and Ethan Coen's stable of favorite actors, John Goodman has racked up five memorable appearances in the brothers' films:

In the past two years Goodman has logged credits in 13 films and three TV series. Maybe it's the busy schedule — or perhaps the knee-replacement surgery he has slated for early 2014 — but the 61-year-old actor is thinking about slowing down a bit. "At this time of life," he sighs, "it's time to find a hobby."

Goodman's portfolio of broad-gestured, full-voiced characters might outbellow a frat party, but offscreen the man is a confirmed introvert, almost painfully so. He almost never sits in an audience watching one of his films. "I don't feel comfortable sitting in a theater with real people," he says. Also, up there on the screen, "my face is too big."

So how does a guy who prefers solitude become a movie star? Simple: In a perverse way, Goodman's talent betrayed him. "When I first got into this in 1975," he says, "I didn't expect to achieve any level of notoriety. I just wanted to make a living." — BN