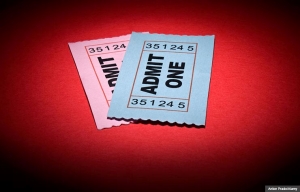 On any given weekend, movie-loving grownups may have trouble finding a single film they know they'll really like. But at the first Los Angeles Movies for Grownups Film Festival Nov. 14-17, there will be no way to avoid the best grownup movies of 2013 all in one place.

As AARP The Magazine prepares to select the winners of its 13th annual Movies for Grownups Awards, AARP is sponsoring four days of screenings at Regal Cinemas L.A. Live, featuring nine front-runners for this year's honors.

"It's clear that Hollywood is paying attention to the tastes of the 50-plus moviegoer, as films for grownup audiences dominate the box office this year," says AARP editorial director Myrna Blyth. "Now, AARP is bringing our film festival to Los Angeles in an effort to continue to spotlight this important demographic and celebrate Hollywood's renewed commitment to mature audiences."

Besides screenings of such already-acclaimed films as 12 Years a Slave and Nebraska, the festival will feature advance screenings of eagerly awaited late-year entries, including Saving Mr. Banks, The Secret Life of Walter Mitty and August: Osage County — all opening in December.

Each screening will be followed by live question-and-answer sessions with stars such as Chiwetel Ejiofor, who is getting rave reviews for his powerful performance in 12 Years a Slave; Bruce Dern, who headlines Nebraska; and Ben Stiller, who directed and stars in The Secret Life of Walter Mitty. Top filmmakers will also be on hand, such as Nebraska's Alexander Payne, already a two-time Movies for Grownups award winner (for 2003's About Schmidt and 2011's The Descendants), and Steve Coogan, who wrote and costars in Judi Dench's latest film, Philomena.

Below are the featured movies, along with the celebrities who will be present to take questions from both moderators and members of the audience (subject to change):

7 p.m. — Philomena: Judi Dench gives the performance of a lifetime as a woman who hires an investigative reporter (Steve Coogan) to help track down the son she gave up for adoption when she was a teenager. Q&A: Steve Coogan (costar, screenwriter), Philomena Lee (the woman whose real-life story inspired the film)

7 p.m. — Nebraska: Critics are raving about Bruce Dern's performance as a booze-addled fellow who's convinced he's won a million dollars in a sweepstakes. Will Forte (Saturday Night Live) costars as his skeptical son, who grudgingly agrees to drive Dad from Wyoming to Nebraska to claim his prize. Directed by Alexander Payne (The Descendants, About Schmidt). Q&A: Bruce Dern, Will Forte (stars)

2:30 p.m. — Enough Said: Julia Louis-Dreyfus and James Gandolfini (in one of his last roles) star in a big-hearted love story for grownups. She's a divorced woman who discovers that the man she's falling for (Gandolfini) is the ex-husband of her new friend (Catherine Keener). Q&A: Nicole Holofcener (writer/director); Julia Louis-Dreyfus (star)

5 p.m. — Labor Day: Based on Joyce Maynard's novel, it's the story of an escaped prison inmate (Josh Brolin) who hides out with a depressed woman (Kate Winslet) and her 13-year-old son (Dylan Minnette). Q&A: Jason Reitman (director), Joyce Maynard (author)

8 p.m. — 20 Feet From Stardom: This music-filled, crowd-pleasing documentary profiles the dynamic singers who serve as backup peformers for such stars as Sheryl Crow, Ray Charles, David Bowie and Bette Midler. Q&A and live performance: Merry Clayton and the Waters Family

Highlights of the festival — plus exclusive one-on-one interviews with the stars and filmmakers — will be shown on the AARP Movies for Grownups YouTube channel.