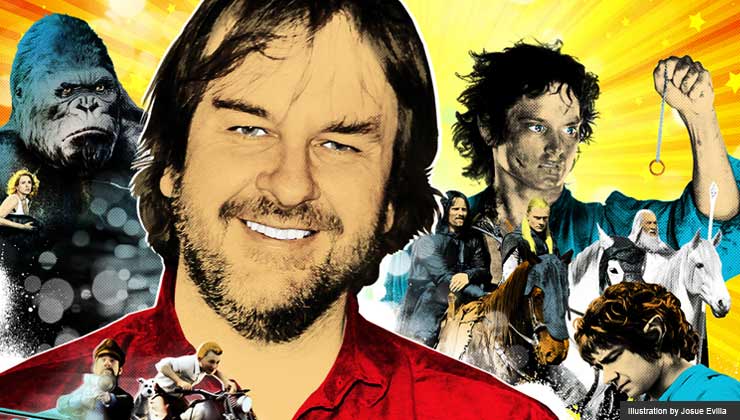 Lord of the Rings trilogy director Peter Jackson will oversee two Hobbit movies, set for release in 2012 and 2013.

When Peter Jackson turns 50 on Halloween, it won’t be the first Big 5-Oh milestone for the New Zealand–born film director. Back in 2005, two years after The Lord of the Rings: The Return of the King — the final film in his mega-successful Rings film trilogy — won just about every Academy Award imaginable, the formerly chubby filmmaker won a battle against his beltline, shedding more than 50 pounds. "I just got tired of being overweight and unfit, so I changed my diet from hamburgers to yogurt and muesli, and it seems to work,” Jackson said at the time.

Maybe it shouldn’t have been a surprise that slimming down came so easily to Jackson. After all, he’s the one who trimmed J.R.R. Tolkien’s Rings epic, which many in Hollywood considered to be too bloated and unwieldy to adapt to film, into three tidy movies, each of which garnered rave reviews and huge box office receipts. All told, the LOTR trilogy brought in nearly $3 billion and 17 Oscars, including a nifty eleven for The Return of the King, which won Best Picture in 2003 and earned Jackson trophies in the writing and directing categories.

The overwhelming financial success of those films took many by surprise, considering that Jackson had previously been best known for the 1994 art-house hit Heavenly Creatures, which introduced the film world to actress Kate Winslet and scored Jackson his first Oscar nomination for its screenplay; and The Frighteners, a comedy/horror mash-up starring Michael J. Fox that disappointed at the box office in the summer of 1996.

His post-LOTR career has included 2005’s King Kong and 2009’s The Lovely Bones, both highly anticipated films that didn’t duplicate the success enjoyed by the Tolkien trilogy. So after producing (in partnership with Steven Spielberg) the upcoming holiday season release The Adventures of Tintin, Jackson plans a return to Middle Earth: He’ll direct two films based on Tolkien’s LOTR prequel The Hobbit: An Unexpected Journey and The Hobbit: There and Back Again, set for release in December 2012 and 2013, respectively.