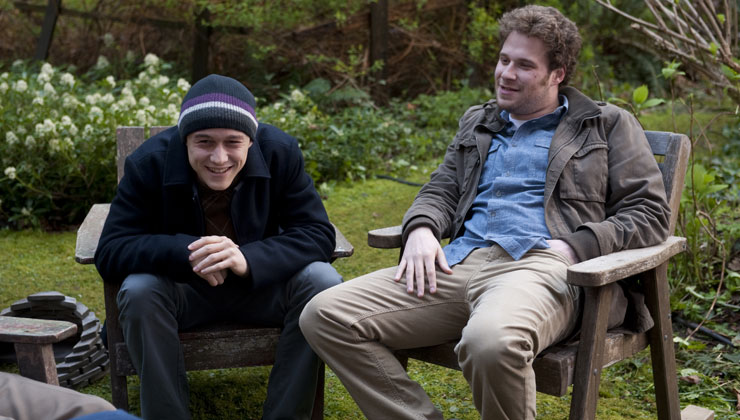 Hollywood: land of dreams, romance, riches and, of course, fabulous stars. All of which will be on display at AARP's celebrated Movies for Grownups Film Festival on September 22-24.

Martin Sheen, Emilio Estevez and Seth Rogen are just a few of the stars planning to attend the festival in downtown Los Angeles. Free with Life@50+ registration, the Movies for Grownups Film Festival features an array of new offerings, including a red-carpet premiere of The Way, written and directed by Estevez and starring Sheen. The father-and-son duo will walk the red carpet on Friday, September 23rd, and then introduce the film before the screening. Life@50+ attendees have the opportunity to be part of the first audience to view this moving account of a father following his son's footsteps into the Pyrenees.

Sheen is best known for his stunning performance as Captain Willard in Francis Ford Coppola's 1979 masterpiece Apocalypse Now, as well as his portrayal of the president of the United States in the long-running television series The West Wing, while his son, Emilio is perhaps most famous for his appearance as the jock in the influential 1985 John Hughes film, The Breakfast Club.

Other pre-release screenings featured at the festival include 50/50, an offbeat comedy starring Rogen about a twenty-something writer with a cancer diagnosis and an overbearing mother (Anjelica Huston), and the heartwarming Dolphin Tale, starring Morgan Freeman, Ashley Judd and Harry Connick Jr., about a group of men, women, and children who save the life of a disabled bottlenose dolphin.

Rounding out the festival lineup are screenings of:

• On the Shoulders of Giants, director Deborah Morales's compelling look at the 1939 basketball championship-winning Harlem Renaissance, arguably the best basketball team of all time.

• Beginners, starring Christopher Plummer and Ewan McGregor as a father and son coming to terms with a life-altering family secret.

"It's great to see Hollywood embracing the grownup audience and developing more projects with mature characters and storylines," says Nancy Perry Graham, vice president and editor of AARP The Magazine. "We're proud to feature some of these films as part of our film festival this year."

Since 2002, AARP's Movies for Grownups has been spotlighting outstanding films and actors. "Turning a certain age used to be considered a challenge in the movie industry," says Graham. "But that's no longer the case thanks to people like Helen Mirren, Harrison Ford, Meryl Streep and Betty White, to name a few. They've proudly embraced their age and it has translated to huge box office success. We hope to see this trend continue."

See the complete schedule of this year's Movies for Grownups Film Festival, and get more information about all the happenings at AARP's Life@50+ National Event and Expo.