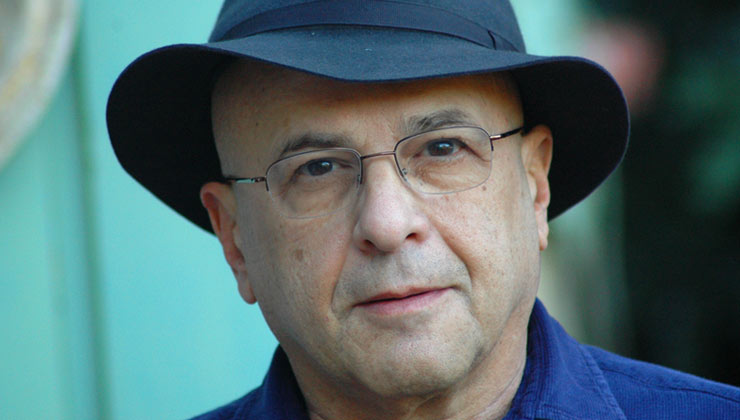 "It's a family-values movie." - Roger Simon

En español  |  Earlier this year, the Best Original Screenplay Oscar went to David Seidler, 74, for The King's Speech, a project he began researching back in the 1970s. Roger L. Simon, 67, is hoping he'll experience similar better-late-than-never luck when A Better Life, for which he developed the original script in 1989, comes under consideration during awards season early next year.

See also: Movies for Grownups review of A Better Life.

A Better Life tells the story of an undocumented Mexican gardener who is trying to be a good father to the teenage son he is raising on his own in Los Angeles. Since penning the original screenplay, Simon, a novelist best known for his Moses Wine detective series, has undergone a personal political transformation from liberal to conservative, but he says his intent for the film remains unchanged.

Q: Why did it take more than 20 years for A Better Life to make it to the big screen?

A: It's the classic Hollywood story: We had a lot of different people attached to it at various times, including Andy Garcia, but we didn't get the money.

Q: How did you come up with the idea for the story? Did you know some undocumented people?

A: I knew many. Back then, I was very much of a leftist. And I speak Spanish. I would make a point, like any good leftist, of talking with the people who work for me.  [Laughs] So I had some idea of who was illegal and who was not. And anybody who lives in California brushes up against this on a daily basis.

Q: Did you have a political agenda in mind for the movie?

A: It was sort of political, but it was more emotional. The situation on the border is very politically complex — and it's very different from when I first started working on the screenplay. We now have people from Hezbollah arrested coming across the border, and these people are not up to good. They've discovered Muslim prayer rugs and instruction sheets on martyrdom in the Sonoran Desert. My political attitude is, yes, for a guy like the hero of this movie, give him amnesty. But you better have a secure border if you don't want to get blown up.

Q: The film suggests that there has got to be a better solution to our illegal immigration problem, but it doesn't offer up answers.

A: I think that the role of a movie is to stimulate discussion and feelings. You can't possibly come to conclusions about something as complicated as what we do about our borders in this country in a film.

Q: So what did you hope the movie would convey emotionally?

A: This is a story of a father and son. The father's obviously a very good man who did something illegal, which was come to this country without applying. He did it at a time that we as Californians knew lots of people who were doing this. They were our gardeners and dishwashers, working at jobs and for pay that we wouldn't. So we're equally culpable for that part of the story. I think most people with a good heart would recognize that the father was doing everything for his son. That's why people with different political views can respond to the movie without having to get into fights. It's a family-values movie.

Q: Tell us about your political transformation.

A: During the O.J. Simpson trial, I watched racism going in the other direction, and I said, 'Wait a minute. I didn't sign up for this.' Then, when 9/11 hit, I realized that I was much more of a patriot than I thought I was. I realized that jihad was real. I take it very seriously. I also realized that free markets were better for the economy than socialism.

Q: But the changes you've made in your political views haven't affected the way you feel about the story that A Better Life tells?

A: Not really, but I'll leave you with another story. I had a housekeeper from Nicaragua, and she spoke no English so I spoke to her in Spanish and was involved in helping her get some papers.  When I was far on the left, I was friends with people in the Sandinistas. One day, one of them — the minister of culture — stayed over in my house. When he left the next morning, I see that my housekeeper is literally trembling. She asks me, "What was that man doing here?" I said, "He's a friend of mine. I've known him for many years. He's the minister of culture." She looked at me and said, "Those people shot my family." I think that was actually the beginning of my political transformation.