See also: Where to look for green jobs.

Director Brian Lilla's documentary paints a portrait of Chile's Patagonia region as a starkly beautiful, if severely isolated, area in which the Andes provide a backdrop for hardy gauchos, farmers and loggers. They've lived there for decades, love the bounties of nature and see no real reason to change.

But a large power company, Endesa, sees things another way. It claims that HidroAysén, its proposed $7 billion project, will create more than 200 jobs and eventually provide power for the capital city of Santiago. Doing that means damming the rivers and constructing a transmission line more than 1,200 miles long — one of the longest in the world — that comprises 6,000 towers between 200 and 300 feet tall on clear-cut land 300 feet wide. The result would be a nation virtually cut in half, according to the film. 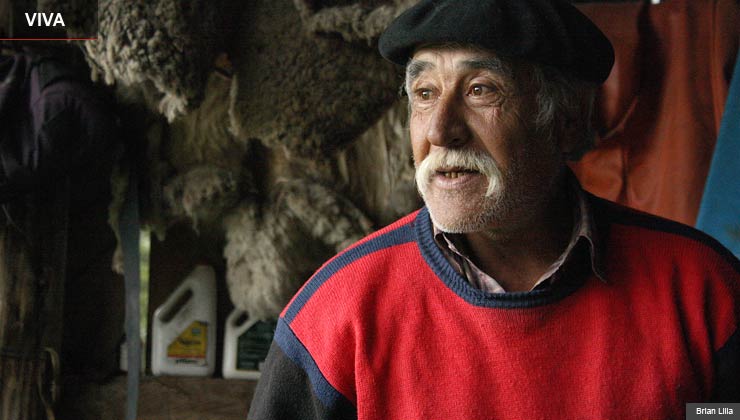 Juvenal Fuentes Arratia is a gaucho whose family will be affected if the dams are built.

Told in no-frills documentary style — with plenty of talking heads —Patagonia Rising gives a voice to the pro- and anti-dam forces, but its bias is clear. Though a HidroAysén spokesman claims the dams will be environmentally safe and that the rights of local citizens will be scrupulously protected, the film shoots down these arguments.

For example, while the company argues that local residents will be taken care of, the documentary points out that in its dealings on a previous dam project farmers were relocated to areas without access to water and that, despite promises of free electricity, the company now charges them the highest rates in the country.

Opponents claim that dams change the course of rivers, reduce terrestrial habitat, inhibit needed nutrients from reaching the sea and are unnecessary. They say Chile has major energy potential from solar, wind and geothermal sources.

There's major potential for a real sense of outrage to be displayed here. Ironically, the dry nature of the filmmaking often keeps that anger from coming through. Like too many documentary filmmakers, Lilla is so immersed in his subject that he tells too much. Do you really need to know about glacial melting and how residents deal with flooding?

Where Patagonia Rising really hits home is in the interviews with the locals, a relatively stoic bunch who talk about their love of the land, and how they fear the dams will change their way of life. Although some see the construction as an opportunity to sell and find a better place to live, most seem to echo the cry of one man, who asks, "Where do we have competent authorities to defend us?"

Where indeed? The project was approved by the Chilean government last year, and this April, the nation's Supreme Court rejected attempts by environmental activists to halt it. Ultimately, Patagonia Rising is not just another film about the ongoing degradation of our natural world; it's further proof, if proof were really needed, of that classic old maxim: Money talks.

You may also like: Precious Knowledge tells of Arizona ethnic studies fight