This big-screen adaptation of Joyce Maynard’s best-selling novel Labor Day is a tad too sentimental. But if you ask me, the critics — notably Entertainment Weekly, which branded a key scene “laughable”— have been way too hard on Oscar-nominated director Jason Reitman’s touching portrayal of a grownup’s yearning for love and romance.

The film’s two A-listers — Kate Winslet as single mother Adelle and Josh Brolin as con-on-the-lam Frank — are both capable of smoldering sensuality, and they deliver the goods. As in the book, the story is told through the eyes of Adelle’s 13-year-old son, Henry, played by newcomer Gattlin Griffith (and in voiceover by Tobey Maguire).

Watching his mother fall for a tragic figure while learning to cope with his own sexual urges, Henry brings a poignant intimacy to the drama. And in a scene as powerful as the one we all remember from Ghost — where Demi Moore and Patrick Swayze famously molded that suggestive lump of clay together on a spinning potter’s wheel — we get to watch this mismatched trio bond over baking a pie from scratch.

Poll: Demi is a sexy boomer. But, is she the sexiest? Vote now! 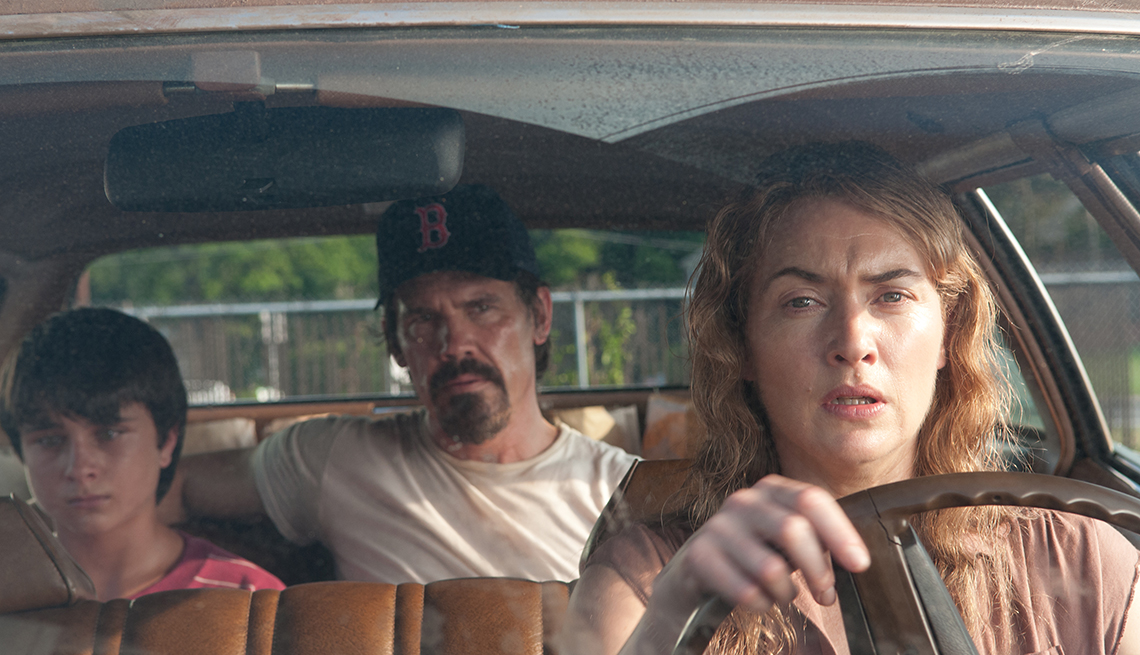 Kate Winslet and Josh Brolin star in Labor Day, based on the Joyce Maynard novel.

Set in a small New Hampshire town in 1987, Labor Day opens with a look at Adelle and Henry inside the rambling country home where most of the action takes place. We quickly come to know Adelle as a fragile soul and Henry as her protector.

It takes the agoraphobic mother every bit of psychic strength she can muster to venture out to the local Pricemart to buy her growing teen some new clothes; his floodwater pants tell us it’s been some time since Mom was able to make such a trip. Inside the store, Henry is accosted by a limping and gut-shot Frank, and Adelle is quickly persuaded— not at gunpoint, but forcibly — to drive Frank to her home. Turns out Frank’s an escaped convict from the local prison, where he’s been serving time on murder charges.

The rest of the movie uses a combination of flashbacks and present-day action to reveal the nuances of Frank’s character, the mitigating circumstances of his conviction, and the roots of Adelle’s social phobias. Reitman delivers complex characters to whom we can easily relate.

The message, though familiar, bears reinforcing: Look deeper at people reflexively labeled “bad” or “troubled” and you often find they’re nothing of the kind. We learn the degree to which Frank’s criminal act was (perhaps) forgivable and why, given what the woman has had to endure, Adelle’s efforts to be a good mother to Henry are nothing short of heroic.

Reitman presents two lost souls who come together, ultimately and appropriately, after enduring much scrutiny and loss. And they do it without injuring the child, whose perceptive take on the circle of justice closing in on Frank provides the moral constant of this tale.