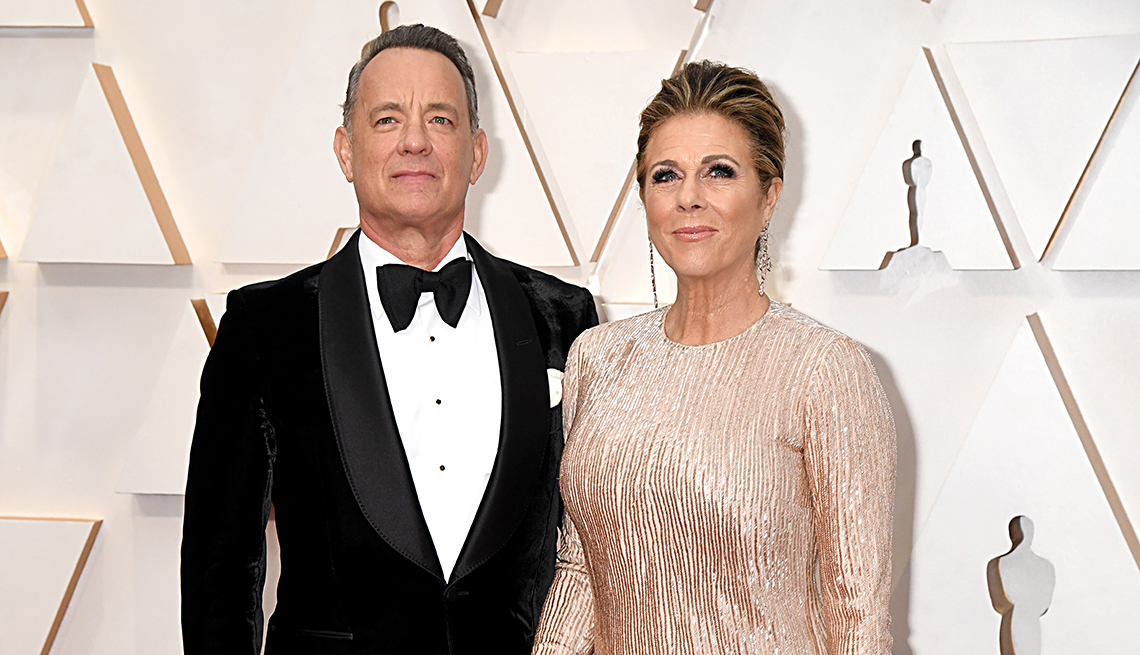 En español | Hanks and his wife, Rita Wilson, announced on Wednesday that they've both tested positive for the COVID-19 coronavirus and are now in isolation for 14 days in the Gold Coast University Hospital in Australia. Hanks has been in Australia preparing to play manager Col. Tom Parker in director Baz Luhrmann's film about Elvis Presley.

"We Hanks’ will be tested, observed, and isolated for as long as public health and safety requires,” Hanks wrote in a statement to the news site Deadline, later posted on his Facebook account. “We'll keep the world posted and updated. Take care of yourselves!"

The hospitalized Hanks and Wilson are both 63. Coronavirus risk increases with age, starting at 60, and diabetes is among the conditions that also increase risk. Hanks announced he had type 2 diabetes in 2013.

The statement from the film's studio, Warner Bros., said, “We are working closely with the appropriate Australian health agencies to identify and contact anyone who may have come in direct contact with [Hanks]. The health and safety of our company members is always our top priority, and we are taking precautions to protect everyone who works on our productions around the world."

Hanks’ personal publicist did not respond to requests for comment.

Wilson, a singer as well as a successful actress (Girls) and producer (Mamma Mia!, My Big Fat Greek Wedding), performed tunes from her fourth album, Halfway to Home, in Brisbane on March 5 and again on March 7 for about 200 people at Sydney's Opera House, where she sipped tea and some listeners reportedly thought her voice sounded raspy. Afterward, they dined at the 250-seat Sydney restaurant Mr. Wong. A restaurant spokesman told the Sydney Morning Herald that all staff who were within one meter of Hanks and his party are now in self-isolation, and “will be tested as the medical professionals deem appropriate [and] will not be back at work until we and they believe that it is appropriate.”

Production of Hanks’ Elvis film will be delayed, and the release of his next film, the World War II epic Greyhound, moved from May 8 to June 12. He has two other movies scheduled for release in 2020, the postapocalyptic sci-fi film BIOS and the Western News of the World, slated for Christmas Day.