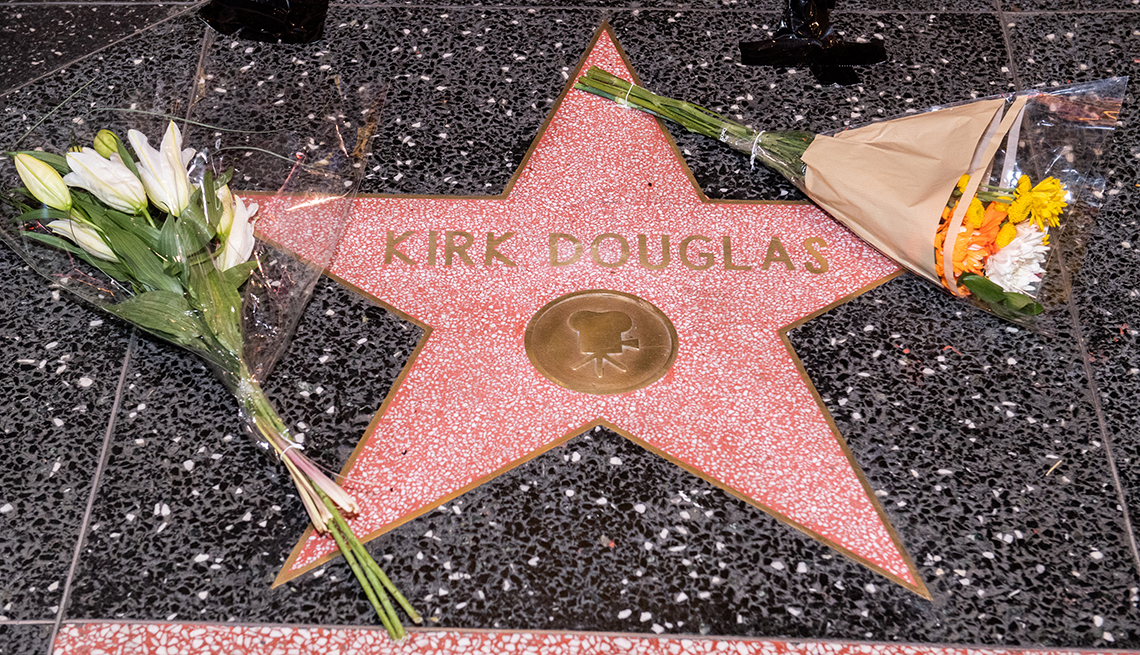 Flowers are placed at Kirk Douglas' star on the Hollywood Walk of Fame on February 5, 2020 in Hollywood, California.

Hollywood stars used social media to pay respect and tribute to the legendary actor Kirk Douglas, who died Wednesday at 103.

Director Steven Spielberg, who presented Douglas with an honorary Oscar in 1996, said he will miss Douglas’ “handwritten notes, letters and fatherly advice.” He also said, Douglas’ “wisdom and courage — even beyond such a breathtaking body of work — are enough to inspire me for the rest of mine."

Daughter-in-law Catherine Zeta-Jones, who married Michael Douglas in 2000, bid him a sweet goodbye on Instagram.

Gaynor, his costar in the 1963 comedy For Love or Money, said the film holds a special place in heart.

And Banderas, who is nominated this year as best actor for Pain and Glory, wrote a lovely thought about eternal life.