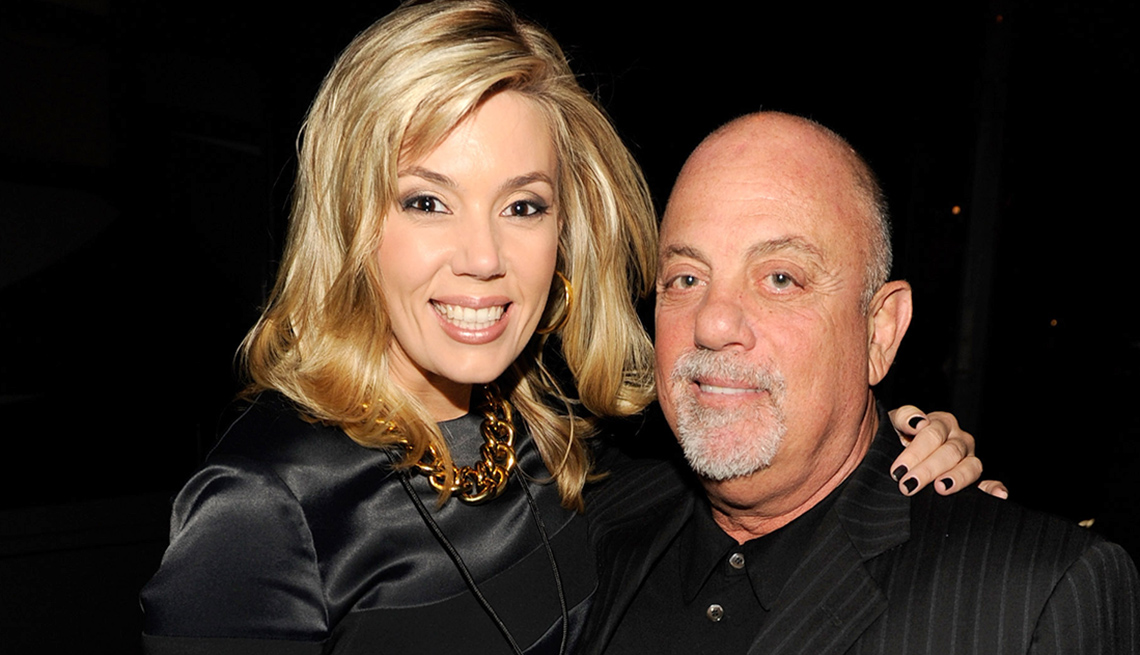 Billy Joel and his wife, Alexis, married in 2015 and have a 2-year-old daughter.

Congratulations are in order for Billy Joel, who is going to be a dad for the third time, at age 68.

The six-time Grammy winner told the Belfast Telegraph that his fourth wife, Alexis, 35, is due to have their second baby “next month.” The two have a daughter, Della Rose, born in August 2015. Since the lengthy interview took place in September, the baby could be due this month.

The Piano Man also has a daughter, Alexa Ray Joel, 31, with his second wife, Christie Brinkley.

When asked whether he was up for another round of sleepless nights, he said, “This one is pretty good,” referring to Della Rose. “She sleeps through the night. I hope the next one will.”

He continued, “I hang out with her and watch her little wheels spin. And she’s a hoot. She’s a funny kid. She loves to laugh. I like to make her laugh.”

Joel, who married Alexis in 2015, continues his residency at Madison Square Garden, where he will play his 45th show Friday.

Joel is just one of several celebrities who’ve become dads later in life. At 56, George Clooney became the father of twins, son Alexander and daughter Ella. Actor Steve Martin became a first-time dad at age 67, and Alec Baldwin had his fourth child, in 2016, at age 58.

The good news for all of them is that new research has uncovered a positive for men who have kids later in life.

A study of nearly 8,000 British twins out of King’s College London published in June shows that sons of older dads are more intelligent, more focused on their passions and more blasé when it comes to fitting in socially, all traits associated with being a geek, say researchers.

Scientists say the reason older dads have geekier sons might be because these dads are more likely to have well-established careers and a higher socioeconomic status than younger fathers, meaning their kids may enjoy greater access to better educational opportunities.